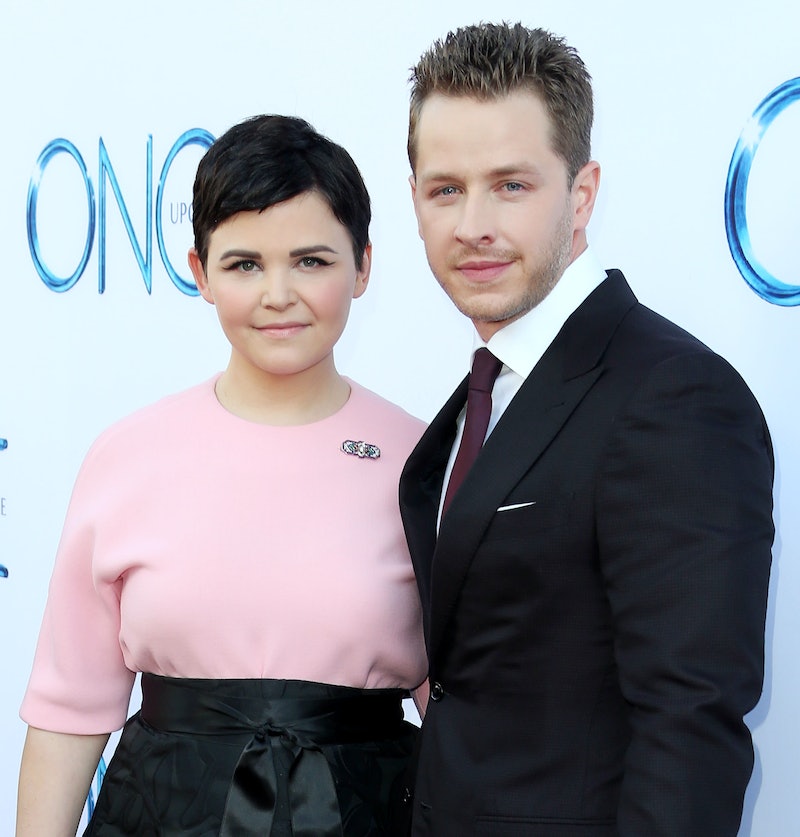 Their dreams just keep on coming true. Once Upon a Time stars Ginnifer Goodwin and Josh Dallas are expecting their second child, their rep confirmed to People on Tuesday. No other details were given, but this is most definitely exciting news for the happy couple. Seeing as they're already parents to 17-month-old son Oliver Finlay, they sure are creating one charming family.

Dallas previously spoke to People about Goodwin as a mother. As you might've guessed, he couldn't help but gush about his wife. He said, "It’s extraordinary because she is, literally, the greatest mother that I know. It’s extraordinary to have your partner, who you’ve known all this time, blossom into this woman … who is so nurturing, so caring and just so cool. She’s so cool and she’s a cool mom. It’s great."

Well, I have no doubt that both will continue to be amazing parents once their second child arrives. Just think: If they have a girl, Goodwin and Dallas will be basically living the life of their characters. For those who don't watch OUAT, not only do they play couple Snow White and Prince Charming on the ABC series, but their characters are also parents to Emma Swan and Prince Neal. Here's hoping it's a girl!

Also, does this mean Goodwin's character will be pregnant on the show? I guess fans will just have to wait and see. Congrats to both on the happy news!

More like this
You’ll Most Definitely Recognise Kyle Pryor’s Soap Star Girlfriend
By Sophie McEvoy
At 14, Pauline Chalamet Fell In Love & Danced ‘The Nutcracker’
By Grace Wehniainen
‘The Mosquito Coast’ Book Ending Includes A Major Character’s Death
By Brad Witter
'Wednesday’s Percy Hynes White Is Reuniting With Jenna Ortega For A New Film
By Grace Wehniainen
Get Even More From Bustle — Sign Up For The Newsletter