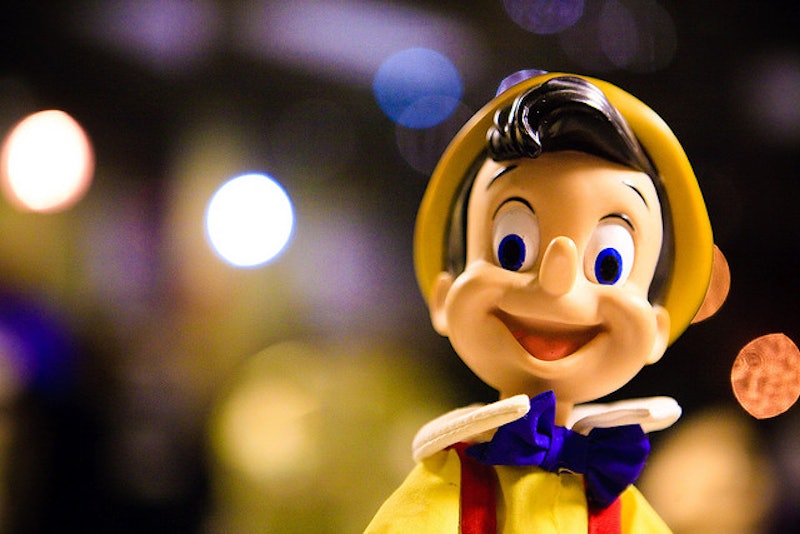 Because the news isn't filled with enough yuck yet, a new study from the University of East Anglia claims to have identified the most dishonest countries in the world. The good news? They've also named the most honest countries, too! Not all is bad and mean! Hope is not lost!

The study, presented at the London Experimental Workshop earlier this week, did not actually test every country in the world, so perhaps my earlier statement was a bit misleading. They did, however, select their pool of subjects to reflect diversity in regions, social trust, and development; Brazil, China, Greece, Japan, Russia, Switzerland, Turkey, the United States, Argentina, Denmark, the United Kingdom, India, Portugal, South Africa, and South Korea all made the list.

An average of 100 people from each country participated in a two-part online survey which tested their willingness to cheat when incentivized. (In other words, they were offered money to lie. Ack.) The first test was fairly straightforward: Subjects were asked to report the results of coin tosses, and were offered between $3 and $5 per flip to make false reports of heads. The second half featured an online music quiz in which participants were offered money should they receive a perfect answer. They were asked to not look up the answers on the Internet. And, uh, a lot of them did.

So who, ultimately came out on top — er, on bottom? Who lied the most, basically? Here are the findings three of the... shall we say, questionable countries in the world; the full paper is readable for free here, so check it out if you want to know more.

Over 70 percent of Chinese participants cheated on the coin toss portion, in stark contrast to the 3.4 percent of UK subjects. They didn't fare much better on the second half, either, though those results are slightly more debatable: The music quiz was made to be extremely difficult, with three questions that were virtually impossible for participants to answer correctly. The only country to test higher than China on the exam was Turkey. Oops.

Interestingly, the top four "dishonest" countries for the coin toss were all Asian — China, Japan, South Korea and India, respectively. When it came to the quiz, these results were much more scattered. Japan, in fact, was ranked the most honest in the second portion. The study's head researcher, Dr. David Hugh-Jones, posits that the cultural differences regarding opinions about gambling could be at play. Unfortunately, India still ranked third in cheating on the music quiz.

I think that if a study is testing peoples' willingness to lie when incentivized, a country's GDP should come into play. And, oh, it did: China, India and Brazil collectively fall into the lower end of the spectrum GDP-wise, especially when compared to Western powers like the United States and Great Britain. Huh. Imagine that.

Personally, I don't think this study should be interpreted as a condemnation of a country's inherent morality, not when we live in a capitalistic society that places a premium on the acquisition of wealth. Sorry, dudes, but it's true.

More like this
Yes, You Can Really Charter Below Deck Med’s New Superyacht, Home
By Brad Witter
5 Ways To Stand In Solidarity With Women In America From The UK
By Sophie McEvoy
How To Fight For Reproductive Rights, Based On How Much Time You Have
By Courtney Young
The 15 Best Passport Holders
By Megan Gray
Get Even More From Bustle — Sign Up For The Newsletter