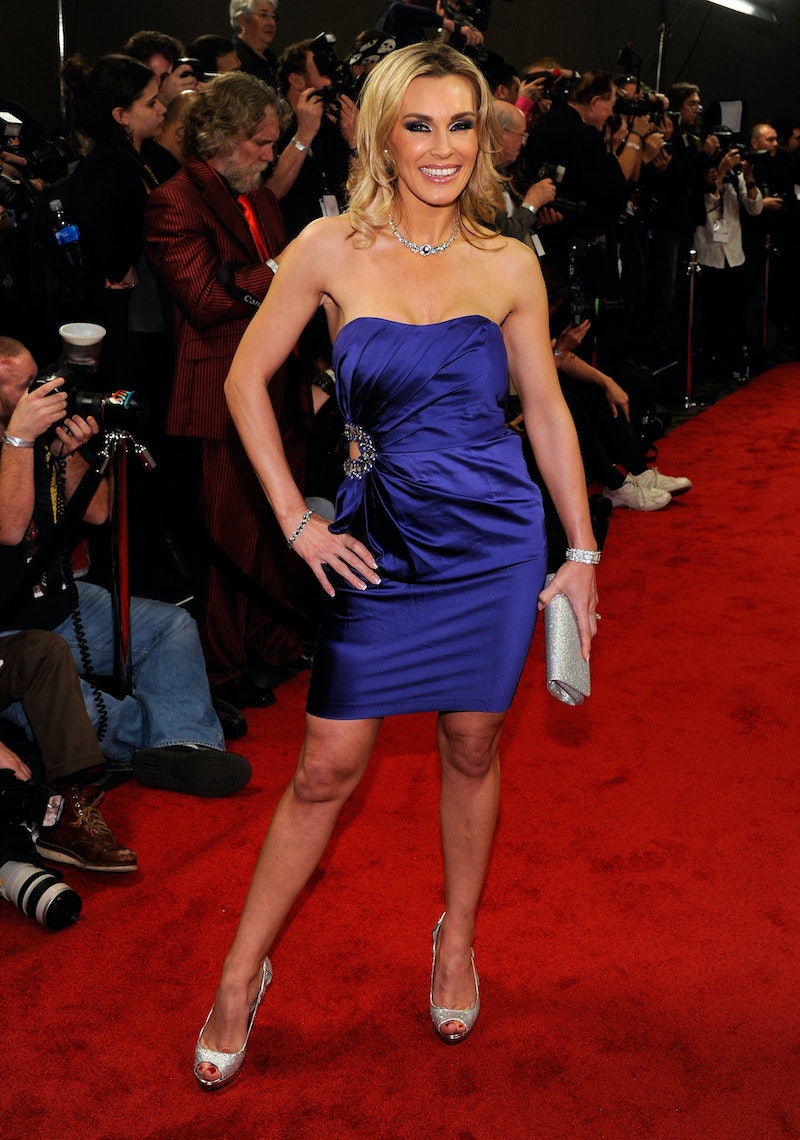 It's a Marvel thing. You know, like how Stan Lee used to remember his character's names? They all had the same first and last name initials: Bruce Banner, Peter Parker, Susan Storm, Reed Richards, and Matt Murdock. At one point when I was living in the UK I was given the nickname of "Top Totty" at the gym I attended. I liked the initials TT, and so Tanya Tate was made.

My stage name came about because I'm a huge Carlos Santana fan! I knew what I wanted my last name to be, and when I spoke with my agent at the time they said there hadn't been a Santana in a while so it was perfect! Now as for my first name, I had no clue. I actually really suck at coming up with names. Even when I was a stripper, the bouncers came up with my name. So I let my agents at the time come up with it. We voted, and "Sadie Santana" was born.

In 1997, I had shot a few magazines and softcore shoots in Manhattan without having determined my name yet. I always felt "Steele" was an appropriate name for a male performer. One afternoon while exiting the subway in Midtown NYC on my way to see a client, the street sign read "Lexington Ave." The collaboration of the two names – "Lexington" as a first name, "Steele" as a last name – made perfect sense and sounded great to me. Whether using "Lex" or "Lexington," it fit so well and was relatively unique.

Long story short, I picked "Nina" mainly because it's a name that Japanese tourists could pronounce (I took Japanese as my second language in high school). Also, I have ancestors from Alsace-Lorraine, and "Nina" is a name from that region. As for "Hartley", I chose that because it's close to my real last name, and I was a fan of Mariette Hartley on the Polaroid commercials she did with James Garner back in the '80s.

I wanted to choose something catchy. "Missy" was a nickname I'd had growing up and I wanted to embrace my heritage, so "Martinez" paired well with the first name and it all made sense.

I chose "Jessica" because I wanted an actual girl's name opposed to naming myself after a car or a fruit. "Drake" came from riding in the back of a pickup truck in Texas with my fingertip on a map – it landed on Drake, Arizona. "Jessica Drake" became all lowercase when I couldn't decide how to sign it on posters at my first convention when people wanted my autograph - I hated my capital "J". I went home and practiced signing it, and loved the name all in lower case: "jessica drake." Now I realize the submissive implications, but that works for me, too.

Before even getting into adult work, my partner asked me to grow out my pubic hair since he was a fan of it (I had a short-trimmed landing strip at the time). Once I did, it was long, straight, and very soft. I was told it was as soft as a cute little animal, like a mink! "Mindi", on the other hand, just seemed like a good fit with the surname.

Having a a cool porn name wasn’t what was important to me when choosing the name "Kelly Madison", rather it was choosing a name that I could relate to but most importantly that I could purchase the .com for. I also wanted something similar to my real name so that I didn’t end up with an identity crisis. My husband and I purchased a baby name book to research popular names and back in 1999 the most popular was Madison. I thought that would be a nice last name – it seemed smart, trendy, and I just liked how it read. My real name is Ellie, but unfortunately elliemadison.com was already gone. So I put a K in front of my name, and KellyMadison.com was born.

More like this
GIRLI & Q Fell In Love At A Skatepark & Never Looked Back
By Jessica Morgan
Juneteenth Is Now A Federal Holiday — Here's What That Means
By Lani Seelinger and Syeda Khaula Saad
Melony & Gia Prove That Couples Who Grow Together, Stay Together
By Jessica Morgan
Are Cancer & Sagittarius Compatible In A Relationship?
By Kristine Fellizar
Get Even More From Bustle — Sign Up For The Newsletter