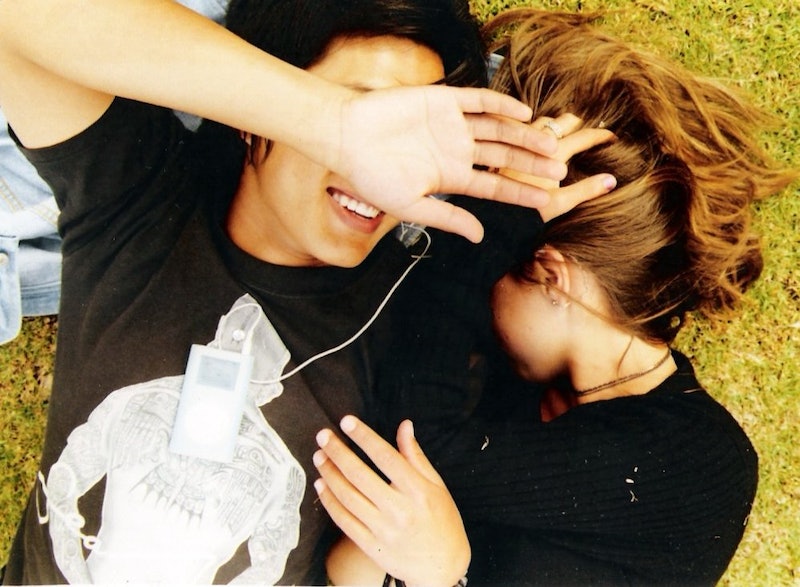 Ah, the elusive successful Friend With Benefits relationship. Despite the number of young people who put FWB on a sex pedestal, there's little evidence that these are as easy to pull off as we might think. In theory, you've got the best of both worlds. In practice, things risk getting murky. Betty Confidential recently investigated with an infographic showing results from a survey of 1,000 U.S. undergraduates.

51 percent of respondents reported having a FWB experience. The main advantage reported was "no commitment" with "have sex" as a close second. Yet no-strings-attached sex also leads to the main disadvantage, identified as "develop feelings." And one person developing feelings can be anathema to the relationship, with only 9.8 percent of FWB relationships becoming romantic.

I had some friends weigh in on the whole FWB thing to try and figure out if it's all it's cracked up to be.

The consensus is that people who succeed at being FWB have it good, "as long as its a healthy, respectful relationship," said Natasha, 22. "Sex is just sex, so if you're just in it for the physical enjoyment, then why not?" Then there was refreshing honesty: "I think for a lot of guys, the personal policy is 'I want to have sex with attractive women,' without many other caveats," said Jonathan, 20. "It sounds ideal," explained Zoe, 22. "You get to have sex without the stress, longing, and complication of a relationship." But only one friend seemed to have attained that ideal. Audrey, 21, told me, "I've done it before and it's easy as pie. He was my study buddy and we would take breaks together."

For some, FWB means having to stifle emotions, and jeopardizing the friendship along the way. "Unless you're wildly good at keeping sex and emotion completely separate, a 'friends with benefits' relationship shouldn't be regarded simply as a friendship," explained Jason, 24. "It's an anti-relationship relationship. Which is inevitably more complicated than a natural relationship."

For many of us, it's biologically hard not to get attached, since we're programmed to want to stay with our sexual partners (blame the bonding-inducing oxytocin that's released in both men and women during climax). This means finding ways to remain detached from your FWB. For some, this is with an expiry date. "It's a relationship that is usually transient, temporary," said Jason. "It's fun while it lasts but should be treated with maturity in order to remain drama-free." Jason's not alone. "I don't know if it's really sustainable in my life to have a constant 'friends with benefits' relationship. I would lose interest after the first few times [...] or end up wanting more from the relationship," said Beth, 24.

For others, keeping emotions at bay comes down to having multiple partners. "Honestly, more than one at once is the trick because then you really don't get attached," explained Natasha, 22. "I think three is the perfect number. The same three people but spread out."

So is it really possible to have a healthy FWB relationship? Seems like the answer is yes, but with a good amount of discipline. "[As much as] I would like a friends with benefits thing, [the] truth is I fail at it every time," echoed Zoe, 22. "Once I have sex with a guy, my vagina becomes emotional and needy although my heart stays cold. And vagina always wins."

Call me old fashioned, but if you like someone enough to be friends with him or her, and you're attracted enough to want to have sex, why not date? FWB are supposed to be easier than relationships, but they actually seem much more complicated—and emotionally confusing.

More like this
How To Be A Better Lover Inside (& Outside) The Bedroom
By Jessica Estrada
35 Sexy Texts To Send Your Partner
By Griffin Wynne and Carolyn Steber
What’s An Open Relationship, Actually?
By Lexi Inks
Are Cancer & Cancer Compatible In A Relationship?
By Kristine Fellizar
Get Even More From Bustle — Sign Up For The Newsletter