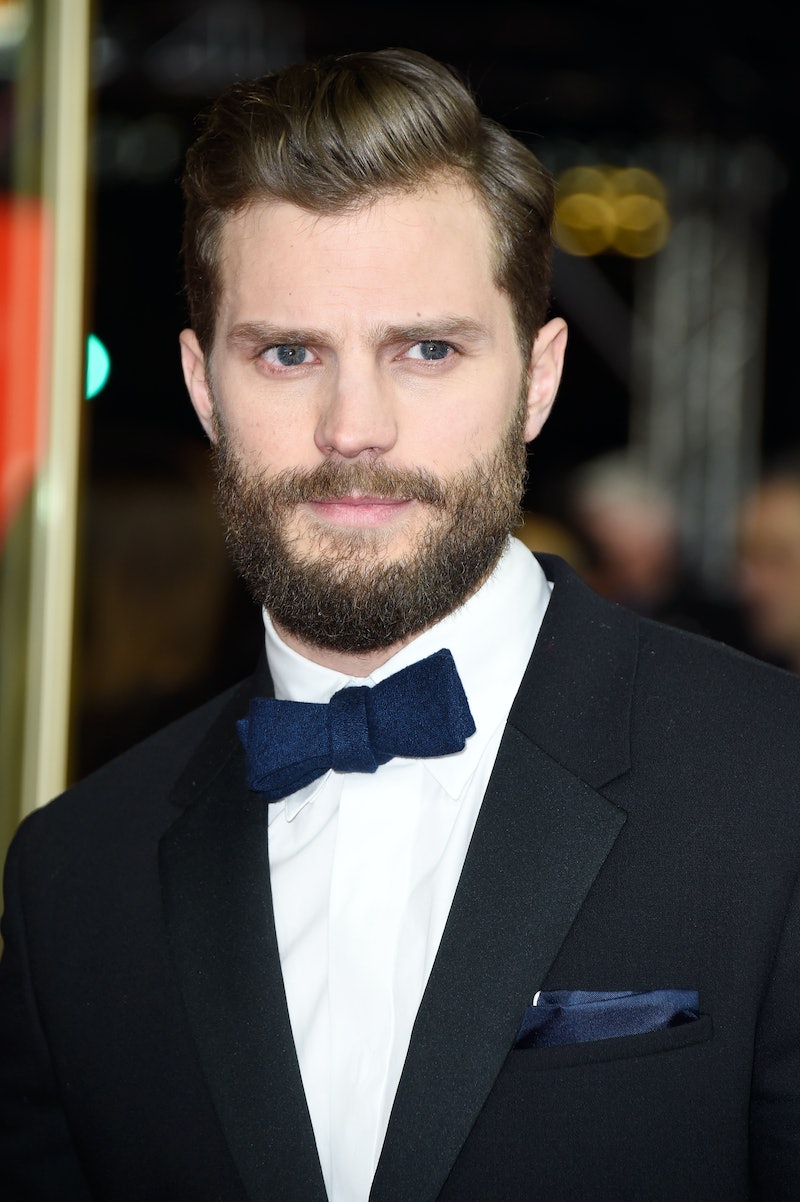 Chris Hemsworth is no longer the sexiest man in America, ladies and gents. ICYMI — David Beckham was named People's 2015 Sexiest Man Alive on Tuesday night during Jimmy Kimmel Live! and all I have to say about this is that Jamie Dornan got robbed.

I first fell in love with the Irish actor when he appeared in one of my favorite movies, Marie Antoinette, starring alongside Kirsten Dunst as Count Axel von Fersen, and their steamy bedroom scenes were enough to seriously catch my attention. Then he popped up on the first season of ABC's hit show, Once Upon A Time, portraying just about the hottest sheriff I ever did see, and I had a feeling it wouldn't be long until he rose to leading man status. Let's just say, his fame has skyrocketed 50 times since that.

Though Dornan has always been ruggedly handsome, his casting as Christian Grey in this year's highly buzzed about 50 Shades of Grey adaptation made him an obvious choice for Sexiest Man Alive. I mean, it was the sexiest movie of the year. How could he not be honored?! I did not see this coming. Someone pass me a tissue box.

In addition to being insanely gorgeous, Dornan is also seriously stylish, so let's take a look back at his style evolution from burgeoning actor to Sexiest Man Alive, IMHO.

Granted, this isn't his own street style or anything, but he is ROCKING that hat. Wouldn't be sorry if someone brought that back as a trend.

In all seriousness, the first time we got a glimpse of his red carpet style was at the movie's premiere in 2006, and that black/blue combo was everything.

Fast forward to 2009, and we can see that he's perfected the dressed-up-but-still-cool-guy vibe.

Dornan showed off his dapper side at the TV BAFTA's in 2014.

He doesn't even neglect style when playing a sport.

As his fame began to grow, so did his hipster vibes. I'm not mad.

...but he proves he can work a suit just as well as skinny jeans.

Clearly, he likes to golf. Also demonstrating how to wear a pullover sweater and make all the girls SWOON.

You'll get 'em next year, Jamie!