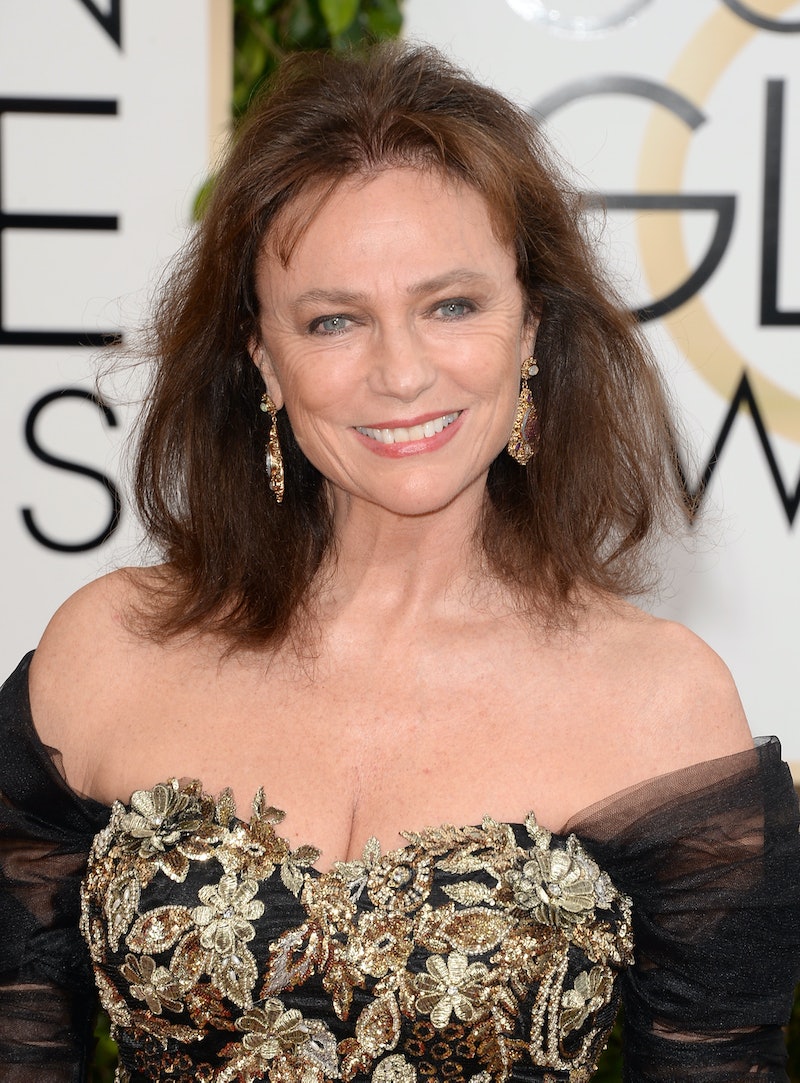 Jacqueline Bisset had a fever dream at the 2014 Golden Globe Awards that incidentally coincided with real life, resulting in a terrifying twist and turn towards the stage and award show infamy. The esteemed actress, who picked up the Supporting Actress in Television award for her role in Dancing on The Edge, found herself ( ...eventually) bleeping her way through an extended speech that left everyone equal parts confused and amused beyond a reasonable doubt.

Upon picking up her Globe, the actress took her sweet time roaming the tables at the Beverly Hills Hilton, thanking every friend, enemy, colleague, and father of Angelina Jolie in person that she could find. After that hop, skip, and a stroll up onto the stage (via the long, long, long way 'round the back, behind the curtain, and through the wormhole), Bisset waited several minutes to compose herself with a quick giggle and a sigh before... swearing up a storm. "I can't believe this, god knows you've nominated me about 5 times... anyway. OK. Scottish background to the front! OK. I always wanted to do something for the BBC and we did this and this was great. Chiwetel where are you? I need you for inspiration."

The actress took another moment to ignore the music trying to play her off before continuing: "I'm sorry I"m going to get this together. I want to thank the people who've brought me joy — and there have been many. And the people who've given me shit, like my mother, who said 'go to hell or don't come back.' However, my mother was not entirely mean." Unfortunately, NBC only managed to bleep the part leading up to "shit," (but not the therapy session about her mother) making censorship completely ineffective. But the whole event was not without knowledge dropping: did you know forgiveness is the best beauty tip a girl can have? It's true!

All we can do is say thank you, Jacqueline Bisset. For every confounding minute of your life. Watch it below:

More like this
You Definitely Know The Voice Of Shuri's AI In 'Black Panther: Wakanda Forever'
By Brad Witter
Jodie Turner-Smith & Joshua Jackson's Relationship Timeline Includes Her Proposing
By Jake Viswanath
J.Lo Wants To Make A Sequel To This Movie With Ben Affleck
By Jake Viswanath
Amanda Gorman Shared A Powerful Message On Meghan Markle’s Penultimate Podcast
By Darshita Goyal
Get Even More From Bustle — Sign Up For The Newsletter