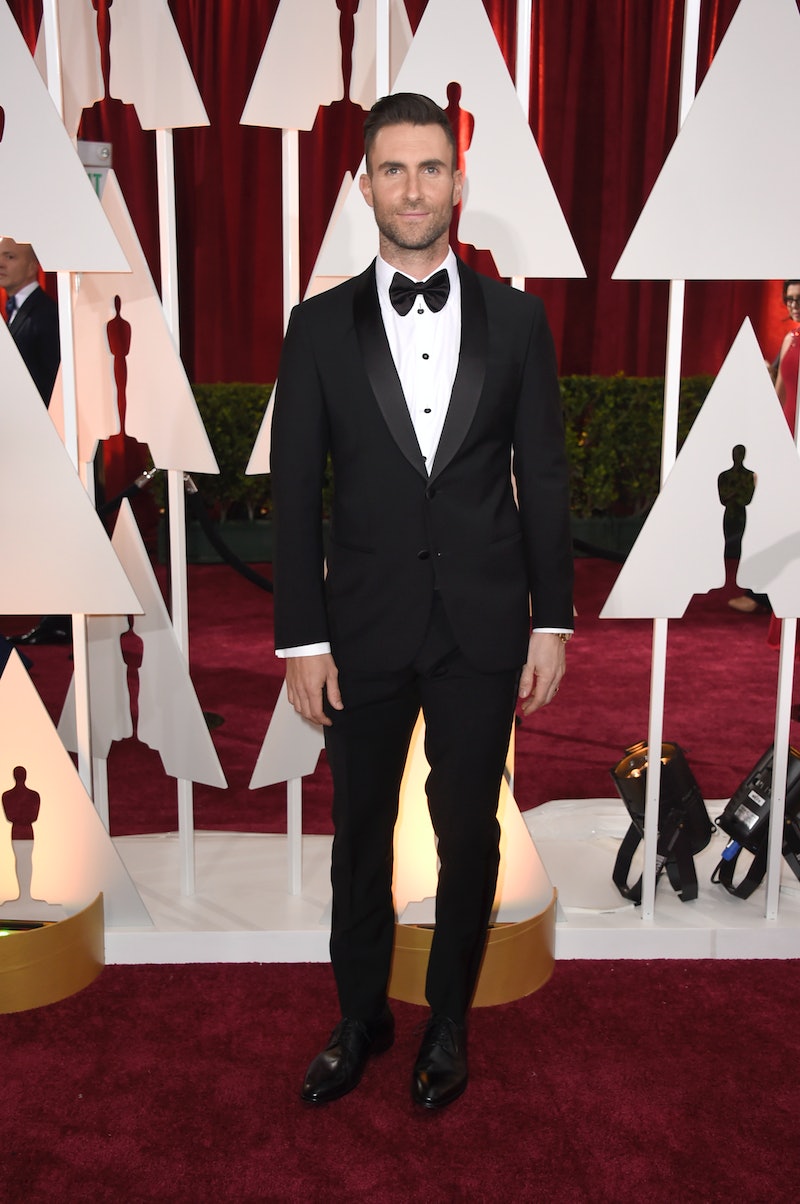 It's almost time for our first (and hottest) gift of the season — People's annual Sexiest Man Alive issue hits newsstands on November 20. The upcoming reveal has the fashion-obsessed reflecting on not only the hottest past winners, but also the most stylish former Sexiest Man Alive honorees. Lucky for us, Jimmy Kimmel will be revealing this year's winner on his show tonight, so maybe we'll have a new men's style icon to consider before Friday.

The ever-gorgeous Chris Hemsworth has been the reigning Sexiest Man Alive since his 2014 win (and hilarious Kimmel reveal), but sadly, it's time for him to pass on the torch. This year's Sexiest Man is anyone's guess — will it be a first-timer, like Justin Timberlake, Jamie Dornan, Jake Gyllenhaal, or Thor's little bro Liam? Or a previous winner? Ryan Reynolds could totally take the crown again. But I also wouldn't be mad about it if they just kept Chris on the throne.

Of course, not all of the sexiest men alive are "stylish." (Channing Tatum, I love you, but you've made questionable red carpet and street style choices.) But plenty of them are, and it seems like these days, a solid fashion game comes with the territory.

Here are the nine most stylish Sexiest Men Alive since its inception in 1985, ranked from pretty good to style on point.

OK, so he may be into cargo pants in his spare time just like any other 70-something, but can we take a moment to appreciate how stylish he was back in the day? Swoon.

As much as I loved his rad tracksuits in Good Will Hunting, Affleck's dapper red carpet style puts him at number seven on my ranking. I mean, look at that purple pocket square.

Gone too soon for more reasons than one, but his iconic Kennedy style certainly lives on.

Even though we didn't see him in a shirt for, like, three years (which is probably one of the reasons he won in the first place), Matthew knows how to take a red carpet fashion risk that pays off.

No one does rocker style like Adam Levine — I mean, that Canadian tuxedo looks like it could set fire on him. Working. It.

His trendy-meets-dressed down Aussie style is just one of the many, many reasons to obsess over last year's winner. His best red-carpet accessory? His lovely wife, Elsa Pataky, who's almost always by his side.

I don't know what puts Ryan Reynolds in second place — the luxe velvet suit he wore to the Met Gala last year, his cool-guy street style, or his love for skinny ties.

There's a reason Clooney's been named People's Sexiest Man Alive twice. The guy is unfailingly classic, especially when it comes to his style.