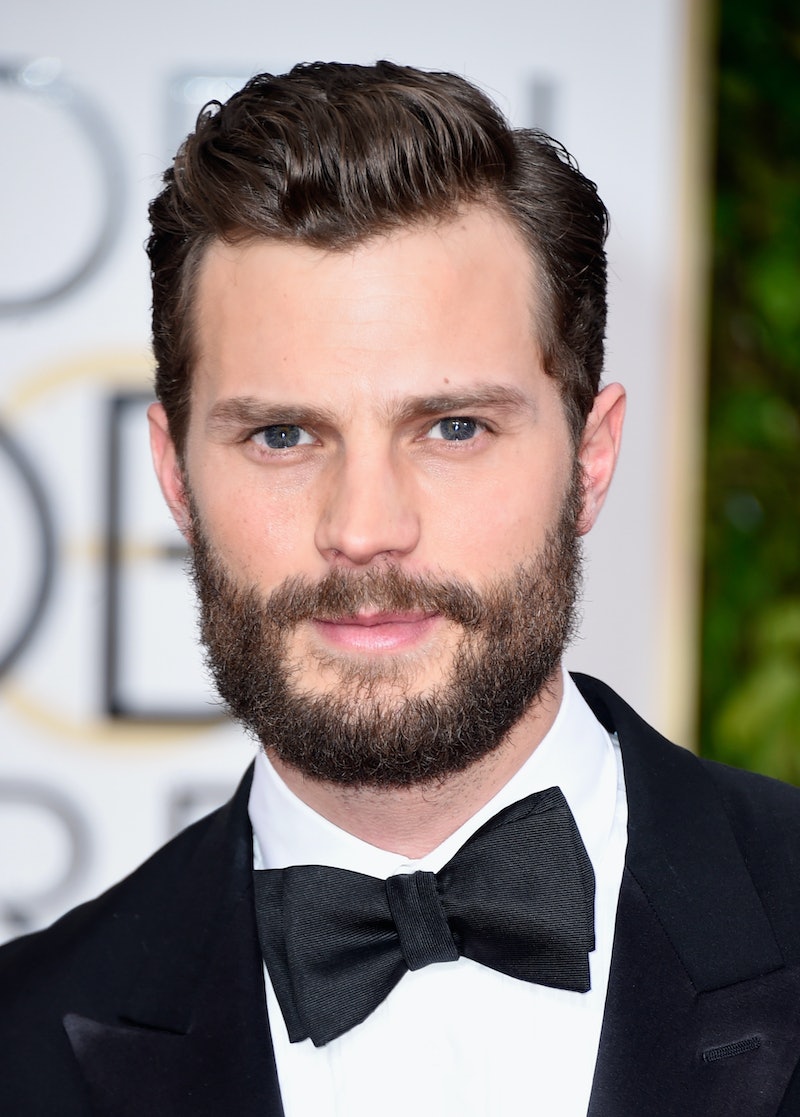 Sexy is the in the eye of the beholder, amirite? While that may be true, People's Sexiest Man Alive 2015 award has always gone to the universally gorgeous. Some of the all time greats like Ben Affleck, Brad Pitt, and Johnny Depp have taken home the award. This year, David Beckham is the Sexiest Man Alive, but I personally think that the honor should've gone to Fifty Shades of Grey star Jamie Dornan. Why? One look back at Jamie Dornan's best red carpet looks and you'll see why.

Dornan landed on everyone's radar this year when he was cast as the dominating, filthy rich, and insatiably kinky Christian Grey in Fifty Shades of Grey alongside his costar Dakota Johnson. I mean, this obviously made Dornan a contender for the award: Women everywhere have been fantasizing about a real life, in the flesh Christian Grey since the book the movie was based on went viral.

Little did we know, Dornan has not only been hot for a hot minute. In every red carpet event he's attended, Dornan has looked on point in the sexiest of suits. The Northern Irish actor has been on the scene since 2006, when he appeared in Sofia Coppola's Marie Antoinette and then when he was Sheriff Graham in the TV series Once Upon A Time.

Sadly, he's not this year's Sexiest Man Alive, but maybe next year, Dornan! At least we have his best red carpet moments to soothe our pain.

As great as he looks all buttoned up, less is kind of more, don't you think?

Another tux, another red carpet win.

Even in a casual getup, he looks so good.

OK, so this was taken at a gold course, not a red carpet, but can we all just admire how athletically handsome he is?

Not many people can pull off this monochromatic look, but I have to say, I'm digging it on Dornan.

While we're at it, let's talk about Dornan's most recent golf ensemble. If this acting thing doesn't work out, I'm hoping Dornan goes into professional golf. It'd be one reason for me to watch the sport.

More like this
Dakota Johnson Reveals Why Filming Fifty Shades Was “A Battle”
By Rachel Mantock
The Best Plus-Size Looks From The BET Awards
By Dominique Norman
9 Celebrity Couples With Matching Tattoos
By Jordan Murray
The $6 Drugstore Beauty Product Taraji P. Henson Uses Every Single Day
By Danielle Sinay
Get Even More From Bustle — Sign Up For The Newsletter