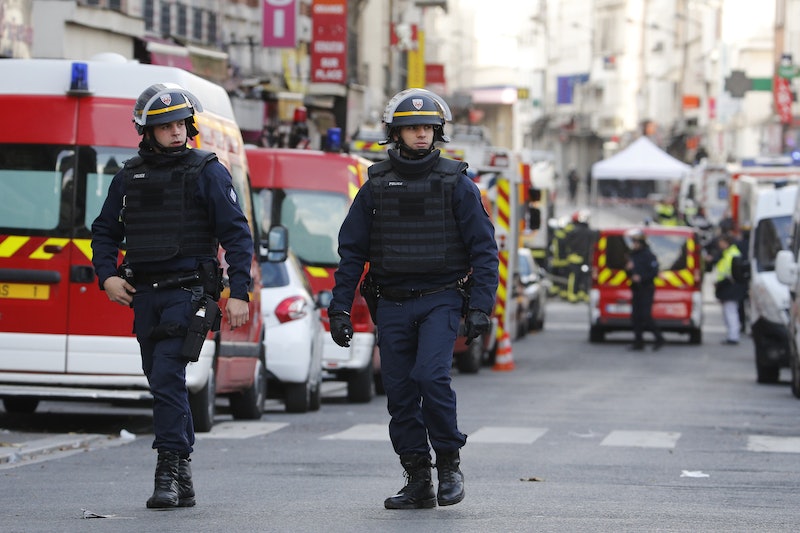 Update: French prosecutors on Thursday confirmed Abdelhamid Abaaoud, the believed brains behind last Friday's attacks, was killed in the Saint-Denis raid. DNA from the scene revealed Abaaoud's remains, said to be riddled with bullets, were inside the apartment. Abaaoud's body was also identified by fingerprints, according to the prosecutor.

Earlier: According to two senior intelligence reporters, after an early-hours police raid in the Paris suburb of Saint-Denis Wednesday, suspected Paris attack organizer Abdelhamid Abaaoud is dead. If true, this news brings a small sense of closure to the horrific tragedy that has gripped France, and the world.

French officials have said that eight people were arrested during the operation, including three who were inside the apartment. At least three police officers were injured, and one police dog, Diesel, died during the operation. The suspected terrorist group that was inside the apartment was believed to have been planning another assault in the city.

The major police operation began at 4:30 a.m., and videos of gunfire and explosions taken by residents quickly made their way onto social media. Roads were closed, public transit in the area was shut down, and residents were told to stay inside. The raid began to wind down at around 8:30 a.m., though operations continued well into the day.

After seven of the eight perpetrators were confirmed dead during the attacks, an international manhunt began for suspected assailant Salah Abdeslam, as well as Abaaoud, who was believed to have been the mastermind behind the attacks. On Tuesday, Paris officials also confirmed that a possible ninth assailant is at large, after surveillance tapes revealed there was a driver of a vehicle which carried two gunmen who opened fire at a sidewalk bar on Rue de la Fontaine.

Abaaoud was long a high-level target of Belgian authorities, and his presence in Paris came as a shock. It was previously believed he was in Syria.