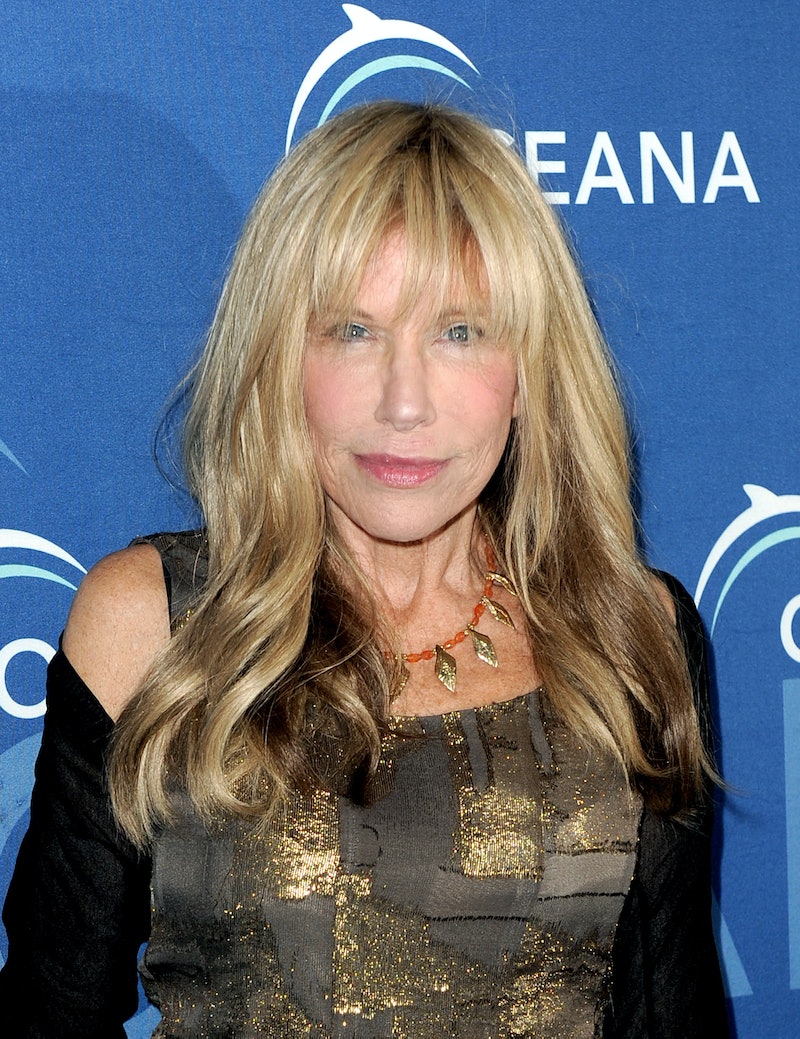 If it looks like a duck, quacks like a duck, and walks like a duck, it is most definitely a duck, y'all. At least, that’s the lesson I’ve learned after the People interview during which Carly Simon revealed "You're So Vain" is about Warren Beatty. She said, “I have confirmed that the second verse is Warren.” So, while he's only part of the song, she quite hilariously also lets us all in on the fact that, “Warren thinks the whole thing is about him!” I mean, you can’t really blame the dude at this point, can you? You know, even if he was, at one point, “so vain.”

Simon’s admission is not at all shocking, but it is totally gratifying. Why? Because it means that we were all right. Is there a better feeling than that? Probably not. But this whole “You’re So Vain” debacle has got me thinking — how many other modern revenge songs have we expertly decoded only to be shot down by the objecting lyricist in question? That’s right, people. Too many. From here on out, I’m going to be more confident in my lyrical detective work as you should be. Because, the way I see it, these musicians aren’t as stealthy as they think.

In honor of Simon’s “You’re So Vain” confession, here are six other revenge songs we are probably (totally) right about.

Mayer claimed that this song wasn't about Jennifer Aniston, despite us being pretty sure it was. He explained to Playboy , "I feel bad because people think 'Heartbreak Warfare' is about her. I wanna go on record saying it's not. That woman would never use heartbreak warfare. That woman was the most communicative, sweetest, kindest person." Dost thou protest too much? I will agree that Aniston seems like the "sweetest, kindest person," but I also know that being sweet and kind doesn't exempt you from having a tumultuous relationship with someone. Just sayin'.

Like Simon with Beatty, there wasn't much that could convince me that this song wasn't about Naya Rivera. In an interview Big Sean did with Complex , the magazine said, "Despite stressing that the song was not about his ex, he later admits that he 'wrote the last verse and [the line] 'and everyday I wake up celebrating sh*t, why? Cause I just dodged a bullet from a crazy b*tch,' about the breakup with Rivera.'" So, yeah, that misogynistic lyric didn't happen off the top of Big Sean's head.

Everyone knows this song is about Uncle Joey. Dave Coulier told BuzzFeed that, when he asked Morrisette if the song was about him, she said, "Well, you know it could be a bunch of people. But you can say whatever you want." Now, I don't think Morrisette is lying. Why? Well, because Simon also says "You're So Vain" is about a "bunch of people," and Beatty.

Why haven't musicians learned yet that, if you wrong a fellow musician, you will most likely be publicly ridiculed via a very unflattering song? If you didn't know, this particular revenge tune is said to be about Brand New's Jesse Lacey's girlfriend cheating on him with Taking Back Sunday's John Nolan, who was his friend. And by "said to be about" I mean, it totally is.

Sheeran has played extremely coy on this one. He told Entertainment Weekly that he, himself, "never actually confirmed" that it was about Ellie Goulding. But, then Goulding released "On My Mind," and I don't know about you, but now I'm like... ¯\_(ツ)_/¯

I'm just saying, to all the musicians out there writing revenge songs: we're on to you.