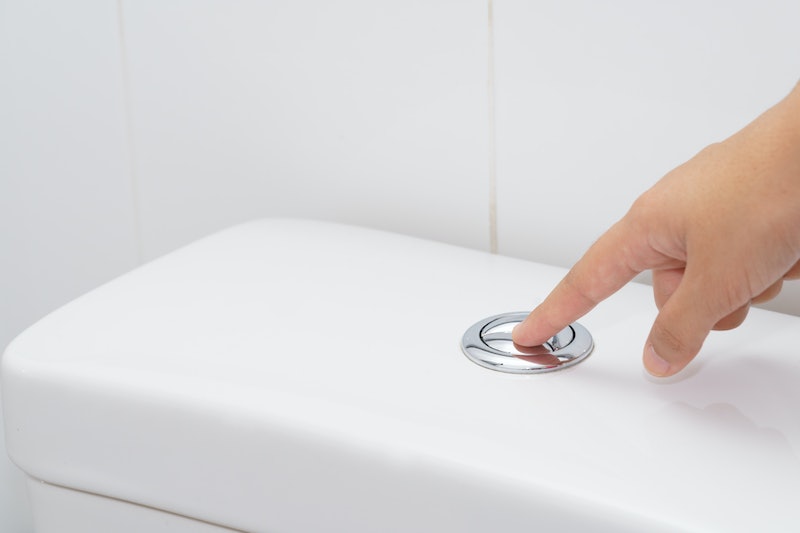 In case you weren't convinced, this video is definitive proof of why you should never flush condoms down the toilet. The disgusting but necessary PSA comes to us courtesy of YouTuber Viva Frei, who took the TMI video on the second day of Montreal's sewage dump. The dump happened so the city of Montreal could complete some repair work, and entailed releasing 5 billion liters of raw sewage into the St. Lawrence River. Effluent is disgusting, but at least it's organic.

Unfortunately, Frei's video revealed some unsavory inorganic material in the runoff: condoms. Lots and lots of condoms. As you can hear Frei's commentary in the video, he exclaims, “It’s not just that there’s one condom. There are multiple condoms," and then, “Condom! Condom! Condom!” There are SO MANY CONDOMS, in just one corner of the river bed, Frei estimates 15 condoms, incredulously asking who flushes them to begin with. So you've heard it here, and now you know. If you're in the practice of flushing your condoms, stop immediately. It's disgusting. Especially when they wind up in public waterways like this. And considering that latex condoms are non-biodegradable, it's not just the ick factor — there are huge environmental repercussions too. Here are some GIFs to properly turn you off flushing your condoms, if you're not sufficiently turned off already:

1. All The Non-Poop Waste Pools At The Edge

2. Look At All The Condom Worms Wriggling About!

Watch the entire disgusting thing below: