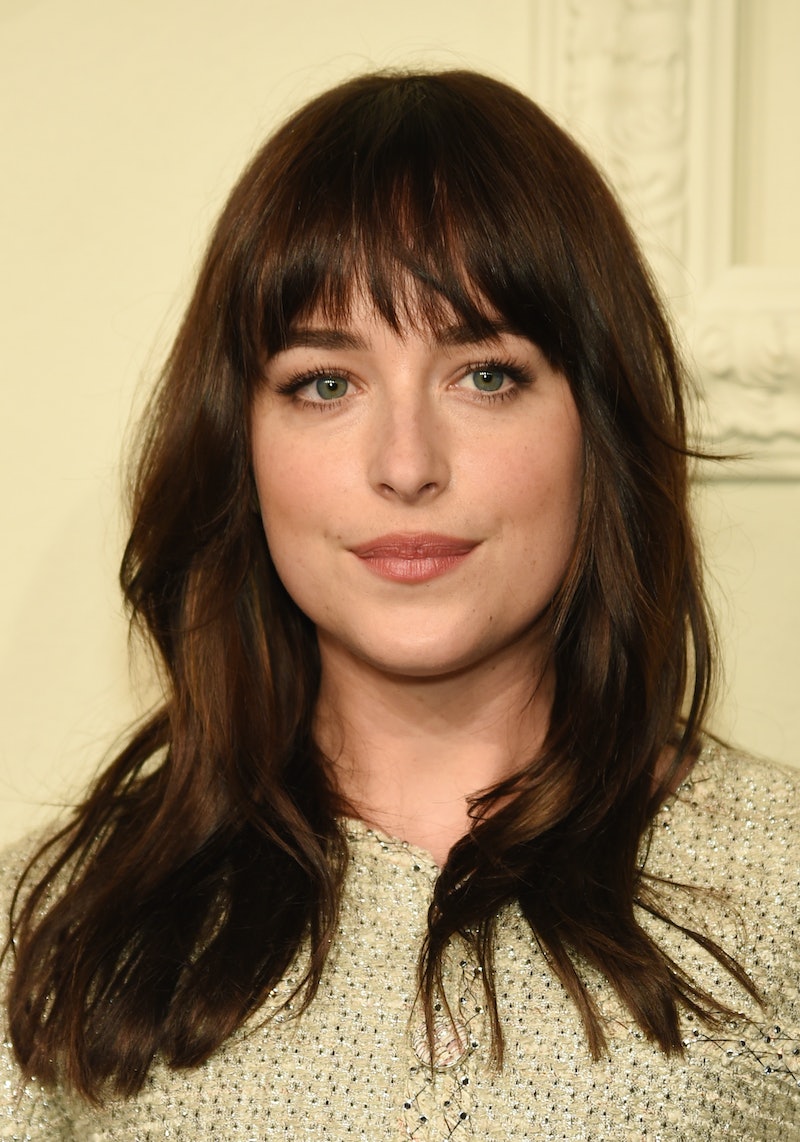 Dakota Johnson is returning to the big screen in her newest film How to be Single. The star, who is most famous for her role in Fifty Shades of Grey, will star alongside Allison Brie, Leslie Mann, and Rebel Wilson in this comedy about, well, how to be single. The How to be Single trailer released on Wednesday shows the women in some hilarious predicaments as they navigate the land of singleness. One thing is for sure: there are bound to be some laugh out loud hilarious moments in this film. But how close to real life will the film actually stay?

From the level of gorgeous men, and no seemingly obvious romance plot in the trailer, it seems the film will focus less on finding love, and more on learning how to enjoy being single. Most films seem to boast a subtle message of finding love and being happy. This film might truly be what it says it is. And that's all right by me, as long as they stay somewhat close to life and portray the excitement, messiness, and fun that comes with being single in the big city. Here are seven things the movie needs to portray in order to stay true to life.

1. Drinking Is Not A Way of Life

Yes, one or two drinks is fun, but going out every night with friends is totally unrealistic. You can't afford a sweet life in the big city and keep up a regular bar tab. It just doesn't happen.

Singleness isn't just for the young twentysomething looking for love in the big city. It can be a newly divorced mom, a woman who hasn't settled down yet, and a whole heap of other reasons. It's always good to have the wide spectrum of singles in a film.

3. A Bestie In A Committed Relationship

For every single girl in the world, there is that one loyal best friend in a committed relationship. This friend is much needed in real life, because who else is going to be a focused wing woman on your adventures through town?

Being single in the city is fun, no doubt about it. Small towns may have their perks, but there is a reason that so many movies and shows focus on finding love amidst the hustle and bustle of the big city. I hope this film doesn't come to the conclusion that the city isn't what it's cracked up to be, because it totally is.

Too often, movies portray the single woman character as lonely and desperate for affection from anyone that will give it to her. Hopefully this film will retire that tired stereotype and show a woman with standards, who also enjoys a little fun now and again. A girl can dream.

Sometimes, when you're single, you're not always looking to change that status. A fun night with friends can be just that. Portraying girls as always on the hunt to get a man can be a bit unnerving, so hopefully they show some fun girl nights.

Don't get me wrong, all you married people and those of you in committed relationships. Being in a relationship has its perks, and most, if not all, singles would admit they eventually want something serious. But why not enjoy the ride while it lasts?

Most importantly, I hope this film is an encouragement to all my fellow single ladies. You can be single, happy, and having fun, and maybe just maybe, that is enough. Watch the trailer below.