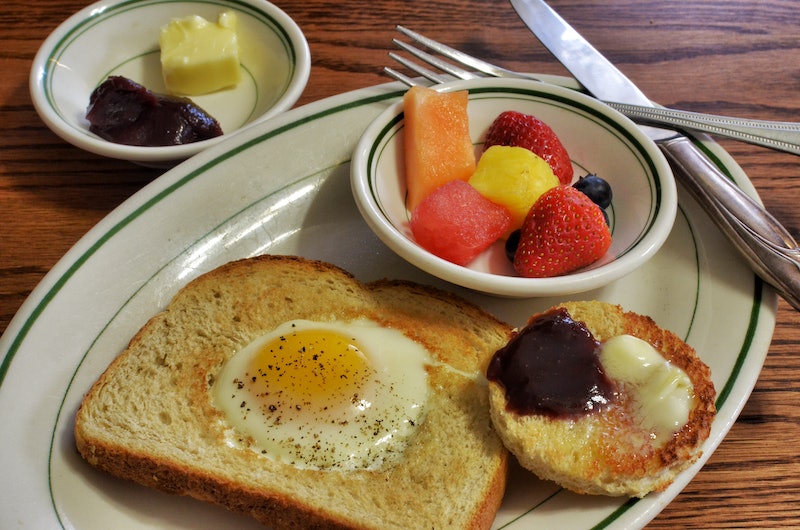 It's a question debated every morning between mothers and their grumpy teenage children: Is breakfast important? As per usual, it looks like Mom is right again, because a recent study has shown that breakfast quality is associated with better educational outcomes — or, in other words, that eating breakfast has been linked to better grades. Is this also evidence that our parental authority figures are always correct and we should heed their wisdom forever and ever, amen? Probably.

But I digress. In addition to providing fodder for your mom's martyr complex, the study is notable for being one of the first to provide an unequivocal, direct link between breakfast and better performance in school. Researchers at Cardiff University studied 5,000 students between the ages of 9 and 11, analyzing whether they ate breakfast, what they ate, and later linking those habits to their educational performance. Not only was the act of eating breakfast associated with better grades, but breakfast quality was also shown to affect performance. According to the study, breakfast consumers were twice as likely to do well in school — although that connection didn't apply to the 20 percent of students who ate junk food. (It's good to know that the time-honored youthful tradition of eating sweets for breakfast still holds.)

"This study therefore offers the strongest evidence yet of links between aspects of what pupils eat and how well they do at school," lead author Hannah Littlecott said, according to Science Daily. That being said, the researchers themselves pointed out that this is hardly the first study to find a link between breakfast and positive outcomes. In fact, there's a pretty significant body of research out there showing that eating in the morning is better for everyone, not just students. Let's take a look at four more reasons below:

Research has shown that eating within two hours of waking up could help keep your glucose and insulin levels in check. Furthermore, skipping breakfast could make you overeat later in the day out of hunger. So get your Tony Perkins on, except maybe substitute oatmeal for success.

Adolescents who eat breakfast have been shown to have better memory than their peers who skip breakfast, and when you consider how many calories your brain needs to function, it's not surprising. The time between going to sleep and eating your first meal of the day is the longest you go without eating, and some believe that food could help you wake up faster.

Research has shown that people who eat breakfasts tend to have healthier diets, although like the study discussed earlier, this only applies to people who eat quality breakfasts. Sorry, Pop-Tart lovers, but starting the day off with a rush of insulin probably isn't going to help you stay healthy.

Of course, at the end of the day (or morning), breakfast is really just another meal. There are so many contradictory studies on the subject that these reasons to eat breakfast are more guidelines than hard-and-fast rules. As Gretchen Reynolds wrote for the New York Times, "If you like breakfast, fine; but if not, don’t sweat it." That being said, it's pretty clear where I fall on the spectrum.