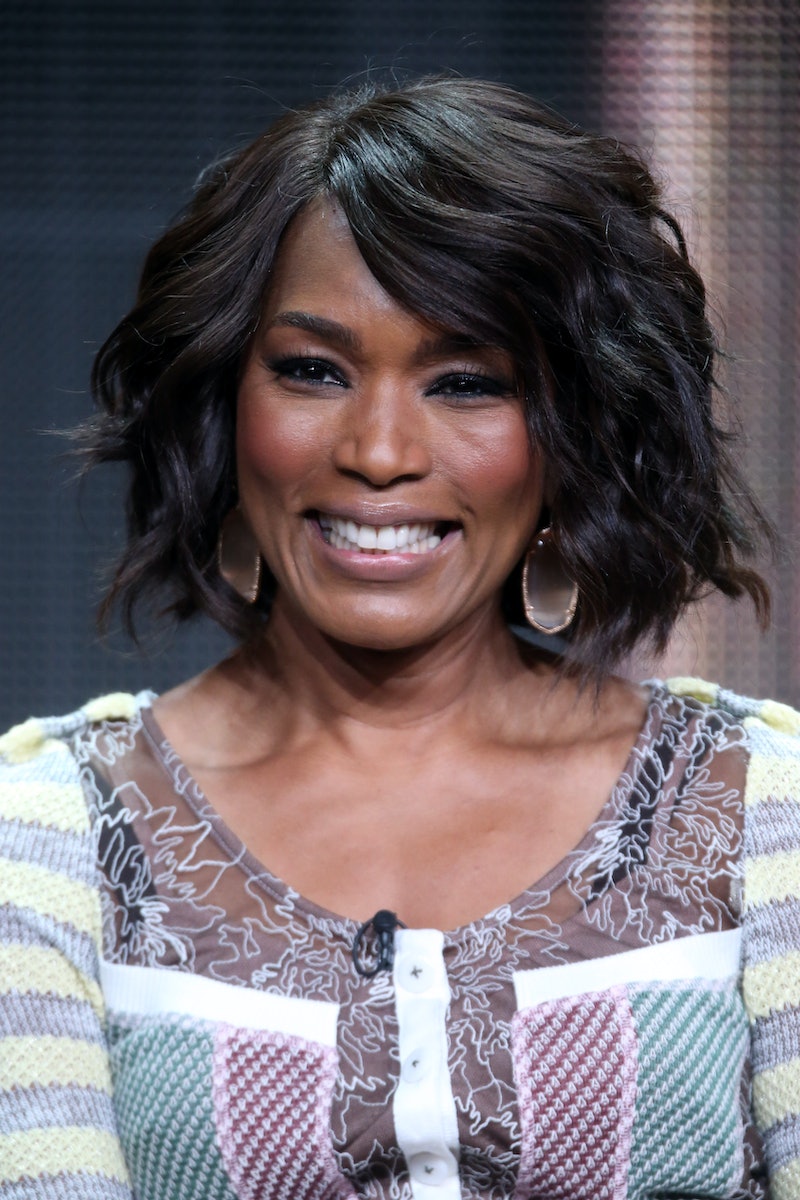 The roles for women in Hollywood have been a frequent conversation as of late. Across the board (and beyond the entertainment industry), women want to see equal opportunities awarded to them as their male counterparts. One woman who never ceases to score those roles is Hollywood legend, Angela Bassett (How Stella Got Her Groove Back, The Rosa Parks Story, American Horror Story). Now, Angela Bassett is the first female "Six" in Tom Clancy's Rainbow Six Siege video game. This marks a milestone that, as the actress tells Bustle in an interview, will hopefully spearhead more women in similar roles.

Over the course of her career, Bassett has portrayed characters that have affected many, and this new role in the video game will be no different. It makes sense that Rainbow Six Siege, which debuts Dec. 1, would introduce a badass lady, since Bassett tells Bustle that "50 percent of gamers are young women." Her character, Six, is the new leader of the Rainbow Program, making her the one in charge. For the role, Bassett created her through motion capture sessions that would later be paired with voiceover work to complete the process. At one point, Bassett says she was so distracted by her animation during the voiceover sessions, that she had to ask for it to be taken down, so she could concentrate. "I was fascinated by what they had come up with," she says.

This isn't the first time Bassett has portrayed this kind of badass role, and it certainly won't be the last. Whether it be Coretta Scott King, Rosa Parks, Stella Payne, Tina Turner, or Betty Shabazz, powerful women read like a grocery list on Bassett's resume. "When you look over the landscape of the roles I've chosen," Bassett says, "they're empowered, strong, resilient creatures. Even if they've gone through some stuff."

"[These characters are a] way to build us up, to aspire, to give us hope," she adds. Bassett notes that coming from a single parent background and growing up in the projects, "You want to feel some sense of 'I can make it.' With hard work, grit, determination, anything is possible."

As for specific roles, like Coretta Scott King or Rosa Parks, Bassett says she feels "gratified" that she's been chosen to portray such women. "They understood the purpose of their life," she says, "and even though there was tragedy along the way... it served a greater purpose in mankind."

That's the message Bassett admires. "You can lead an ordinary life but do an extraordinary thing. You can never be too young, too old, too anything to have an impact."