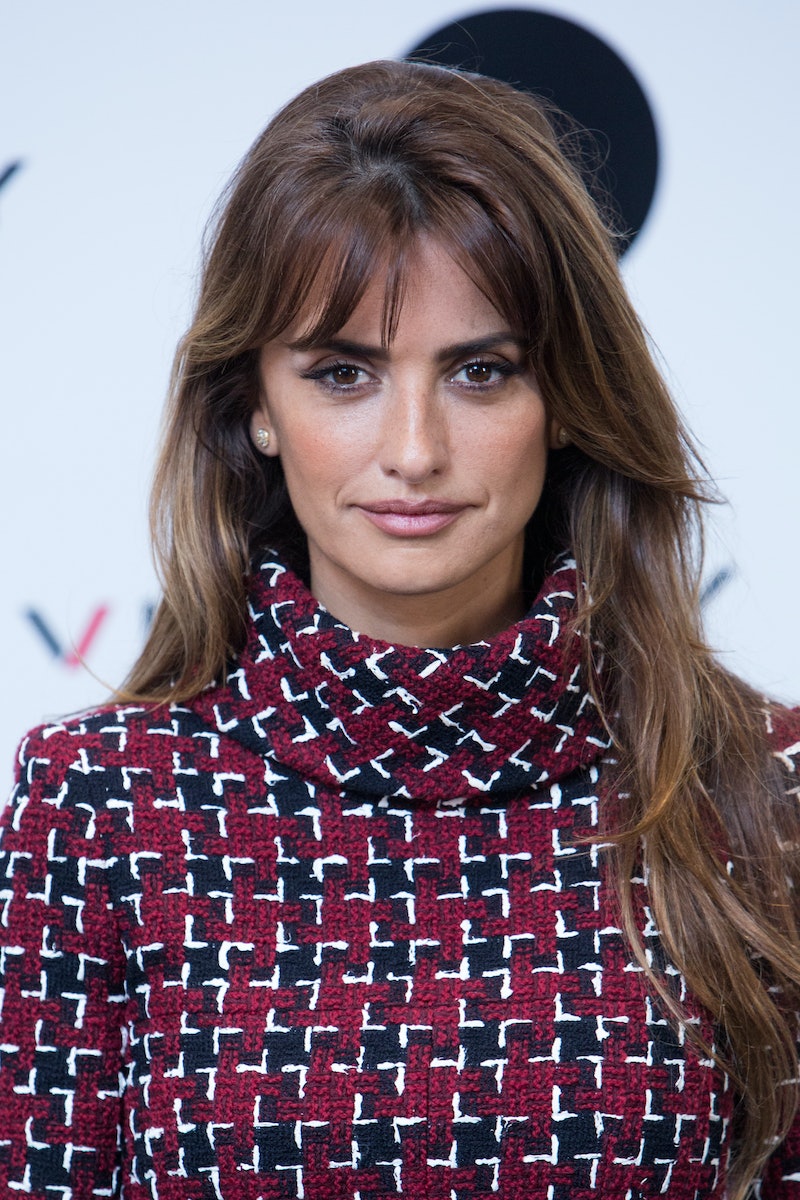 It's been awhile since American audiences have seen Penélope Cruz on the big screen — two years to be exact — but with the release of the new Zoolander 2 trailer we get to see Cruz play an Interpol agent who is helping Derek Zoolander (Ben Stiller) and Hansel (Owen Wilson) lead the charge against Will Ferrell's Mugatu, who is once again on a murderous rampage. It's a welcome return, but it also has me scratching my head: Where has Cruz been for the last two years?

Well, a good place to start is to go back a little further to 2009 when Cruz won the Academy Award for Best Supporting Actress Oscar for playing María Elena in Woody Allen's 2008 film Vicky Cristina Barcelona. In it she played the passionate and quick-tempered former lover of her now real-life husband, Javier Bardem, and the role allowed her to show off her impeccable comedic timing. It was something she hadn't gotten a lot of chances to do at that point in her career — at least not in her American films. The four films she's starred in for director Pedro Almodóvar — 1997's Live Flesh, 1999's All About My Mother, 2006's Volver, 2009's Broken Embraces — are dramas with humor mixed in. But Cruz's character in Vicky Cristina Barcelona wasn't just comic relief or a crazy woman who the audience was asked to laugh at. No, Cruz brought heart to this woman on the verge of a nervous breakdown in a way that was certainly worthy of that Oscar.

Since making Vicky Christina Barcelona, Cruz — who took some time out to have her now four-year-old son and two-year-old daughter — has appeared in nine films, but none that have managed to show the best the actress has to offer. Though the musical Nine in 2009 comes close, with Cruz showing off her singing and dancing skills in the Daniel Day Lewis film, but the movie itself wasn't nearly as good as her performance, and was panned by most critics. In 2011, she played a bit role in Sex and the City 2 before having some fun swashbuckling with Johnny Depp in Pirates of the Caribbean: On Stranger Tides. The next year she teamed up with Allen again for his romantic comedy Rome With Love playing a prostitute named Anna, but couldn't replicate that spark from the first time around. Her last film was 2013's The Counselor, a Ridley Scott-directed movie that starred Brad Pitt, Cameron Diaz, Michael Fassbender, and Bardem, but only mustered up a 35 percent on Rotten Tomatoes.

Last year, the usually private star also made news for signing a public letter alongside other Spanish actors and actresses denouncing Israel for bombing Gaza, describing the assaults on Palestinians as "genocide." The Hollywood Reporter later quoted multiple top movie executives, mostly anonymously, who claimed Cruz had been "blacklisted" by Hollywood and that they would think twice before working with her and Bardem, who also signed the letter. Of course, if true, the reported backlash doesn't seem to be affecting her too much since her IMDb page has her listed as starring in 2015's Spanish-language drama Ma Ma, and upcoming films including a Pablo Escobar drama co-starring Bardem and the Sacha Baron Cohen soccer action-comedy The Brothers Grimsby.

But still, Cruz could really use a hit after these last few films, which didn't show fully show off her talent — Zoolander 2 could be that on multiple levels. It's been nearly 15 years since the first Zoolander was released, but it's become a cult classic with a built-in audience that is likely to show up to the theater on Feb. 12, 2016, when its released. A bigger win for Cruz though is that she gets to leave her comfort zone and act in an out-and-out comedy. It's something that we haven't seen from the actress, and it could be a good way to reenter Hollywood in a year that we'll be seeing a lot of her. Zoolander 2 is a smart way for Cruz to start off a pretty stacked year and transition into the world of comedy. She may just be playing the straight woman to Ben Stiller and Owen Wilson's male models without a clue in the silly sequel, but I know she'll be smart and fierce in the role. It's a welcome return from a star I've been waiting for.