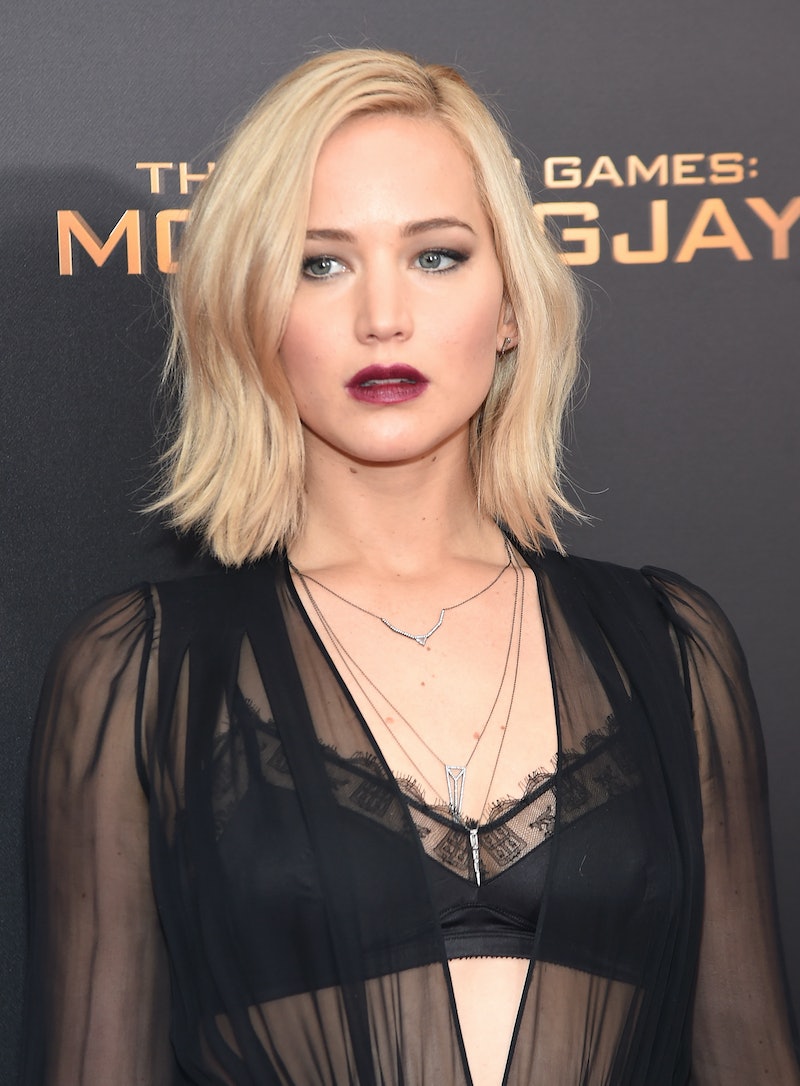 This is my main problem with Jennifer Lawrence: right when I find reason enough to be jealous of her, she goes and does something that makes her impossibly likable. Like that time she made a ton of money on a bunch of films — way more than most women actors make — and then spoke out about the wage gap. Or when she won an Oscar and then tripped on her way up to the stage. Or when, recently, Jennifer Lawrence mentioned that her first sex scene ever was with Chris Pratt and then was totally adorable about it. Because bragging about having to make out with Chris Pratt is a surefire way for anyone to get on my eye roll list, but Lawrence was quick to show just how awesome she is when she admitted that the whole thing was totally awkward.

At The Hollywood Reporter’s annual actress roundtable, Lawrence opened up about her first-ever sex scene with Pratt for their upcoming movie, Passengers. And as much as I would have taken the opportunity to gloat about rubbing bodies with the star of Jurassic World and every girl’s dreams, the 25-year-old admitted that she was wracked with anxiety about the whole thing.

So how did the actress deal with her sudden onslaught of emotions? Like any smart girl would: by getting, according to Lawrence, “really, really drunk.” And like everyone who has decided to use liquor as a lubricant (no pun intended there), she had some pretty significant regrets about that decision. As she put it,

That led to more anxiety when I got home [after] because I was like, “What have I done? I don’t know.” And he was married. And it was going to be my first time kissing a married man, and guilt is the worst feeling in your stomach. And I knew it was my job, but I couldn’t tell my stomach that. So I called my mom, and I was like, “Will you just tell me it’s OK?” It was just very vulnerable.

See what I mean? There she goes again, doing something that makes me so jealous I could hate her, and then pulling me back in with that awesome charm and wit.