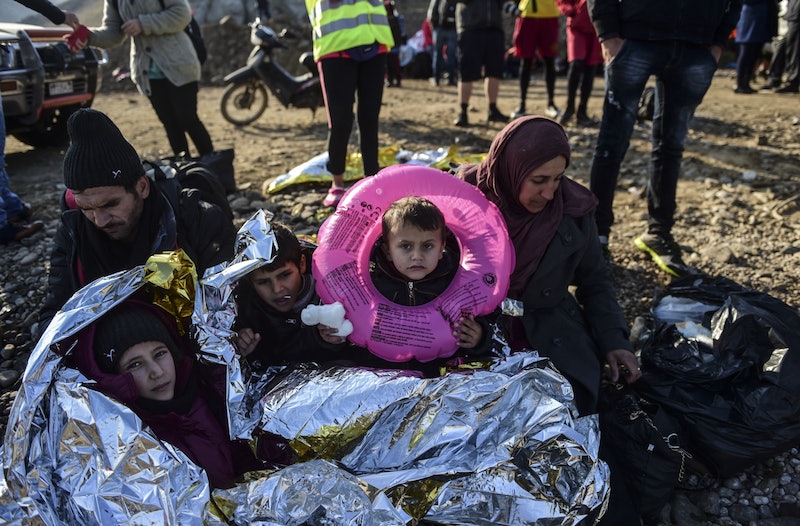 At the base of the Statue of Liberty you can read the following poem: "Give me your tired, your poor, your huddled masses yearning to breathe free, the wretched refuse of your teeming shore..." Unless you come from the teeming shore of Syria, some Republican governors might add. Some American politicians have vowed to block any Syrian refugees from entering their states. I can't argue with their fear, and after one Paris attacker was found with an apparent link to Syria, I understand their concern. But these lawmakers need to look at the facts: So few refugees have been linked to terrorism, this should be a nonissue.

As the U.S. stands to absorb over 10,000 Syrian refugees within the next year, we need to restore our trust in the people who will soon live among us — many of them women, children, sick, and elderly.

Since 9/11, the U.S. has admitted 784,000 refugees into the country. According to the Migration Policy Institute, during that time, exactly three refugees were found to have links to terrorism — so, approximately .00038 percent of refugees in the U.S. have had ties to terrorism. Two of these refugees were caught while trying to leave the country to join extremist groups abroad. All three are currently in prison. Lavinia Limón, the president of the U.S. Committee for Refugees and Immigrants, told The Atlantic:

I think I can count on one hand the number of crimes of any significance that I've heard have been committed by refugees. It just hasn't been an issue.

Compare those statistics to the number of American-born individuals who have left the U.S. to join ISIS. Most Americans who try to join terrorist cells are homegrown and make those connections on the Internet. The Washington Post reports about 250 Americans have left home for Syria to join ISIS.

The reality of the situation is that far more Americans died last year from gun violence than from terrorism. For every American who has died from terrorist activity worldwide, 1,000 have died from domestic gun violence, CNN reports. And while 26 Americans were killed by Muslim jihadists after 9/11, 48 died at the hands of "white supremacists, antigovernment fanatics and other non-Muslim extremists," The New York Times reports. That includes the likes of Dylann Roof, neo-Nazi Michael Page, and others.

Then there's the highly rational argument that coming to America as a refugee is one of the least efficient ways for a jihadist to make their way into this country. It can take 18 to 24 months to secure refugee status, according to the Migration Policy Institute. "Why would an ISIS terrorist sit and wait to be a refugee for three years to get into the U.S., when they could get a radicalized European citizen and fly here on a visa waiver and then live here under the radar?" Anne Speckhard, director of International Center for the Study of Violent Extremism, told Wired. Crossing the Mexican border would be faster and easier for terrorists.

So, as Thanksgiving approaches, let's take a long hard look at this political cartoon.