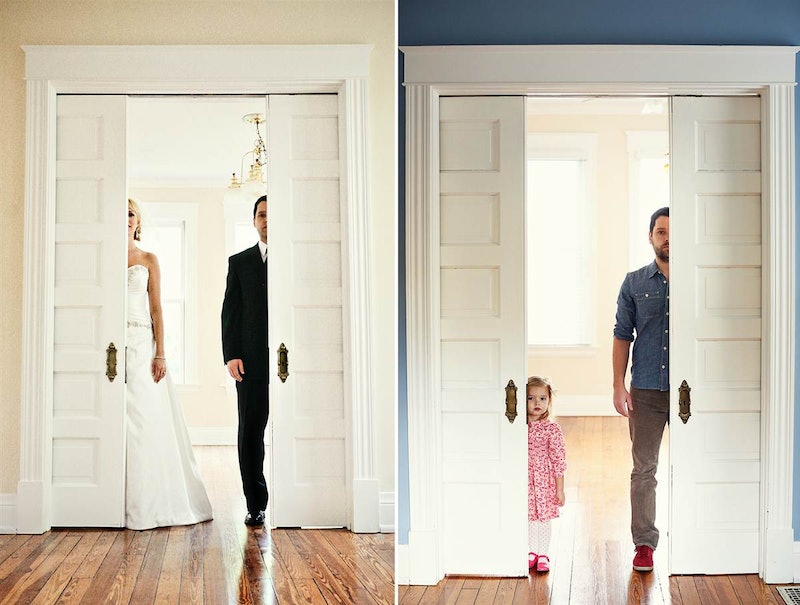 Valentine's Day is easy to dismiss as material, commercial, and superficial. It's easy to say that we should celebrate the people we love every day, and that the holiday is more for selling candy than anything else. That said, truly incredible love stories can make you see the value of a holiday dedicated to making everyone remember just how important love can be. The following stories do just that!

The UCLA Bruins and USC Trojans are cross-town arch rivals. The landscape of college sports in Southern California is, more often than not, defined by which of those teams you root for. The story of Nick Ekbatani (a Bruin) and Kelli Tennant (a Trojan) is remarkable for the Montague/Capulet-esque rivalry from which it sprung. It is inspiring, however, because of circumstance: In 2012, after only a few dates, Ekbatani's motorcycle was blind-sided by a taxi in Los Angeles. He lost one of his legs. Tennant stuck by him through rehab. He cheered her on as she chased a career in sports broadcasting. Their story is one of grit, determination, and the kind of love that crosses boundaries.

Kenneth Leedom and Peter Cott swear that they haven't had a serious fight in 58 years. They are 88 and 89, respectively. Their story is one of love at first sight: Mr. Leedom saw the back of Mr. Cott's head and thought "That looks kind of cute." When Mr. Cott turned around Mr. Leedom adjusted his judgment to "Yes, very cute."

Their story is also one of history. Separately and as a couple, they have lived huge moments: romantic encounters with fellow soldiers during WWII, nights at the Stonewall Inn, the bathhouses of the 1970's, living in Chelsea as it became the center of gay New York, getting a civil union in Vermont in 2000, and getting married in 2011 in New York, three months after the Marriage Equality Act was passed. Their story spans two centuries and a myriad of definitions.

Miles Scott is five years old, and his leukemia (which he was diagnosed with at 20 months) is currently in remission. He was the recipient of the largest scale wish from the Make-A-Wish Foundation to date: a day as Batkid. San Francisco transformed into Gotham City complete with spectators cheering him on, collaboration with the SFPD, a damsel in distress, a Batmobile, and an unbelievable outpouring of love for Miles and his family. It's a different kind of love story.

Jill and Kevin's wedding dance (the one set to Chris Brown's "Forever") went viral on Youtube four years ago. Since then, the video has raised nearly $50,000 for a foundation helping to end domestic violence. Jill and Kevin are happily married, done with grad school, and have a son. Watch the video again and smile at the cuteness that is a bunch of very happy white people dancing very badly.

Ben and Ali Nunery were married only a short time before she passed away due to a rare form of lung cancer, leaving Ben and their daughter, Olivia, behind. This past November, Ben and Olivia decided it was time to move into a new house. Before they did, Ben asked his sister-in-law, Melanie Pace, to take photos of the two of them that mirrored photos initially taken of him and Ali when they moved in. The resulting tribute is incredibly sweet and totally sob-inducing. This is what love looks like.

More like this
25 Quotes About Love To Share During Pride Month 2022
By Madeleine Aggeler and Emma Garza
What Does “Gatekeeping” Mean On TikTok? The Viral Term, Explained.
By Courtney Young
TikToker Kate Glavan Has The Antidote To The “Hot Girl Walk”
By Alexis Morillo
Here’s What Sarah Jessica Parker’s Canned Cosmo *Actually* Tastes Like
By Emma Garza
Get Even More From Bustle — Sign Up For The Newsletter