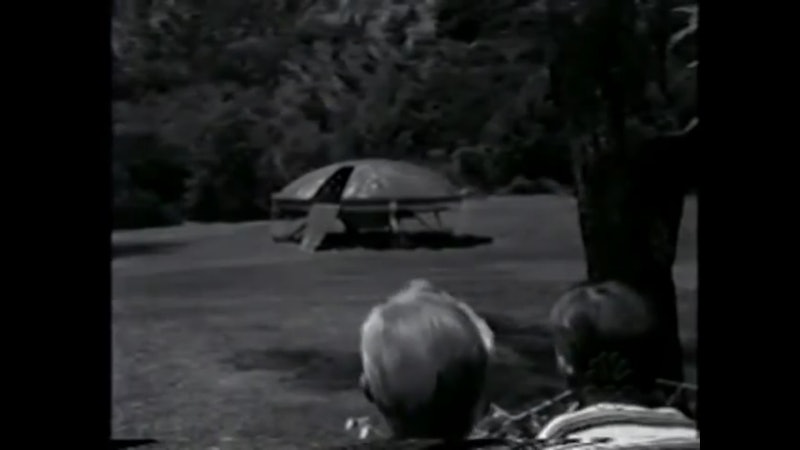 These days, when you think about fearing aliens, Donald Trump and Ted Cruz may come to mind. But while we humans have plenty on our plates down here on Earth, there are some among us more concerned with more otherworldly threats than ISIS and global warming. Ever since humans first looked up at the sky and wondered if we really are alone, there have been stories of aliens flying down from their home galaxies in strange aircraft to meet us. Some people insist they've seen UFOs or alien species walking around. Others have some truly disturbing stories to share about alien encounters, in which they were kidnapped and forcefully scrutinized. You really won't believe these crazy alien abduction stories. They're surprisingly quite sexual, violent, and sad.

Personally, I'm undecided about aliens. Statistically, it seems unlikely that human beings are the only living creatures in the universe. There very well may be intelligent creatures out there somewhere. If there are, I hope they look more like David Tennant in Doctor Who than those terrifying creatures in Prometheus. But if they're anything like the aliens described below, I really hope I never meet them. Laugh now, but these abduction stories are so eerily similar, they may turn you into a believer.

In one of the most famous and earliest American stories of alien abduction, you'll find it all: a little sex, violence, and mystery. Betty and Barney Hill, a married couple living in New Hampshire in 1961, claimed they encountered over a dozen extraterrestrials while driving home from Niagara Falls the night of Sept. 19. They spotted a strange object in the sky that followed their car down the highway. Scared, Barney sped up until the couple heard a beeping sound and blacked out. They heard an identical beeping sound and woke, now 35 miles south of the location where they had first spotted the UFO. They had no idea how they ended up so far from where they'd started.

Betty sought out a psychiatrist, who placed them both under hypnosis. While in a trance, Betty recalled seeing the aliens, about 11 or 12 of them, humanoid with cat-like eyes and long slits for mouths. They allegedly dragged her and her husband onto their ship, where she said they inserted a needle into her stomach, which they told her was a pregnancy test. Then, they extracted sperm from Barney, spoke briefly to the couple, and returned them to their car.

Villas Boas, a Brazilian farmer, was plowing his fields one day in 1957 when he claimed to see an object in the sky illuminated by purple lights. According to him, humanoid creatures descended, brought Boas into their aircraft, and subjected him to a medical examination.

Things got really weird after that. The aliens, he claimed, rubbed a strange Viagra-like gel over his body. A beautiful blonde woman soon appeared. Feeling an instant attraction to her, they had sex several times. Afterward, Boas said in an interview, "she turned to me, pointed to her belly, and smilingly pointed to the sky" before leaving. He took it to mean that she was now pregnant and was going to return to her own planet to raise his baby.

In 1976, four friends on a fishing trip noticed a bright light over the water. They canoed out, flashed their flashlight, thinking it was a distress signal, then blacked out. When they woke at their campsite, none had any idea what had happened.

Afterwards, all four reported identical nightmares. They saw beings with long heads and necks and insect-like fingers probing their bodies for skin and fluid samples. All the men passed lie detector tests and were determined by psychiatrists to be mentally stable.

Long claimed he's been abducted many times since childhood, beginning in 1957 at 5 years old. Like the Hills, Long only recalled the details of his abduction after hypnosis. He claimed he was examined by the aliens who took him and inserted a mysterious object into his leg. Horrifically, he also said he was forced to have sexual relations with a female alien.

Like Long, Porter said she's been abducted more times over the course of her life than she can count. She was first taken at 5 years old when she was playing outside. "Suddenly there was a reptilian alien in front of me," Porter told The Mirror. "It had scaly skin, black holes on the nose and a little mouth. It wasn’t tall — maybe 5 feet, but very strong. It grabbed my arms and pulled me towards a disc in a depression in the field. It dragged me underneath into a lift and the door slid closed." Inside, Porter claims the aliens stripped her and forcefully inserted a probe in her body. She said she has a metal implant in her ear to this day.

Both of the Lees, a Texas-based married couple, appeared on The O'Reilly Factor in 2006 to discuss their lifetime experiences with alien abductions. Donna remembered being taken by slender, blonde, humanoid aliens to a cold metal room. They had trouble recalling details, but after seeing a hypnotist, Clayton remembered screaming, "Stop touching me!"

Murray, a trucker in Michigan, reportedly got a call from his wife one day in 2012. She was panicked, confused, and thought she had been drugged and raped but couldn't remember details. At the hospital doctors found no sign of rape but noticed a strange burn mark on her shoulder. At home, Murray found burn marks on the grass and trees in the backyard. Murray's wife underwent hypnosis, which brought out memories of her abduction by aliens and a forced examination. She became increasingly paranoid and upset until she tragically committed suicide just a week later.