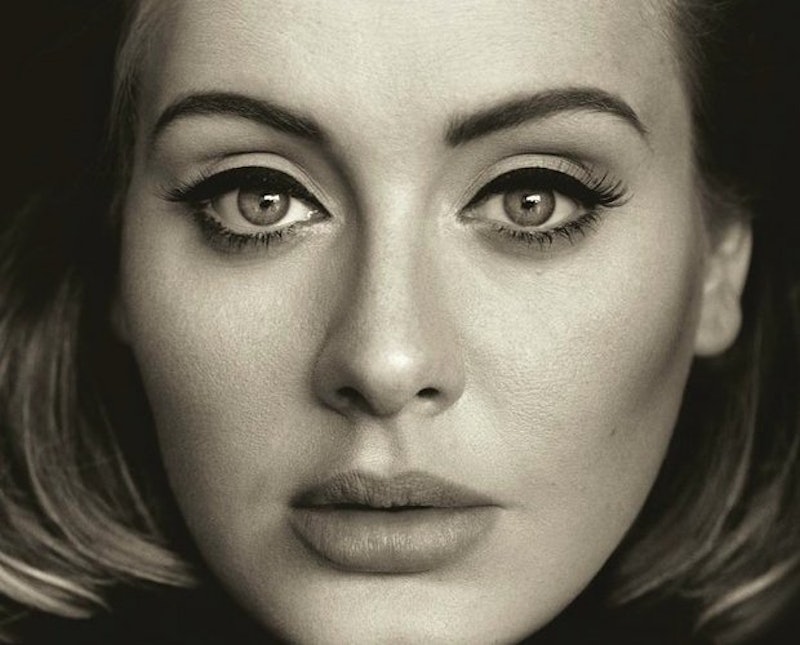 I don't mean to sound like a meme, but, like Rose from Titanic, I feel like I've been waiting 84 years to tell this story. And the story is that Adele has released 25 officially, two days after the album leaked online, and it was well worth the wait. I mean the two-day wait, of course, not the four-year wait it's been since the singer released her last album, 21. Four years without an Adele album is like four years without rain, but the drought is finally over and Adele is right back to breaking records. Because that's what she's poised to do with this album: break records that the likes of Taylor Swift and Katy Perry could only dream of. In fact, Swift and Perry are probably downloading their copy of 25 right now. (Seriously, if anyone around you isn't an Adele fan, it might be time to show them the way.)

On Friday, Adele released 25 on iTunes — so far, it looks like it won't be available for streaming on Spotify — and, to be honest, she kind of ruined everyone's day. I mean, people have work to go to, and other people have school to go to. There were only two ways your Friday could go: either you were denied the joy of listening to this album on repeat because you had previous commitments you couldn't have your headphones on during, or you were going to get in trouble on Monday because you didn't show up to whatever prior commitment you had that you decided was less important than Adele's first album in four years.

And, honestly, I can't really blame you. Adele's album isn't just new; it's good. "Hello" and "When We Were Young" were just small tastes of the level of awesomeness that Adele managed to pack into a single album, and every song proves that she has hardly lost her touch. I got chills listening to "Water Under the Bridge" and "River Lea," but I think "Sweetest Devotion" is the one that I'll be listening to on repeat for the rest of the weekend. When Adele does pretty much anything, the people listen, and this album proves why. Hopefully, we won't have to wait another four years for the next one.