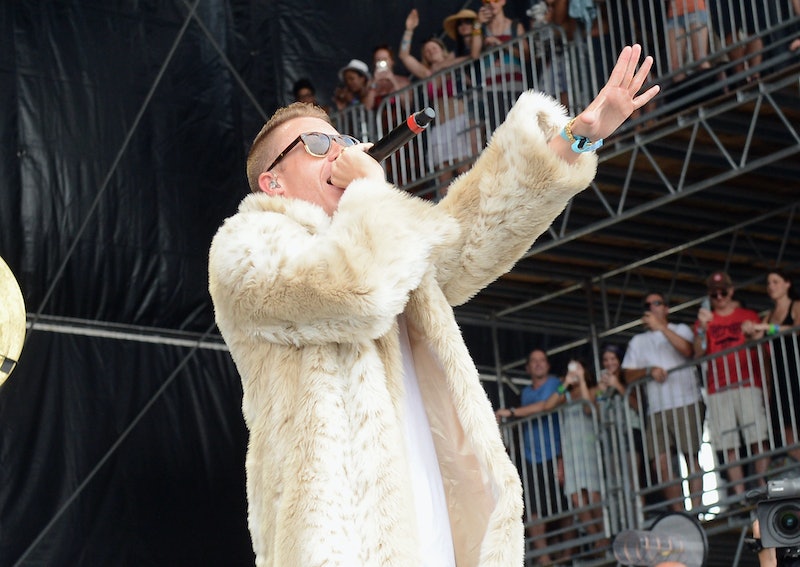 Not only did the Supreme Court's decision to dismiss both the Defense of Marriage Act (DOMA) and Prop 8 claim a victory in the long fight for marriage equality, but a tune recorded in support of gay rights has made history just one week later. Macklemore and Ryan Lewis' "Same Love" — which was recorded during Washington Referendum 74's 2012 campaign to legalize gay marriage in Washington state — has cracked the Top 40, becoming the first song supporting gay marriage to become a legitimate hit.

Said Charlie Joughin of the Human Rights Campaign to The New York Times: "The fact that a song solely dedicated to the message of marriage equality is climbing the charts and quickly becoming a popular song across the country is a big deal. It’s indicative of a changing attitude."

And it seems "Same Love" will only become more successful — music pundits say they expect support surrounding the Supreme Court's decision will only continue to help assist the single. And assist others in the process — proceeds from the single went to Washington United for Marriage.

The next step? Giving Channel Orange's Frank Ocean the Grammys he deserved.