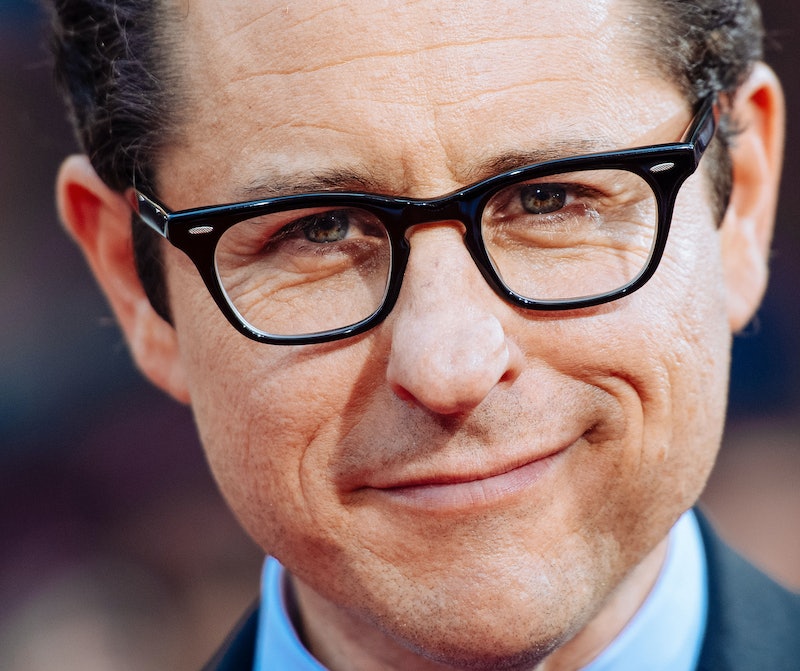 It’s easy to fall under the spell of J.J. Abrams. The mastermind behind the newest Star Wars installment, Episode VII: The Force Awakens — much like some of his best characters — is a man with a secret. At the least that’s the kind of vibe he gives off, when he does things like release enigmatic trailers for his novel (instead of a press release, like a normal person), or keep serious plot details from the upcoming Star Wars flick under wraps. He’s been impressively private about this latest project, and his reluctance to share too much has really upped the stakes. I can practically hear fans saying to themselves "This better be good, Abrams!" (OK — me. I am the fan saying this.)

Thankfully, Abrams has the type of street cred — Hollywood street cred, you know, the best kind of street cred — to back up something as important as the next installment in the Star Wars franchise. In case you've forgotten, he's a bit of a jack of all trades, and has been behind many popular projects, whether it’s producing, creating, writing, or directing. Just check out his novel-sized IMDb page for reference. I think you might even find a surprise (or two, or three) in there. Let's take a look back at all projects you either forgot — or didn't know in the first place — Abrams was behind.

The 1998 film might not have stunned film critics everywhere, and I haven’t watched it since it came out in ‘98, but Abrams, who co-wrote the screenplay, definitely made a proper debut. This big budget film starring Bruce Willis and Ben Affleck had enough buzz to get Abrams rolling.

The most surprising credential on his resume, this 2002 show about a twenty-something girl struggling to find herself in New York City seems like a far cry than anything Abrams has touched since.

This is more like it. A spy drama featuring Jennifer Garner — before she became the A-list actress we know today — seems more in line with Abrams repertoire.

Police procedural meets sci-fi show, this was really the beginnings of Abrams TV gold. What’s heralded as one of the best cult TV shows ever, Fringe was heavily imbued with the paranormal, freak phenomenon, and all things that are gloriously odd. It was perfectly, quintessentially Abrams.

Probably the series that Abrams is best known for. For a solid six years, Lost was the show to be watching/talking about/obsessing over. It was over the top, at times ridiculous, and yet some of the most compelling television making in television history.

Star Trek had been overcrowded with remakes after remakes, until Abrams decided to take it on one more time in 2009 for a modern version. The first film did so well that he directed the 2013 version.

Arguably one of the more underrated (and therefore sadly unnoticed) films of 2011, Super 8 had a weird premise, but delivered in execution. Taking cues from masterminds like Steven Speilberg, Abrams gave us everything he knew about sci-fi, and set it against the backdrop of a visual stunning mystery thriller.

After all this, one thing's certainly clear: Abrams is a force to be reckoned with. It should come as no surprise then that every Star Wars movie he takes on will be completely amazing. (Because of "The Force," get it? I'll see myself out...)

More like this
Lindsay Lohan Just Recalled A Hilarious 'Parent Trap' Story
By Sam Ramsden
Then Vs. Now Photos Of The 'Enchanted' Cast In 2007 & The Sequel's Stars In 2022
By Marina Watts
See 'Twilight' Stars Together Again For A Sweet Cullen "Family Reunion"
By Stephanie Topacio Long
24 Photos Of The 'Love Actually' Cast Then & Now
By Grace Wehniainen
Get Even More From Bustle — Sign Up For The Newsletter