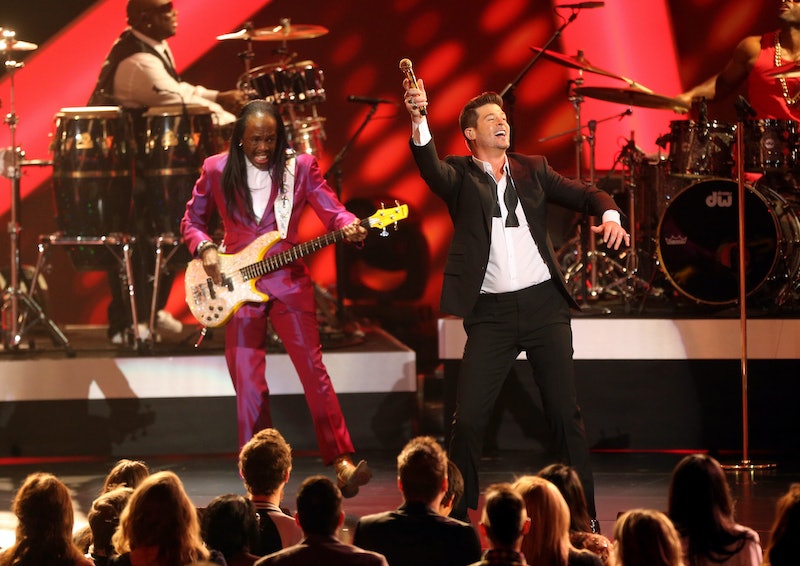 In case you still believe in the music industry at all, it's time to stop watching the Grammys. Their specific brand of elitist nepotism rewards acts for following the rules, reminds us all of the racist past (and present) of the music world, and trivializes great artists in favor of commercially successful ones. While the members of the Recording Academy get to sit in their gilded castles sipping some sort of alcoholic juice cleanse and laughing about how Christophe Cross has won all four General Field awards, we all have to remember the great musicians who haven't won anything.

On the list of great musicians who haven't taken home the miniature gramophone are some of the most influential artists in hip hop and rock, and their stories show the problematic history of the awards. The 1st Annual Grammy Awards were held on May 4, 1959, and was hosted by "music's elite." Although the event seems just as nepotistic as it sounds, they surprised the world when Frank Sinatra won only one award, while Ella Fitzgerald (rightly) won two, and the Italian singer Domenico Modugno took home both Song of the Year and Record of the Year. If we all forget that Domenico's song "Volare" was later covered by almost every member of the Rat Pack, that actually sounds like a semi-diverse set of winners. But, never fear, the Grammys soon began their tradition of favoritism to the point of absurdity.

Let's start by remembering that The Beatles, perhaps one of the most universally loved bands in the US and UK, won six Grammys while all members were still alive, while the Dixie Chicks have won 13. Also, none of the following parents of rock n' roll ever won an award: Jimi Hendrix, Diana Ross, Queen, Janis Joplin, The Who. Although Diana Ross has been nominated several times — twice with The Supremes in 1965 and 1966 — she has never won an award. The 1966 award went to Johnny Cash's backing band, instead of the The Supremes' "Stop! In the Name of Love."

Although the rock category had many problems over the years, the true Grammy problems accrued once hip hop grew as a genre. Although the Best Rap Performance category was created at the 31st Annual awards in 1989, the Grammys refused to televise the award, which went to The Fresh Prince and DJ Jazzy Jeff. Now, I love "Wild Wild West" as much as the next girl, but didn't another influential rapper deserve the award? Also note that Biggie, Tupac, N.W.A. and Run-DMC have never won a Grammy, while Will Smith has won for "Getting Jiggy With It." That doesn't seem quite right.

While there are many other things wrong with the Grammys, like their propensity for choosing established artists over new ones, and their complete disregard for the digital age, I think this history of ignoring iconic game-changers in American music history speaks for itself. The Grammys suck, and we all know it, so let's just come out and admit it.

This year, we should think about what albums and artists were great, instead of watching a program that is going to pair Robin Thicke with Chicago, since forcing Earth, Wind and Fire to be his back-up band was not enough.

More like this
Drake’s Surprise Performance With The Backstreet Boys Was Fans’ Fire
By Stephanie Topacio Long
Kim Kardashian Responded To Criticism Of Her Met Gala Prep
By Hugh McIntyre
'Friends' Creator Marta Kauffman Opened Up About Misgendering A Guest Character
By Grace Wehniainen
Kimberly J. Brown & Daniel Kountz Looked Back On Their ‘Halloweentown’ Romance
By Stephanie Topacio Long
Get Even More From Bustle — Sign Up For The Newsletter