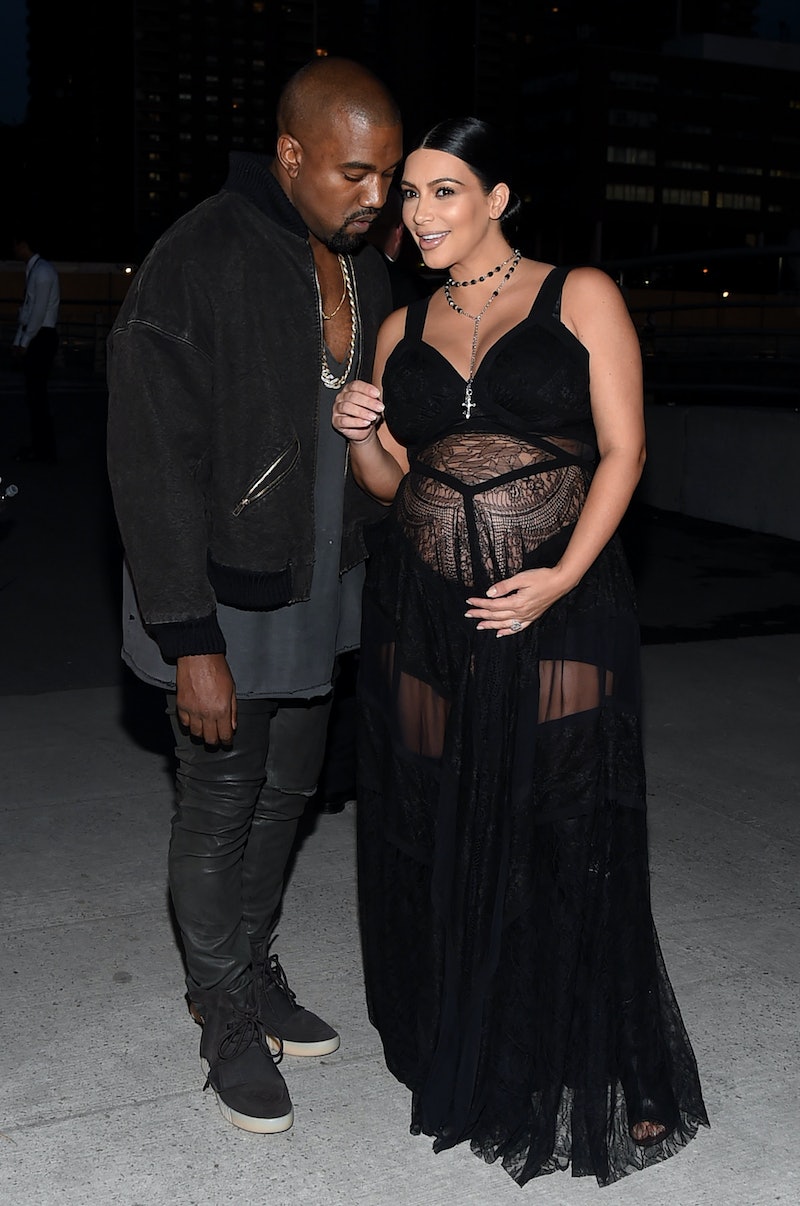 A lot of studies on pregnancy and parenthood are divided on gender lines. What happens to the body is restricted to women during the expectant months; what happens afterwards is spread between both parents. It's how we know, for instance, that the "happy chemical" oxytocin spikes in men once they become dads, or even when they play with young infants. But, increasingly, people are discovering that men have physical responses to pregnancy in their partners as well, and that these changes often happen on a hormonal level. If you're a man and your partner's pregnant, chances are you're also going to experience some interesting changes in your hormonal make-up, though as yet we're not entirely clear what some of them are, or why.

The phenomenon of couvade syndrome, or sympathetic pregnancy, has garnered a lot of scientific jeering over the years, but it does seem as if the male body does make some serious changes when it's partnered with a pregnant lady. It's well-known that dads often gain "sympathetic" weight during a partner's pregnancy, a phenomenon that's now thought to be an adaptive process to cope with the extra energy they'll need after the child's born. But there's scholarly argument as to what actually happens to men's hormones during a partner's pregnancy, because some studies show select hormones changing, and others don't. For some of these ideas, the jury's still out.

Either way, there does seem to be some hormonal affect on men with expectant partners, and it's likely either a reaction to the elevated hormonal levels of their partners, an evolved method designed to make them bond with children, or both. A lot more research needs to be done, but it looks like women aren't the only ones who can complain their hormones are making them completely crazy during their nine months of baby-incubation; men get a little taste too.

1. Testosterone Levels Fall By Up To A Third

You'd think that the prospect of being a dad and proving virility would make a man's testosterone go through the roof, but you'd be wrong. It's well-known that testosterone levels in new dads plunge after birth, but it's recently been noted that the process of lowering testosterone starts before the baby's even born, in the last trimester of the pregnancy.

The levels of testosterone in a man's blood seem to dip by up to a third in the three weeks before the baby's due date, as the world of fatherhood is really looming. The levels vary, with some men only experiencing minor blips, but even small-level reductions are important. Testosterone is an "aggression" hormone, and scientists wonder if the drop in its levels indicates that the human body is preparing itself to bond with and care for the infant. They really do just turn into big teddy bears. (And no, this doesn't make them any less manly, unless you believe aggression is what defines a man.)

2. Prolactin Levels May Rise Too

When it comes to milk production, it seems that the actual pregnant woman doesn't have the monopoly on it. Prolactin, the hormone secreted by the pituitary gland to stimulate milk production, is found in whopping amounts in expectant mothers, but it also spikes in expectant dads, reaching its highest levels after the baby's been born. A 2012 study in the Philippines found that prolactin levels in new dads were the highest in any segment of the male population, and it looks as if this process starts during pregnancy.

This doesn't mean that the male body is actively producing milk, though. It manifests most strongly after the baby's born (a Canadian study showed that high prolactin in dudes meant they were more responsive to their babies' cries), but it definitely seems to be founded during the expecting period as well, particularly in the last few weeks. It seems that prolactin is actually an emotional hormone that makes men into better dads.

This is one of the more controversial ideas. A study published in Evolution And Human Behavior showed that fathers-to-be have higher levels of the stress hormone cortisol in the three weeks before the birth than they do in the rest of it — around double the amount, in fact. The study was based on hormone measurements on 34 different couples at four points in their pregnancies. A study in 2014 that tried to replicate the results, though, found that there was no change in cortisol levels at all.

So there's a bit of scientific disagreement about this. But why would cortisol spike at all? It's a stress hormone, so it's designed to make us alert, capable of handling unexpected events, and prepared to gather a lot of new information — an ideal position for expectant new dads, in fact. New mothers tend to have high cortisol levels too, and the levels of cortisol in their milk seem to be one of the main ways in which babies develop: high-cortisol babies grow up faster. In general, it seems like a good idea for everybody. And it might be responsible for the male weight gain, too: cortisol stimulates fat production so it can be used in emergencies.

This may be a counterpart to the drop in testosterone levels, but it's very interesting on its own. Estradiol is a variant on oestrogen, and the same 2014 study that found no particular change in cortisol levels also found that estradiol levels dropped off too. While the study group of the experiment, done by the University of Michigan, was very small, it's a strange discovery, because on the face of it, it doesn't seem to make sense. Why would a female hormone need to be decreased alongside testosterone?

However, if you look into the science of what this oestrogen variant does to the male brain, it begins to be clearer. Estradiol, it turns out, is also a factor in aggressive behavior in men. And it also, according to new 2014 research, plays a part in boosting male libido. Neither of these are particularly desirable characteristics in fathers-to-be, who need to be focusing on gently bonding with their infant rather than running around starting fights and demanding sex.

More like this
The UK Abortion Laws In 2022, Explained
By Sophie McEvoy
6 Abortion Advocates To Follow On TikTok
By Sara Youngblood Gregory
How Getting An Abortion Has Changed From The ’60s Through Today
By Amanda Chatel
How To Protect Your Digital Privacy If You Need An Abortion Post-Roe
By Kaitlyn Wylde
Get Even More From Bustle — Sign Up For The Newsletter