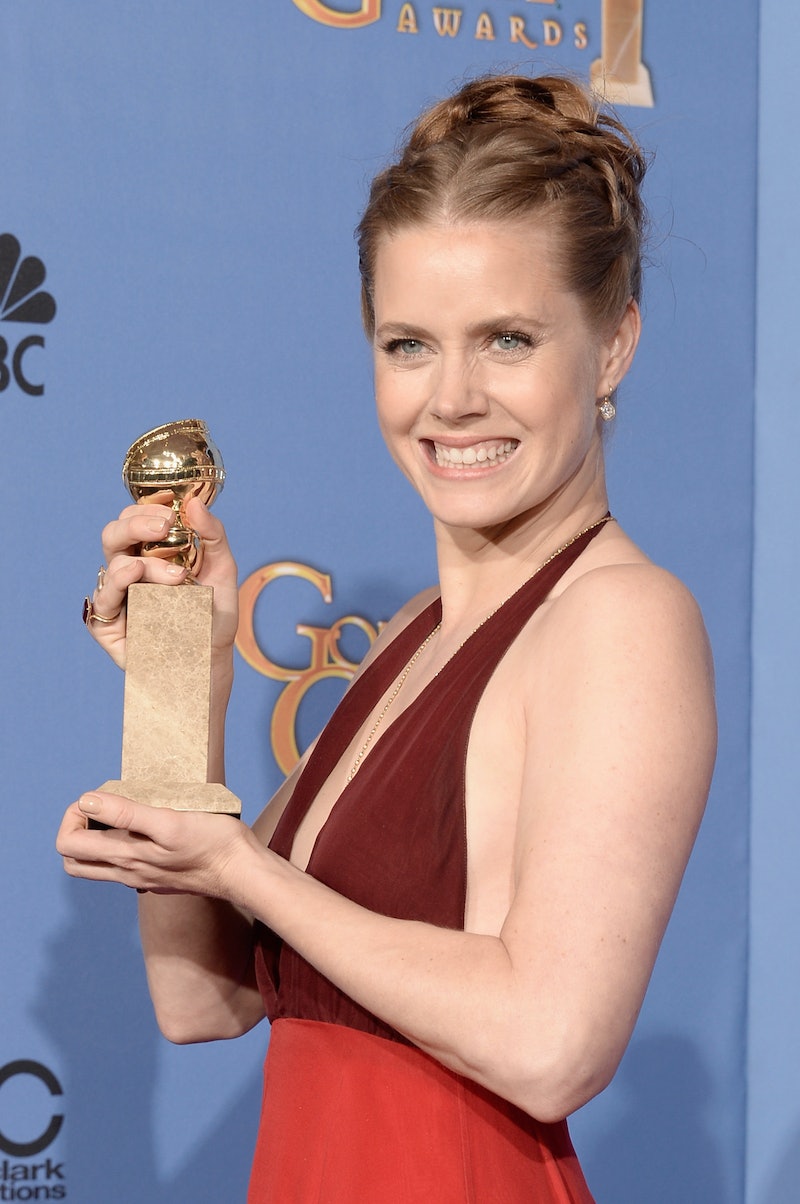 During awards season, hearing that an actor or actress got "snubbed" doesn't come as much of a surprise. When there are as many talented performers and as few spots for nominations as there are in any given year, some deserving people are bound to get overlooked. Still, that doesn't mean the snubs don't sting — especially when the ignored actor was just as qualified as any of the actual nominees. And so will be the case for this year's Oscar Best Actress race, in which six equally deserving women are vying for five spots.

No matter which five are chosen, one wonderful actress is bound to get shut out, despite being just as worthy for the spot as her competitors. It'd be a tough situation for any Oscar race, but it's especially painful for Best Actress, considering the quality of the six contenders: Blue Jasmine's Cate Blanchett, Philomena's Judi Dench, Gravity's Sandra Bullock, August: Osage County's Meryl Street, Saving Mr. Banks' Emma Thompson, and American Hustle's Amy Adams.

Of these six actresses, one is inevitably going to get snubbed. Sure, it could, potentially, be more than one; no one's ruling out Enough Said's Julia Louis-Dreyfus or Short Term 12's Brie Larson completely from snagging spots, but judging from what awards season has looked like so far, it's highly doubtful they'll show up as contenders. It's the six actresses listed above who are the only serious possibilities for nominations, and of those six, one is not making the cut.

The big question is — who will it be? The answer is impossible to say, because for the first time in what seems like forever, all six actresses are incredibly qualified. Just try using process of elimination to determine who'll get snubbed: It can't be Cate Blanchett, because she's the frontrunner for the win, and just received the Golden Globe. It can't be Sandra Bullock, because she's America's Sweetheart, and Gravity is a serious contender. It can't be Judi Dench, because Philomena is an awards darling, and Dench is an Oscar veteran. It can't be Emma Thompson, because her performance was the clear highlight of the otherwise so-so Saving Mr. Banks. It can't be Amy Adams, because she just won the Globe, and everyone agrees that, after so many nominations, it's her time to win. And it can't be Meryl Streep, because, well, she's Meryl Streep.

So who's it going to be? My bet is on Streep, because as beloved as she is, voters might think that it's time to give some other women a chance. Still, it's just as possible that Streep stays, and Adams goes; despite the latter's Globe win and all the acclaim for American Hustle, Oscar voters might have too much trouble with the idea of snubbing the Greatest Actress of All Time. Of course, it could be Thompson, or Bullock, or Blanchett, or Dench, but it's unfathomable to imagine any one of those actresses not making the cut. The Best Actress nomination race will most probably come down to Streep vs. Adams, an impossibly tough decision that I don't envy any Oscar voters for having to make.

Oscar nominations are out on Jan. 16, and until then, we can only guess at what's to come. Still, no matter what happens, it'll be a shame to know that at least one wonderful actress will get snubbed. On the bright side, the intense competition is evidence that 2013 was a fantastic year for women in film; the fact that I'm grumbling over how there are too many actresses worth honoring this year is a sign that progress, slowly but surely, is being made for women in Hollywood.