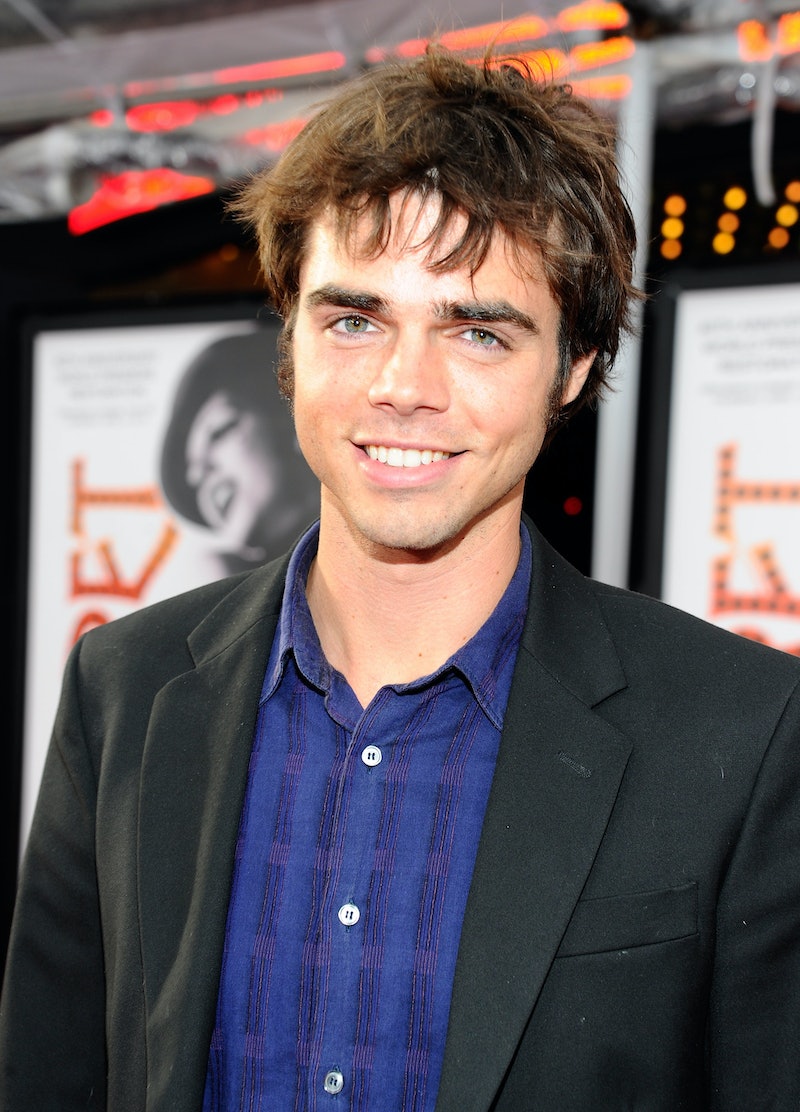 You probably recognize the above actor for playing Dylan, Haley's on-and-off boyfriend, on ABC's Modern Family. On Friday, the Huffington Post posted an open letter written by the actor, Reid Ewing, who revealed his battle with body dysmorphia. It is a brave and eye-opening piece into his life behind the camera.

When Ewing first came to Los Angeles to pursue his acting career, he found himself all alone. His letter opens:

Body dysmorphic disorder is a mental illness in which a person obsesses over the way he or she looks. In my case, my looks were the only thing that mattered to me. I had just moved to LA to become an actor and had very few, if any, friends. I'd sit alone in my apartment and take pictures of myself from every angle, analyzing every feature.

Eventually, Ewing decided to take matters into his own hands and came to the conclusion that "No one is allowed to be this ugly." At just 19 years old, he went under the knife for the first time. But things didn't turn out how Ewing, now 27, anticipated, to say the least. "I woke up screaming my head off from pain, with tears streaming down my face," he writes. "The doctor kept telling me to calm down, but I couldn't. I couldn't do anything but scream, while he and his staff tried seemingly to hold back their laughter."

He tried to escape by leaving Los Angeles for two weeks to heal and hope that the result of the plastic surgery would satisfy him. It didn't. Ewing received several more procedures, not all from the same physician, leaving him with even more results he wasn't satisfied with. "For the next couple of years, I would get several more procedures with two other doctors," Ewing details. "Each procedure would cause a new problem that I would have to fix with another procedure. Anyone who has had a run-in with bad cosmetic surgery knows this is true."

Part of this even occurred during his time on Modern Family, and at the beginning of 2012, it all started to wear on him. He confesses:

At the beginning of 2012, all the isolation, secrecy, depression, and self-hate became too much to bear. I vowed I would never get cosmetic surgery again even though I was still deeply insecure about my looks. It took me about six months before I was comfortable with people even looking at me.

Now, Ewing is opening up and hoping to help others understand who he is as a person and possibly guide others who are going through similar situations. What really prompted him to write his letter was watching the first plastic surgeon he visited giving tips about cosmetic surgery on TV. "Well, this is written to counter his influence," he explains. "Before seeking to change your face, you should question whether it is your mind that needs fixing.

Ewing wants people to know how serious body dysmorphic disorder is and how easy it is for someone who dealing with it to become addicted to cosmetic surgery. He especially wants to stop body shaming and try to make others understand what someone is going through. Furthermore, he hopes to shine a light on what he calls the "unethical work practiced" by cosmetic surgeons. He writes, "It's a problem that is rarely taken seriously because of the public shaming of those who have had work done." He later on adds, "I think people often choose cosmetic surgery in order to be accepted, but it usually leaves them feeling even more like an outsider."

For Ewing, he doesn't see plastic surgery as wrong in every case, but considers it a "horrible hobby" and calls it something "will eat away at you until you have lost all self-esteem and joy." He concludes his letter with quite the powerful statement:

I wish I could go back and undo all the surgeries. Now I can see that I was fine to begin with and didn't need the surgeries after all.

You can read Ewing's letter in its entirety at Huffington Post.