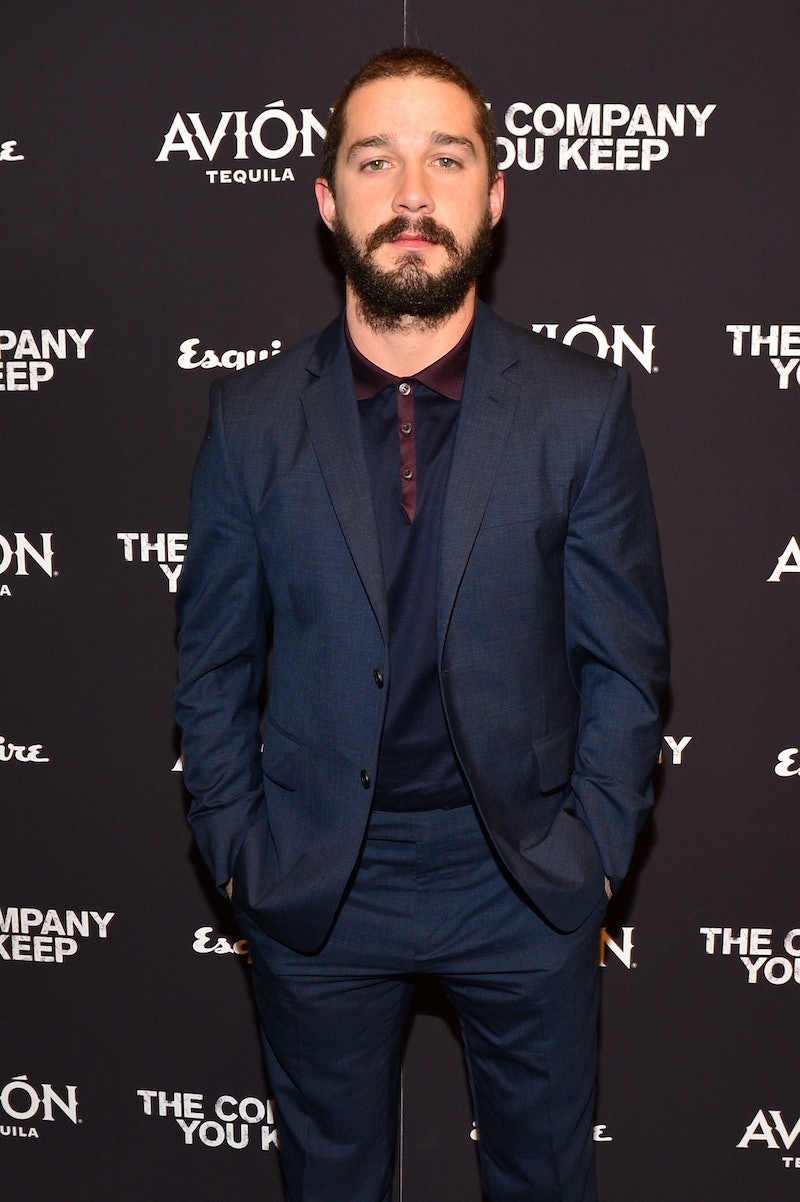 If you watched the Golden Globes last night, you know that Jim Carrey made a joke about Shia LaBeouf and if you have been following the Shia LaBeouf WTF Saga of 2014 and the End of 2013 (its formal title), then your immediate response was, "Omg. Is he gonna respond? Is he gonna come out of retirement and respond???" And you know what, he didn't. He kept his Twitter lips zipped and stuck to his plan. Just kidding! Shia LaBeouf responded to Jim Carrey's joke thereby coming out of his self-imposed retirement. He wrote tweets directed at Carrey, posted a video of Carrey's daughter's band, deleted an insulting tweet, and then maybe retired from public life again. It was exactly what was expected.

Carrey's Golden Globes joke poked fun LaBeouf's recent issues with plagiarism using a famous quote of mysterious origin. "Dying is easy, comedy is hard... I believe it was Shia LaBeouf who said that." It was a really clever joke, but would LaBeouf think so? No, he wouldn't. But would we get to find out for sure that he didn't like it even though he retired from "all public life" three days ago? Yes, it turned out, we would.

Um... maybe it's just that I'm not on the same wavelength as Shia LaBeouf, but I don't really know what that means...

Then he posted a music video from Carrey's daughter's band, The Jane Carrey Band, and wrote, "At least I don't get arrested for indecency on major LA highways! Or abandon love child's." I think he meant a child's love, but I can't be sure due to the aforementioned wavelength thing. Since then he's taken the tweet down (but left the music video for reasons unknown) and replaced it with:

I think this means he has retired from public life again, but just to be sure someone needs to go on television real quick and make fun of him. If he responds, then we'll know whether or not he's serious this time.