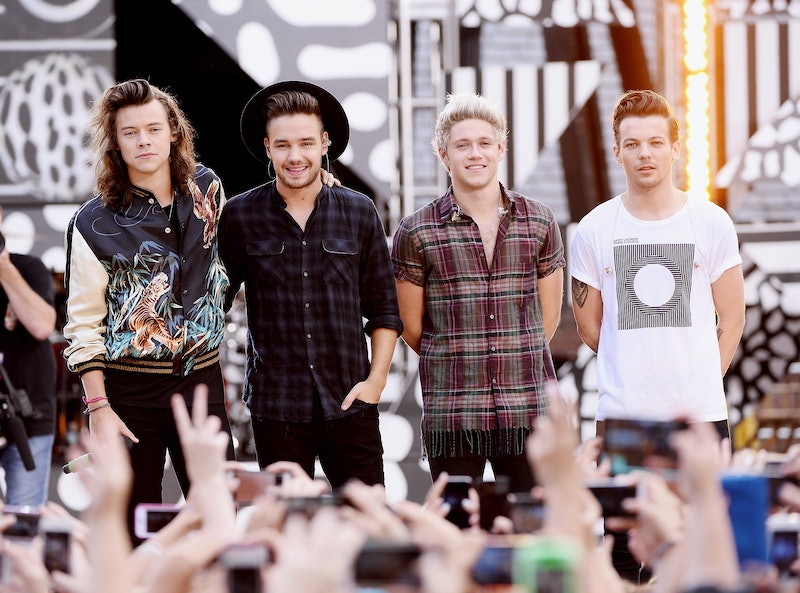 Since it's Friday, let's talk about the immense importance of One Direction endorsing a potato, because this is actually a thing. The legit social experiment conducted by Jimmy Kimmel shows the enormous influence of 1D, which, in reality, is really not all that surprising. Still, a potato. It's intriguing.

One Direction appeared on Jimmy Kimmel Live! on Thursday night, to perform several fan faves off of their new album, Made in the A.M., cat it up with the genial host, and somehow get roped into making a potato a new member of their band.

As Kimmel so eloquently explained:

This is a Russet potato raised in a field among many others. We bought it at Ralph's; it cost 58 cents. It is a very ordinary, some might say humble, vegetable. But what this potato does not know is that it's about to become the most famous potato in the world. Members of the paparazzi will try to take pictures of it, young girls will shriek when they see it. By this time tomorrow, this potato will be on Extra, Access Hollywood, TMZ, People.com. It might even be dating Ariana Grande, we don't know.

With some love from each of the guys — Niall Horan kissed it, Louis Tomlinson poked it, Liam Payne smelled it and then rubbed it in Harry Styles' hair (which is where the magic really comes from, let's be real) — the potato was then set up with every form of social media imaginable, where the numbers quickly started rolling in.

First and foremost, the guys uploaded a picture of the spud from the official One Direction Instagram account. A photo that, as of this morning, has more than 566,000 likes. (I'll give the credit to Payne — dude can really pick a filter that emphasizes a potato's most flattering angles.) The potato has also racked up 114K followers on its own Instagram account, 16.4K on Twitter, and a little more than 6,000 on Facebook. (1D fans clearly aren't into Facebook.)

It's an experiment that shows the incredible influence One Direction has on their fans, a feat that is not exactly shocking, but perhaps seen by some as both perplexing and amusing. By seeing how quickly fans will hop on a trend of something so mundane just because it's One Direction-related may be mocking the passionate nature of the fandom (the show also made sure to do that by doing a segment of "Lie Witness News" with 1D fans), but I think the joke's kinda on Kimmel here. Sure, fans are known to be dedicated to a fault when it comes to their idols, but the fans in this experiment were most likely in on the joke and were well aware that this was something silly and stupid. My point being that the reason this potato racked up such numbers probably had little to do with the fact that Harry Styles' tendrils were all over it and way more to do with the notion that it's a silly social experiment that fans can be a part of.

Of course, it must be noted that this is not the first time a potato has featured prominently in the One Direction fandom. Never forget the time that Horan randomly yelled out "potato!" in such a ridiculously hilarious way that the video has literally over one million views on YouTube. Like this Jimmy Kimmel potato would even come close. Psh.

May the potatoes forever live on.