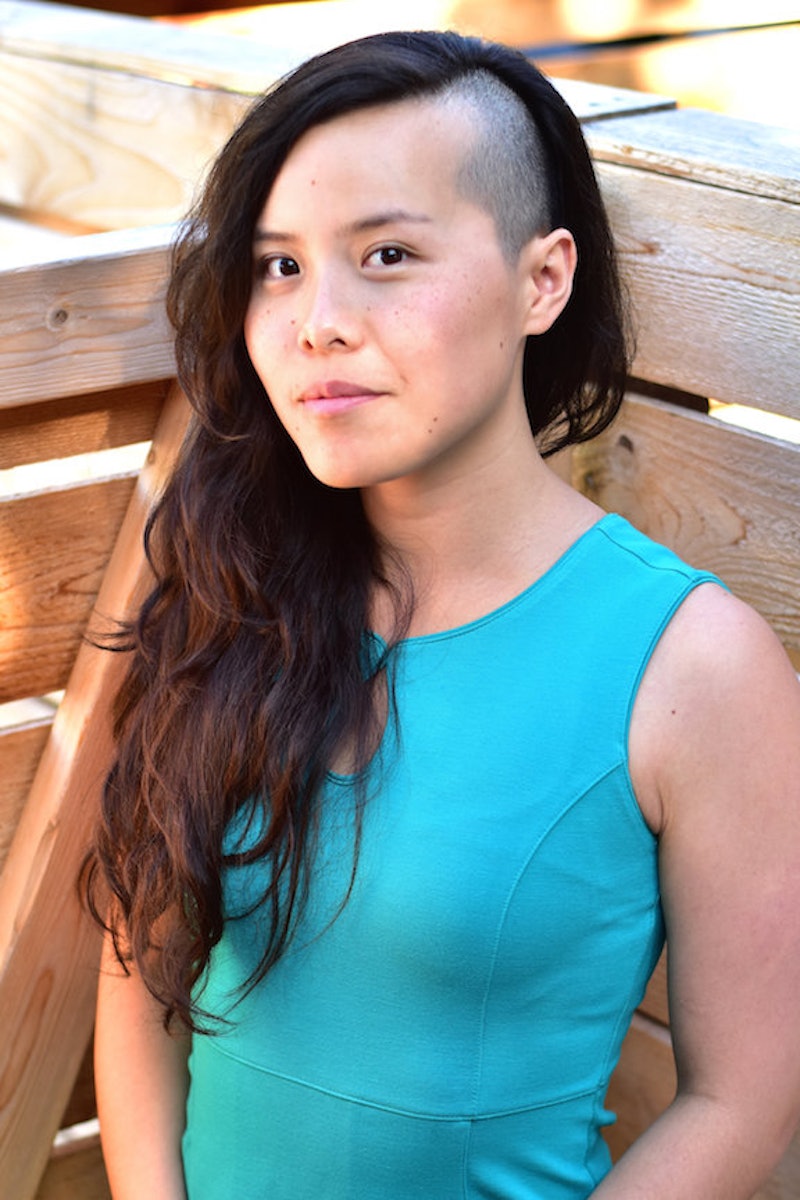 Kim Fu's debut novel For Today I Am A Boy (HMH) is a well thought out and perfectly executed story about a Chinese Canadian family, focusing on the struggles of the only male child, a child who, as it happens, isn't a boy at all. The novel tackles racial and gender identity all at the same time, and is both heartbreaking and beautiful.

Peter Huang's father has always wanted a son. He may have tried to leave behind all his old Chinese traditions after moving to Canada and to fully assimilate into the new culture, but he still holds fast to the value of an unbroken male lineage. And so when Peter is born, he is happy. But Peter is not. He* would much rather be like his three sisters than fit into his father's idea of masculinity. And so begins his lifelong struggle.

The story that unfolds touches on many issues: race, class, cultural differences, domineering parents, and gender identity. And yet it remains, above all, the story of one person, a person who feels constantly out of step with the world around him, and who struggles to articulate almost ever aspect of who he is.

Having grown up in a deeply unhappy and oppressive environment, Peter does not know how to explain his own misery, how to explain "there could be misery in families where no one drank, no one hit anyone, no one had a diagnosed mental illness, where there was nothing so recognizable and lurid as murder or incest." His identity as a Chinese Canadian is similarly tangled by his father's insistence the family fully conform to their white neighbors. And, most of all, Peter's inability to think of himself as truly male creates an impossible burden that follows him throughout his life.

Yet Peter tries. He grows up without the word trans in his vocabulary, with no idea that it is permissible or even possible to outwardly and publicly express the gender identity he feels internally. And so he does his best to live his life as a man.

Yet even though Peter himself cannot express any of these things, the novel itself expresses them with nuance and depth. In a true act of mastery, Fu manages to let Peter narrate his own story, to let readers see the confusion and fear and sense of helplessness that plague him, but also to help readers understand all of the things Peter cannot understand.

Overall Fu's commentary is spot on, from her clear-eyed look at the repressive small town in which Peter grows up to her equally illusionless view of the urban, white, middle class LGBT activists Peter eventually encounters later in life. Yet her most remarkable achievement is in creating a quietly unforgettable character, one who is not meant to represent an "average" or "typical" trans life, but an individual one. This book brilliantly touches on many social issues, but it is also a story which shines all on its own. And Peter is a fully realized, fully unique character — one who will find his way into the hearts of readers everywhere.

*Note: Having thought long and hard about the issue of pronouns, I have chosen to use male pronouns to refer to the main character simply because (mild spoiler alert) the main character uses them throughout virtually the entire novel. Even though Peter is never comfortable with a male gender identity, it is the identity that is expressed in the time frame of the novel. So while no gender pronouns fit the character perfectly, female pronouns are not part of the character's experience in this novel and therefore have not been used. If readers find this choice of pronouns offensive or problematic please feel free to contact me.