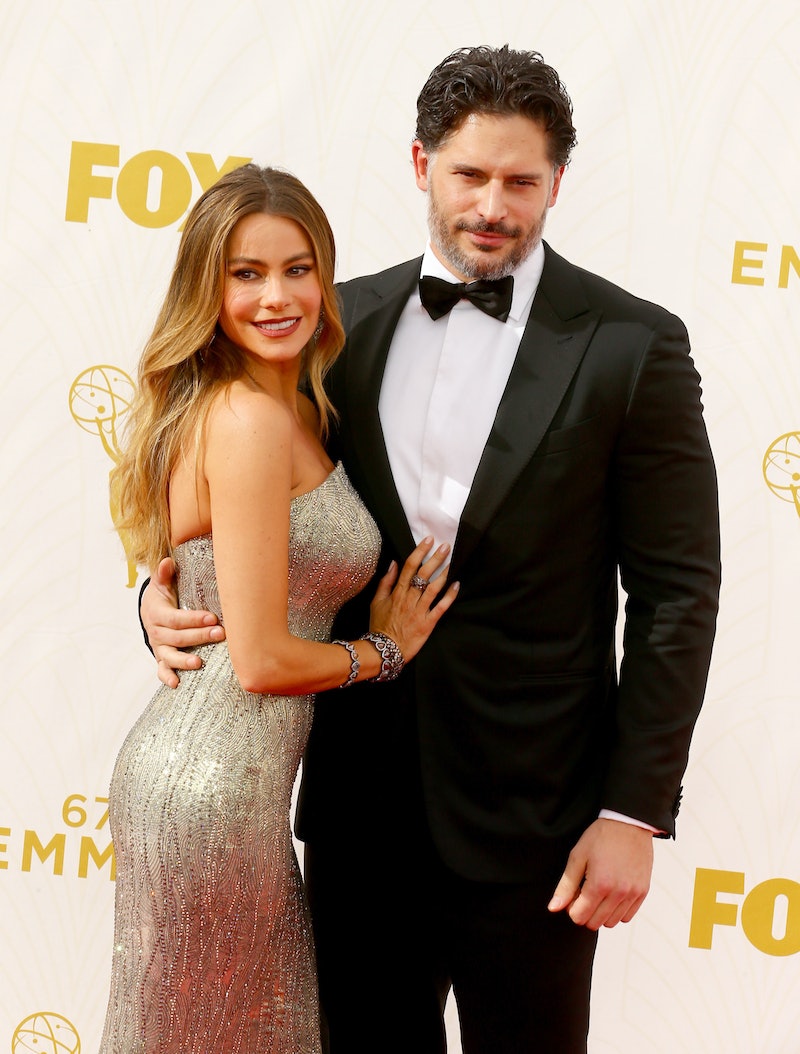 Remember in December of last year when there were rumors swirling that Sofia Vergara and Joe Manganiello were engaged? Well, the Modern Family actress and the Magic Mike XXL actor just made things official. According to People, Vergara and Manganiello are now married! As the magazine reports, the event took place on Sunday, Nov. 22, in a ceremony held at the Breakers Resort in Palm Beach, Florida. It was the culmination of a weekend full of celebrations, and guests included Jesse Tyler Ferguson, Channing Tatum, and Reese Witherspoon. It appears that Vergara's 23-year-old son, Manolo, walked her down the aisle.

Earlier this month, E! News reported that the couple would be tying the knot the weekend before Thanksgiving. Before saying "I do," the happy couple had pre-wedding festivities in Florida on a private beach, surrounded by friends and family. There was reportedly a "stunning cocktail hour" where the pair was joined by mostly family members and close friends. E! also reported that over 100 hotel rooms were booked for the wedding party and 50 private homes on Palm Beach were rented for the big wedding weekend. Also, it was previously reported that guests would not be allowed to enter the venue and any of the other festivities with their cellphones. How many do you think guests sneaked in?

Previously, Vegara opened up to Martha Stewart Weddings about her nuptials to Manganiello and said, "I want a wedding where the guests are going to have fun... It's about creating memories that you're always going to cherish. That's what's important."

Well, they surely seemed to do just that. Congrats to Vergara and Manganiello! Check out the gorgeous photos of the ceremony (and see Vergara's stunning dress) below.