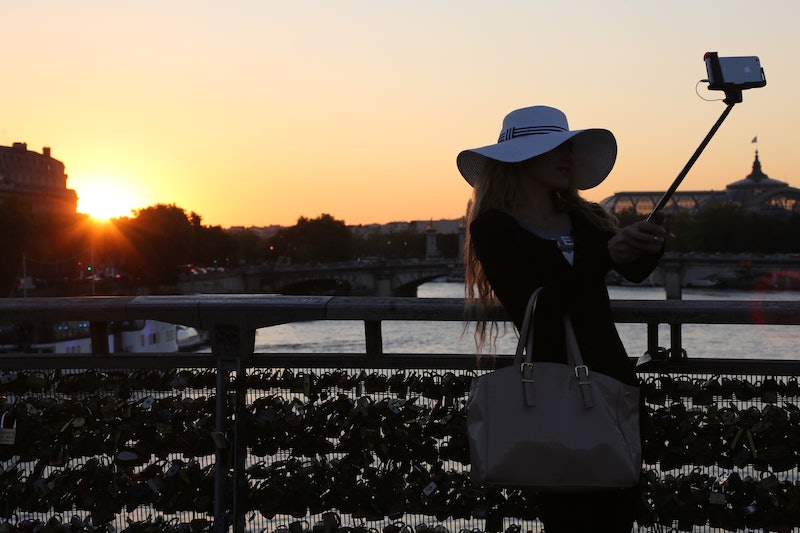 It's no secret that technology is constantly changing. For many of us, the immense changes brought on by the Internet and smartphones have happened within our lifetime. As we've grown up, we've learned to adapt from one technology to another without too much questioning involved. Yet, despite our own emoji-based skills, parents are still learning a lot about modern technology — which is why this video of parents reacting to selfie sticks should really be required viewing for pretty much everyone. Why? Because even if you think you know everything there is to know about a piece of technology like the selfie stick, there's probably still more you can learn.

Does the Fine Brothers' video chronicling all those parents trying to get the measure of selfie sticks get just as ridiculous as you'd think? Yep. Not only do they react to the tool, but they're asked to use it as well. Watching the video, you're just waiting for a phone to drop and a screen to shatter. Somehow, though, all of them manage to take a decent selfie — and they even get a little creative with their angle choices.

The parents are also asked a few questions about social media and how it has impacted their children (most of whom seem to range between the ages of nine and 12). This is the part of the discussion where you might want to plug your ears if you want to avoid a rant about how social media is destroying the lives of today's youth. Yet, surprisingly, the parents all approach the concepts of selfies and social media with open minds. Some are more involved in their children's Twitter and Instagram than others, but they all maintain an admirable level of fairness.

Here are six lessons about selfie stick usage we can learn from these intrepid parents:

To be fair, the parents were thrown into the whole process cold, but I truly hope it wasn't that hard to find the button on the handle.

No contouring necessary — the parents knew how to snap a good pic (once they got the hang of the selfie stick, anyway). I'm pretty sure Kim Kardashian has taken at least 15 pics from this angle.

3. We Are Tech Support

"Should I call my daughter?", laughed one of the parents. It's a common occurrence that a member of an older generation will seek the aid of someone younger when learning new technology. It's easy to get impatient, but let's just be thankful that our parents want to learn the technology that makes our lives so fun.

4. Kids Are On To Something

"Now I've noticed adults are sucked into it as much as kids are," said one of the dads. "I'm guilty of it myself," noted a few of the moms. Turns out that once the parents do get the hang of technology, they love it almost more than we do. How many times have you seen someone's dad hogging Angry Birds?

When asked if they keep track of their kids' social media accounts, one dad described it as a balance between a desire to protect them and a desire for their kid to have the experience. They know its a part of their children's lives, but they also know it presents a whole new host of dangers. They deserve some credit for walking this tightrope.

6. They're Really Making an Effort to Learn

Many of the parents interviewed voiced the importance of at least being aware of certain aspects of social media. They believe it's their responsibility to educate themselves — particularly, as one dad put it, because so much of the parenting literature available is so outdated. I mean, where's the book that tells you when to get your kid a cellphone or when to let them have a Facebook page?

By making yourself aware of things like social media — and even something as seemingly benign as a selfie stick — parents have the capacity to "open a dialogue" with their children that they "didn't even know existed." Useful, no?

Take a look at the full video below: