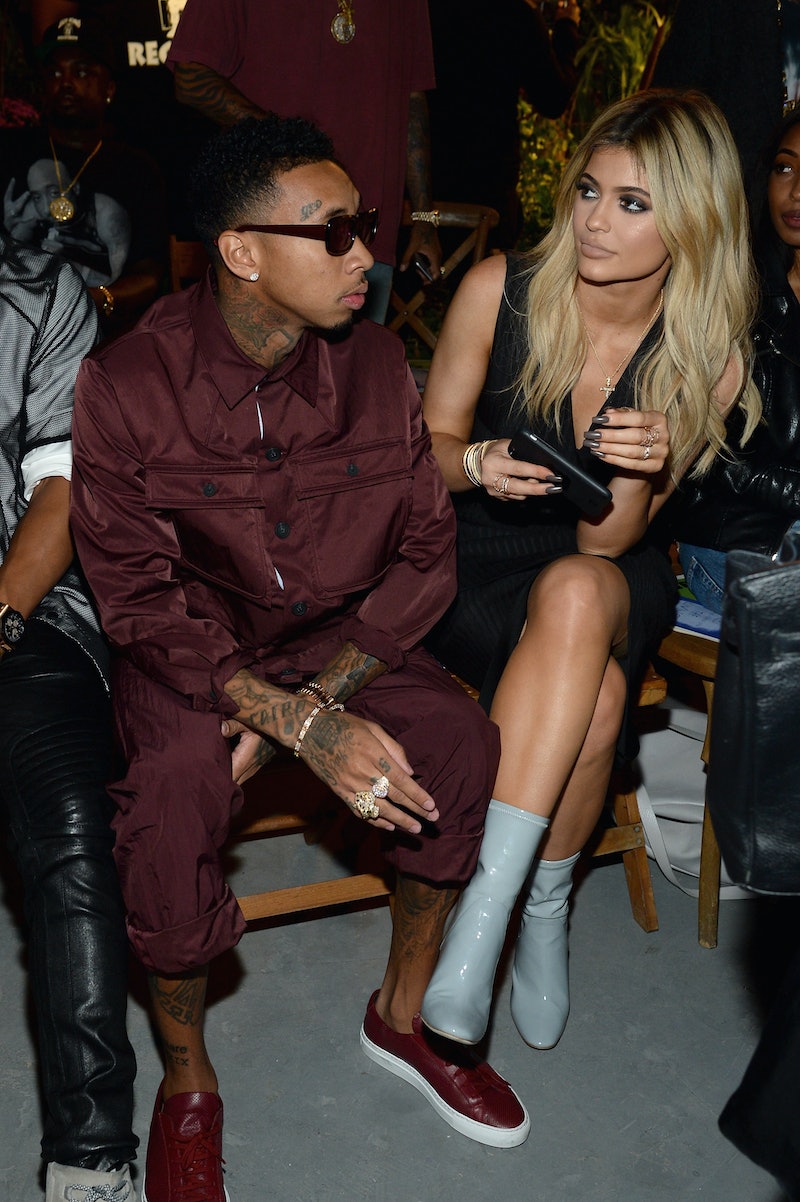 Guys, guys, guys. The first relationship rule is this: Never ever under any circumstances, get a tattoo on your body with your significant others name. Because — and here's a secret you may not have known — tattoos are permanent. Here's another secret: often times, relationships are not. According to multiple sources, Tyga and Kylie Jenner have broken up, and apparently, they're learning the tattoo lesson the hard way. Why? Well, because Tyga broke the cardinal relationship rule and tattooed Jenner's name on his body. Now, he's just further proof that getting your girlfriend or boyfriend's name on your body is always a bad idea. (Bustle has reached out to Jenner's rep for comment on the reported split, but has not yet heard back.)

And another thing, before I end my anti-significant other tattoo tirade: Hollywood relationships aren't typically known for their longevity. Why do that to yourself with this knowledge?! Anyway, the damage has been done. The name's there, the tattoo is evident, and it isn't going to go away unless he goes through some very painful removal lasering and whatnot.

But there is another way to cope. Tyga can cover the tattoo up. Now, I don't know if you've seen it, but the tat is fairly big so he'd have to be creative with what he'd want to tattoo over it. Thankfully, I have a few ideas for him.

Tyga's son's name is King Cairo. Which, just happens to start with the same letter as Kylie's name, but is also longer and would more than succeed in covering it up. He does already have a tattoo in honor of the little guy that reads, "Cairo." But you can never break up with your son, so I don't think another one would hurt.

Seems fitting. I'm sure the tattoo artist could work something out.

Why not, ya know?

5. He Can Pull A Kristen Stewart

Just ink it out and make it into some kind of a cool design.

6. The Broken Heart Emoji, The Hour Glass Emoji, & The Sun Peaking Out Of The Cloud Emoji, In Succession

A message of hope after heartbreak.

I think these are great ideas, personally.