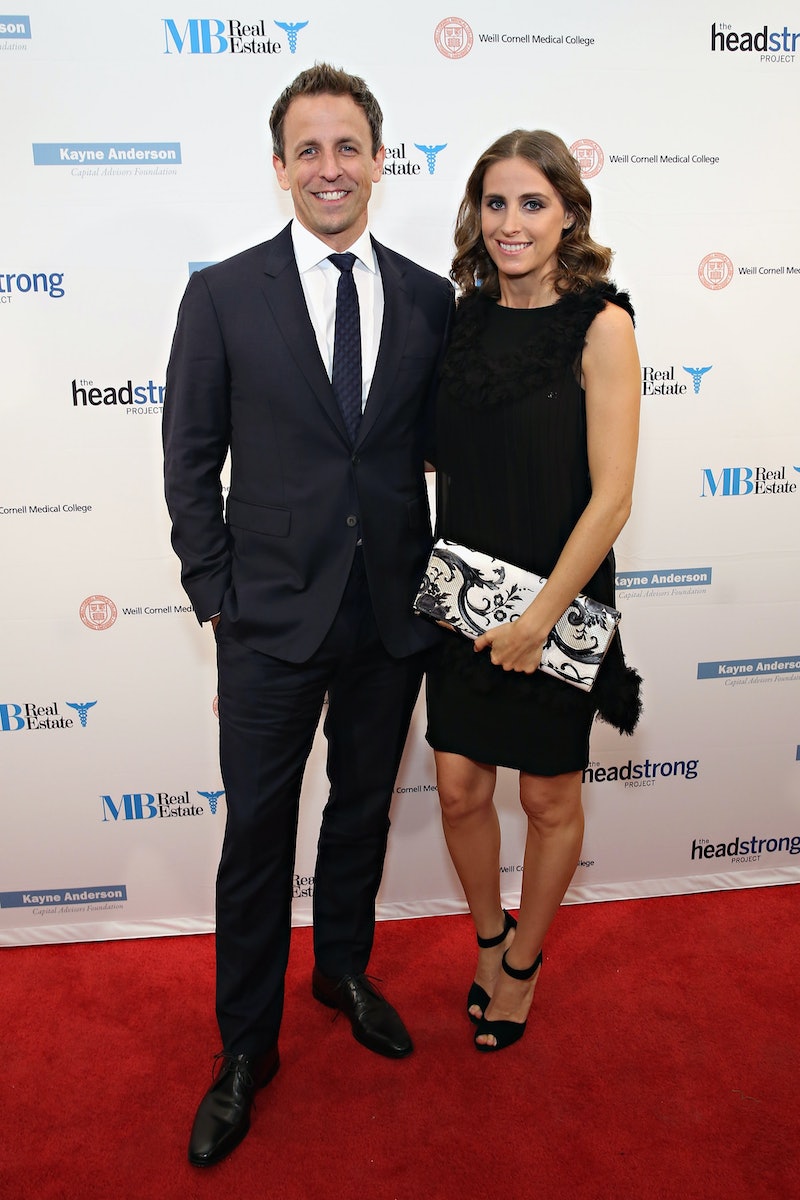 Exciting news for Seth Meyers fans: the talk show host and his wife, Alexi Ashe, are expecting their first child together. And thank goodness the former Saturday Night Live star and current Late Night host has plenty of experience staying up late. Meyers’s rep confirmed the news to Us Weekly that the recently married couple are happily with child. And for a guy as great as Seth Meyers, I seriously couldn’t be happier.

Meyers and Ashe married in 2013, and, although the former Saturday Night Live head writer and current talk show host has remained mum on the topic of his personal life and his relationship with Ashe, I can only imagine that they are both delighted over the news. After all, it’s been an exciting two years for the couple. The two were married in a lavish ceremony on Martha’s Vineyard in September of 2013, and just a few months later Meyers took over hosting responsibilities at Late Night.

For her part, Ashe is a human rights lawyer who, as my grandmother would say, is one tough cookie. Apparently, on the night before their wedding, Vogue reports that She came down with food poisoning and spent the morning of the happiest day of her life… in the hospital. And when a nurse told Ashe that she wouldn’t be getting married that day, she became determined to make it happen.

Talk about in sickness and in health.

Clearly with her determination and his penchant for a laugh, the two are going to make wonderful parents. And just think of all of the SNL baby reunions that can take place now. I’m picturing Amy Poehler and Tina Fey bringing their kids over to the studios for one big riotous play date. Can you just imagine?

My well wishes go out to the happy couple and soon-to-be family of three!