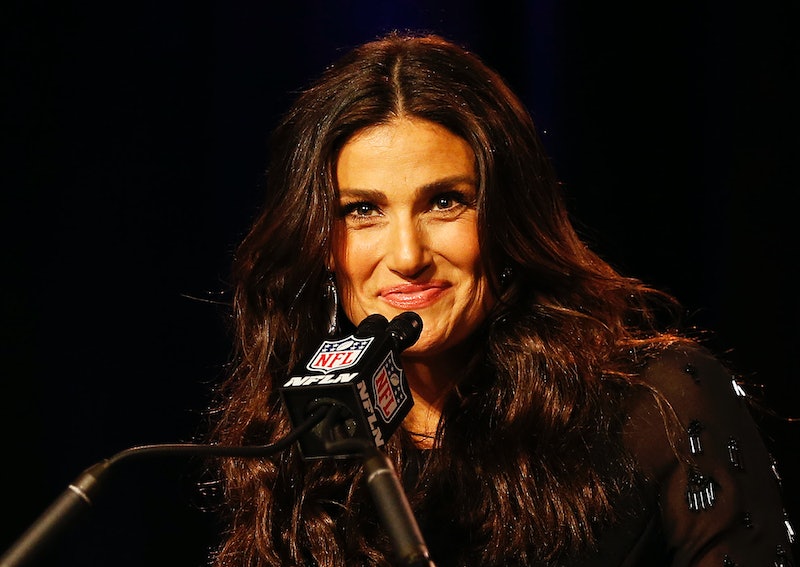 Growing up in New York City, one of the first Broadway musicals I had ever seen was Rent. It was edgy, it was modern, and it had rock music — it was the coolest thing I had ever seen. Nearly a decade after it debuted on Broadway, Rent premiered on the movie screen with mostly the same original cast as the stage musical, but there's plenty of things you may have forgotten about Rent the movie. In honor of the film's 10th anniversary, I think it's time we take a look back at the movie version of this groundbreaking musical.

Nine years after Rent premiered at the Nederlander Theater on Broadway in 1996, Rent the film opened theatrically and starred Taye Diggs, Idina Menzel, Jessie L. Martin, Adam Pascal, Wilson Jermaine Heredia, and Anthony Rapp — most of whom became breakout stars of the stage musical, which was a modern remake of the Giacomo Puccini opera La Bohème. Like most Broadway shows that are adapted for the screen, there are a lot of differences between the stage version of Rent we all know and love and the big screen movie version that people were meh about. But both versions of Rent have the same story: The modern classic musical follows the loves, losses, and struggles of a group of Bohemian New Yorkers in the '90s — including some of whom are HIV positive and some who have trouble paying the titular rent.

So what else did you maybe forgot or not know about the movie version of Rent? Come along and let's reminisce.

Dawson stepped into the role of Mimi in the movie, a part that Daphne Rubin-Vega originated in the Broadway version of the musical, and Tracie Thoms was cast in the role of Joanne, which was played by Fredi Walker on Broadway.

When Rent the movie was released in 2005, the film received mixed reviews and a 46 percent "Rotten" rating from critics on Rotten Tomatoes. It was a far cry from the rave reviews Rent had received on Broadway in 1996.

3. How April Dies In The Movie Is Super Graphic

I first saw Rent with my parents as a young teen and I remember being so shocked at Roger's graphic description of his fiance April's death: She slit her wrists in the bath tub and confessed her HIV positive status in her suicide note. In the film, a montage shows April getting diagnosed, but leaves her cause of death unclear.

If you've read The Perks Of Being A Wallflower, then you totally recognize that name — Chbosky wrote the best-selling novel, along with the screenplay to the 2012 film adaptation, which starred Emma Watson, Logan Lerman, and Emma Watson.

6. The Film Has A Different Timeline

The movie version of Rent is mostly set on Christmas Eve, while the stage version actually takes place over a number of days.

7. Idina Menzel & Taye Diggs Were A Married Couple During Filming

Before Frozen and Private Practice, Diggs and Menzel were two Broadway actors who met and fell in love on stage in Rent. They got married in 2003, made the movie together in 2005, had a son in 2009, and then sadly, divorced in 2014.