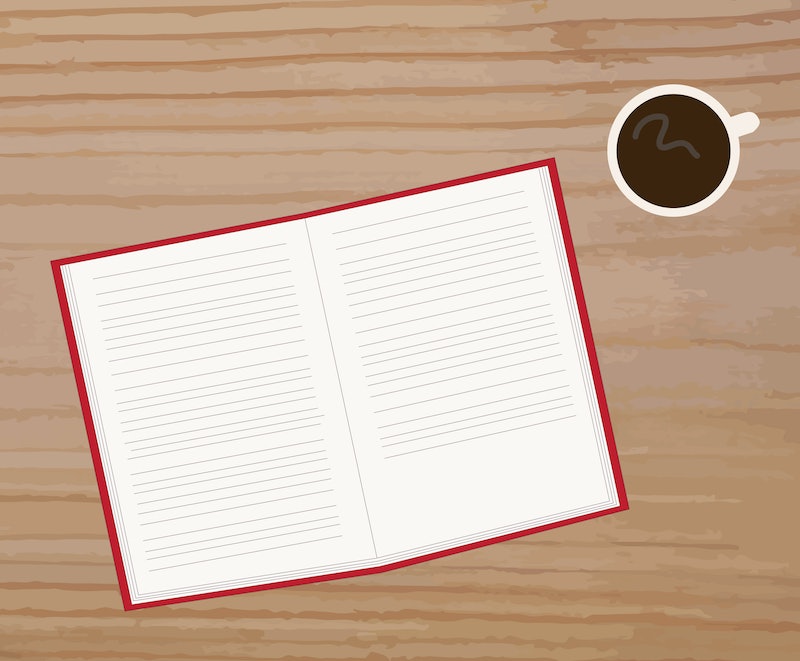 "Come on, it's 2015." We said this phrase all year as a beacon of change. The phrase functioned as shorthand for "Anything is possible. Tolerance and acceptance are in, bigotry is out."

2015 has been a turbulent, rollercoaster ride of a year. There are certainly some ways we've progressed this year (same-sex marriage, y'all!), and there is definitely a lot to be done in other areas. We've come together in many regards, but there are some ways in which we are more divided than ever.

Creating this list was an interesting look into the public psyche. Issues of sexuality, gender, and race are classic favorites to spark conversation, and they surely showed their faces. But alongside these issues, this year readers and commentators were especially confronted with the idea of ownership. At what point is publishing an author's work/ideas exploitation? Who do characters really belong to — the author, the reader, the publisher?

This book inspired an epic amount of controversy, sparking new concerns at every step of the process. The sequel to the classic To Kill a Mockingbird, set 20 years later, follows Scout (now going by Jean-Louise) as she returns to Alabama from New York City. The book's publication was announced among rumors that Lee was no longer in well enough health to be making legal decisions. With Lee's protective sister, Alice, having recently passed away, the new caretaker of Lee's affairs, Tonja B. Carter, had made some questionable actions, including firing and suing Lee's longtime literary agent. As more details came out about how the sequel came to be, the fishier it all seemed. There was evidence to suggest that the manuscript had actually been "discovered" years previously. Not to mention, Lee had previously stated that she had said everything she needed to with To Kill a Mockingbird.All signs suggested that the publication of this sequel had come at a great cost: the exploitation of an aging literary hero.

But the controversy did not end at the circumstances of publication. Once Go Set a Watchman was released, many readers found themselves disturbed by how Atticus Finch, Mockingbird's beloved defender of equality, was now depicted as a stark racist, participating in the Ku Klux Klan and fighting against desegregation.

2. Between the World and Me by Ta-Nehisi Coates

Honestly, I feel weird about labelling this book as "controversial." I don't want to give off the impression that this book is at all problematic or incorrect, because I feel quite the opposite.Between the World and Me won the National Book Award for Nonfiction, Coates was awarded the MacArthur Genius Grant, and the book has been continually hailed as one of the most important books of our time. In her blurb, literary goddess Toni Morrison deemed this book "required reading." to which I whole-heartedly agree.

There is no doubt that Between the World and Me delivers hard truth about the racial landscape of our country, truth that every person (no matter their race or status) needs to think about. Told in the format of a letter to Coates' son, it chronicles Coates' life and subsequent understanding of his status as a black man in America, focusing in part on the racially-motivated murder of Coates' college comrade Prince Jones. Naturally, a book like this received some backlash among its praise, but for the most part it seems like readers and critics have taken Coates' message seriously. But in the end, I feel like Between the World and Me belongs on this list, not because of questionable content or heated debate, but because of the conversation it encourages: a conversation that is as loaded as it is necessary.

3. Captain Underpants and the Sensational Saga of Sir Stinks-A-Lot by Dav Pilkey

This was the banned-book story of the year. In the latest addition to the crazy-fun Captain Underpants series, the book's main characters meet their adult selves and their families, briefly revealing that Harold is gay and grows up to marry a man. But apparently, this was too much for a Michigan elementary school, which banned the book from its book fair, claiming they were worried about students purchasing the book without their parents' supervision.

4. The Girl in the Spider's Web by David Lagercrantz

Another issue of author ownership came to light with the publication of this sequel to The Girl with the Dragon Tattoo. The first three books in the Millenium series were written and submitted for publication by Stieg Larsson, who unfortunately died of a sudden heart attack before any of the books were published. When the series became a smash hit, readers clamored for more. However, Larsson had not left a will, and the book rights defaulted to his estranged father and brother, instead of Larsson's long-time partner Eva Gabrielsson. A heated feud soon erupted between the Gabrielsson and the Larssons. Gabrielsson witheld the 200 pages Stieg Larsson had originally penned for a fourth novel, but Larsson's family went forward and hired David Lagercrantz to write a new Millenium novel anyway.

Even though this book was published in 2007, a huge uproar erupted around it this year when incoming Duke University freshmen refused to read it as part of its summer reading program. An acclaimed graphic novel, Fun Home tells the story of a young woman questioning her own sexuality as she navigates her relationship with her closeted-gay father. The objecting students claimed that reading "the graphic visual depictions of sexuality" in Fun Home would go against their personal and religious beliefs. Debate about this reasoning naturally sprang up: at what point does a student's beliefs supercede the learning value of a text?

For the 10th anniversary of Twilight's publication, Stephenie Meyer wrote this gender-swapped version, in which Bella's character is named Beau, Edward's character is changed to Edythe, and Jacob is now Julie. The new version was a response to claims that Twilightis anti-feminist, particularly concerns about Bella's position as a damsel-in-distress. A bold move on Meyers' part, Life and Death was met with a combination of praise, rage, and lots of Internet speculation.

8. Call Me Dave by Michael Ashcroft and Isabel Oakeshott

The origin of #PigGate, this "unauthorised biography" of British Prime Minister and Conservative Party leader David Cameron made headlines with its scandalous claims, particularly an allegation that Cameron, during his rowdy Oxford days, inserted "a private part of his anatomy" into the mouth of a dead pig as part of a student club initiation ritual. The controversy became even more bizarre upon the realization that in the television show Black Mirror, the fictional British prime minister has sex with a pig on national television. Amidst oceans of internet speculation, the show's creator, Charlie Brooker, assured Buzzfeed that the whole thing was just a bizarre coincidence.