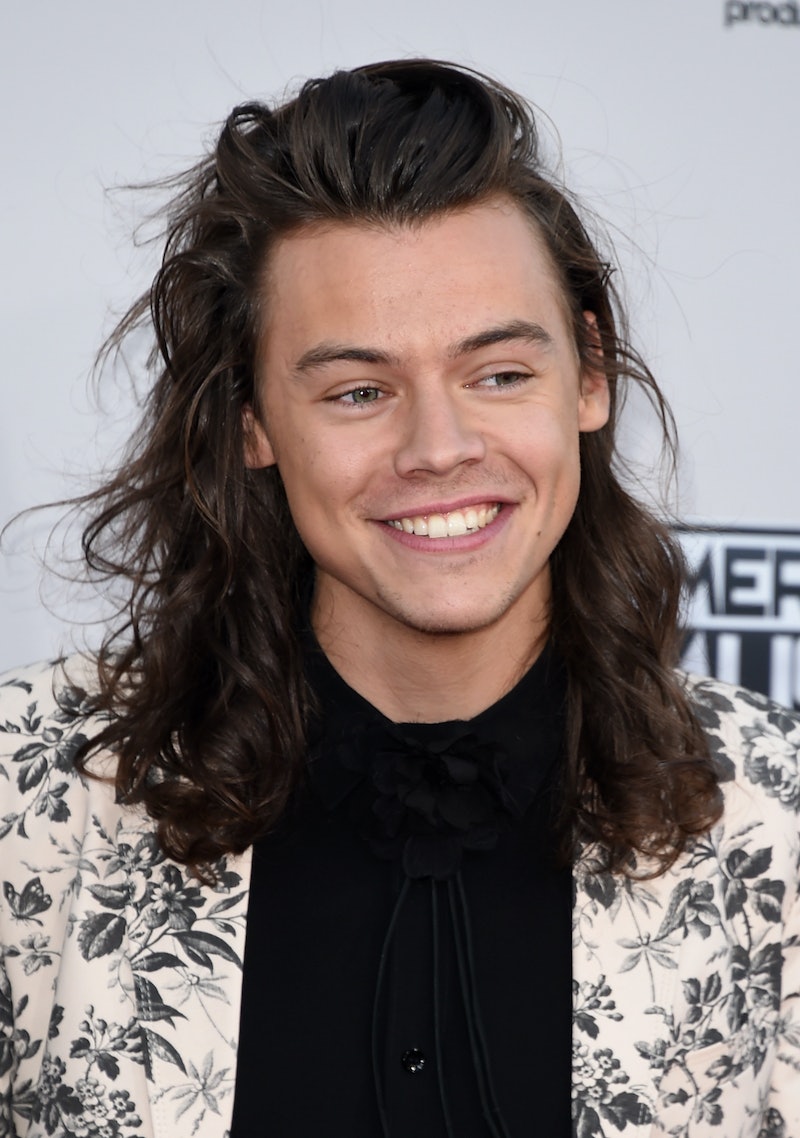 One Direction may have lost their beloved Zayn Malik, but Harry Styles', er, style is worthy of another member. Enter Harry Styles at the 2015 American Music Awards, who wore a floral suit that the entire Internet is freaking out about. It may resemble your grandmother's couch just a little, but the matching separates are working for me. While the rest of 1D looks pretty fly, Styles pretty much takes the cake.

Styles has always been known for his interesting, yet sharp, fashion choices, like the Tom Ford weekender that is one of the first Google searches that come up when you type in Styles' name. From oversize coats, to skinny jeans, to moto boots, Styles dresses like a quintessential bad boy at times, and we're not complaining. He is pretty much the king of layers, slaying fall and winter like it's his job.

While I had a feeling that Styles would choose an unexpected look for tonight's AMAs, I wasn't expecting this. Lol to all the tweets comparing his suit to an Ikea bedspread. They're not too far off — in a good way, of course. This wonderful suit is Gucci Spring 2016, and basically showed us that florals can be edgy, too! The rest of the boys went with suits in classic solid gray, black, and blue.

Twitter is pretty much full of playful jabs, comparing the Gucci suit to bathroom wallpaper and floral armchairs. We can always count on the Internet to give us a laugh. Major props to Style, though, for going with a look that certainly made him stand out.

Because really, if you're not yourself, who are you? Check out some of the hilarious tweets, below.

Congratulations, Harry Styles — Most Epic Outfit of the Night goes to you. I can't wait to see how the rest of the Internet reacts to this.