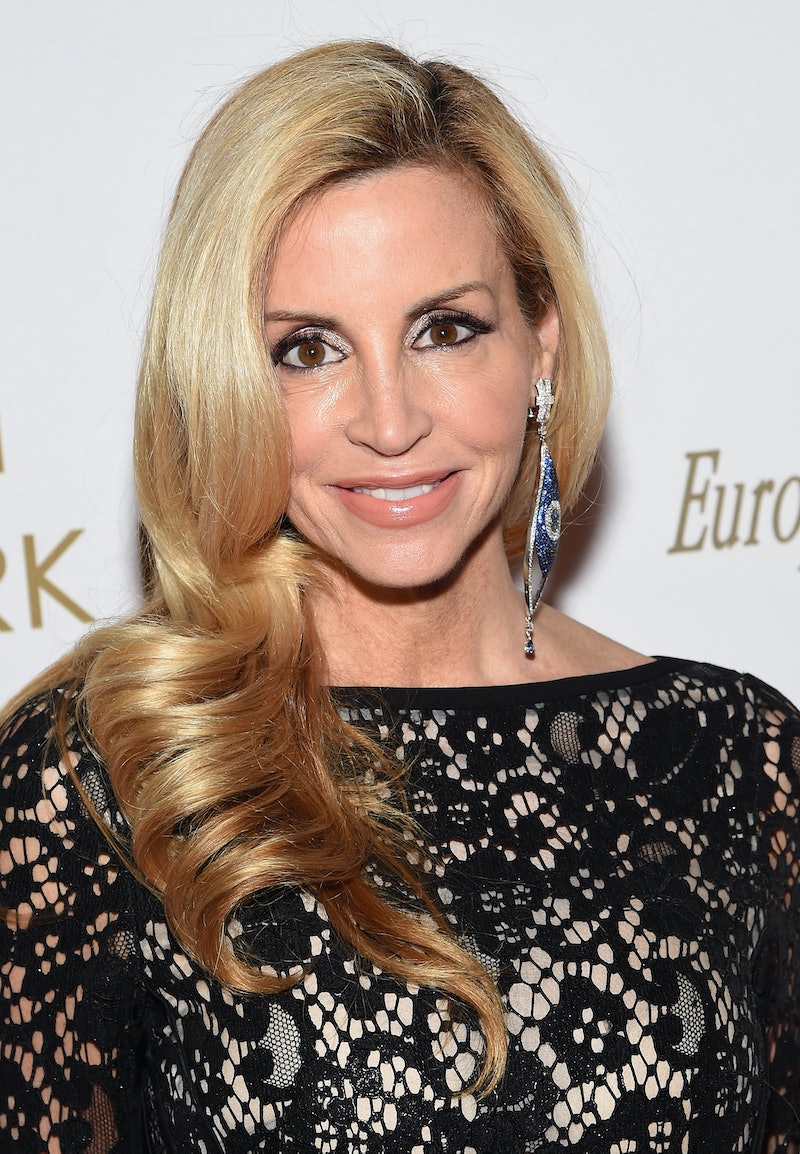 I don't care if a magazine called Camille Grammer the "most hated housewife" back on Real Housewives of Beverly Hills Season 1, because I loved her. To this day, I will petition she needs to return as a full-time cast member, but that's just me. The first season of the show wasn't easy for Camille. Not only was she cast as the villain of the season, but she was also going through a really ugly divorce. On the RHOBH special, Camille opened up about her divorce from Kelsey Grammer and she didn't hold back on how she felt then and how she feels about it now.

There's no doubt that Camille seemed to have a chip on her shoulder during Season 1 that can probably be contributed to her strained relationships with her cast mates and her husband at the time, actor Kelsey Grammer. Camille says on the special that she was apprehensive to join the show when Kyle Richards reached out to her about it, and even the producers weren't expecting a celebrity of Kelsey Grammer's status to be willing to open up his life to reality show cameras. So when Kelsey Grammer not only said yes, but encouraged Camille to do it, in hindsight, Camille says that there were probably ulterior motives involved. (According to Camille, her husband was involved in an affair at the time.)

Camille is the first to admit on the special that her reactions to things on the show were probably refocused energy from how she was feeling about her marriage. During the trip to New York, it was obvious that there was something off between the Grammers, even the producers felt it. Camille says that watching the season back, she feels like "such a fool," and I have to commend her on her strength. Although she, at the time, was hiding a personal secret about her crumbling marriage, now she is being vocal and strong about the failed relationship, which is much more important than anything else.

Personally, I think Camille deserves another go at being a Housewife. She was on the show at a pretty rough time in her life, and totally deserves to show how much stronger she become after the relationship ended. Plus, who doesn't want more clips of Camille getting groovy like the dancing queen she is?