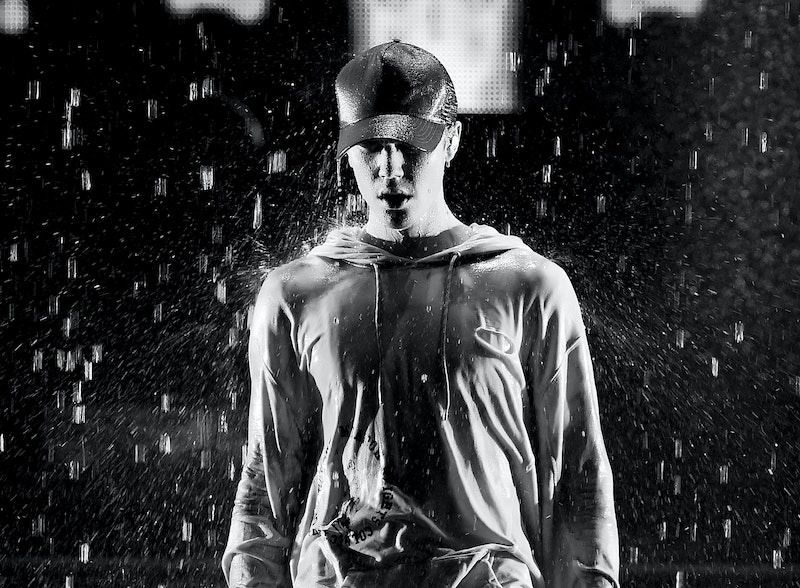 I never thought I'd say this, but I'm slowly but surely becoming a Belieber. He's shown so much growth as an artist and person over the past year, and his latest singles prove that he deserves to be taken seriously as a musician. To close out the show, Justin Bieber performed a medley at the American Music Awards and it was a fun, energetic performance. He sang three of his new songs — "What Do You Mean," "Where Are U Now," and "Sorry." My personal favorite was the latter, because it concluded with an epic raninstorm that left Bieber doused with water on stage — thank goodness he planned ahead and wore a baseball cap!

There were no tears from Bieber at the American Music Awards like there were at the VMAs, and it's great to see him back in his element, looking comfortable on stage and delivering a top-notch performance. It certainly proved that his recent accolades at the MTV European Music Awards in October were well-deserved — Bieber is back and ready to excel in the music industry. Now that his rough stretch is behind him, he's focused on honing his craft and it shows.

Bravo, Justin! Now it's time to towel off and enjoy the after-party.