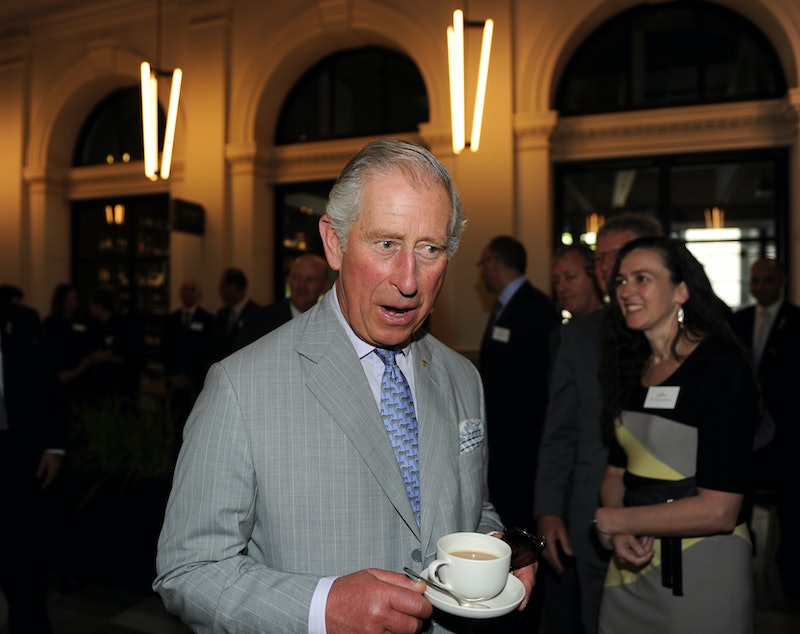 Should Republican presidential candidates turn to Mother England for some fact-checking? So it would seem. Speaking with Sky News in an interview to be broadcast Monday night, Prince Charles linked climate change with the Syrian conflict, the refugee crisis, and terrorism. "One of the major reasons for this horror in Syria, funnily enough, was a drought that lasted for about five or six years, which meant that huge numbers of people in the end had to leave the land," he said. The war has killed hundreds of thousands, led millions to flee to Europe, and left vast swaths of the country vulnerable to takeover by ISIS. If more Republican primary voters get the message that climate change leads to more terrorism, it could put candidates like Donald Trump and Ben Carson in hot electoral water.

That's because the biggest terrorism fearmongers in U.S. politics, like Trump, are also climate deniers. Their election could mean not just warmer temperatures, but also more terrorists and global instability. Of the Republican candidates, the top four in the national polls — Trump, Carson, Marco Rubio, and Ted Cruz — score the lowest on climate change knowledge. The Associated Press had scientists score the candidates' statements in debates, interviews, and tweets for scientific accuracy. They didn't fare so well, with Cruz scoring the lowest, at six out of 100.

In tough news for the candidates, what the Prince of Wales said checks out. A study published in March in the Proceedings of the National Academy of Sciences compiled statistics to examine water levels in the Fertile Crescent of Syria, Iraq, and Turkey. The findings showed that water shortages killed livestock, increased food prices, sickened the public, and led about 1.5 million people to move to the outskirts of Syria's largest cities. Meanwhile, the country was being flooded by refugees from the Iraq war.

The researchers said that only climate change could explain the rise temperatures that led to the water shortages — not seasonal variations. The war, which began in March 2011, was preceded by a drought from 2006 to 2010, during food production dropped and the country became a net importer of food. The drought, the worst on record, abated for a few years, but dry weather returned in 2013, and ISIS has used it to their advantage. At one point, they controlled the three major dams in Iraq, meaning they held the levers on severe flooding or drought downstream, a scary prospect for residents as far as Baghdad.

Whether Republican candidates like it or not, countries from around the world will meet to tackle this issue, starting Nov. 30. More than 190 countries will attend in an attempt to forge a new climate change agreement that would replace the Kyoto Protocol, an agreement to reduce emissions that was never ratified by the United States. President Obama has been a big supporter of the talks, and has called on world leaders to attend, despite the recent terrorist attacks.

Prince Charles, an environmental advocate since the 1980s, spoke to Sky News in advance of the climate summit in Paris, where he will be the keynote speaker. Asked if the world is taking on the issue with enough urgency, the Prince of Wales said, "Obviously I try to be as optimistic as possible, but sometimes you think that — do we really have to face catastrophes and chaos before we understand that real action needs to be taken?"

If a climate change denier takes the White House, then Prince Charles — and all of us — might be in for more chaos.

More like this
Why Experts Say Sleeping With A Fan On Isn’t Totally Risk-Free
By Sophie McEvoy
The 6 Best UV Umbrellas, According To A Dermatologist
By Rachael Green
The 8 Best Indoor Door Mats For Your Home
By Jenny White
13 Photos Of Princess Charlotte Loving The Commonwealth Games
By Sam Rogers
Get Even More From Bustle — Sign Up For The Newsletter