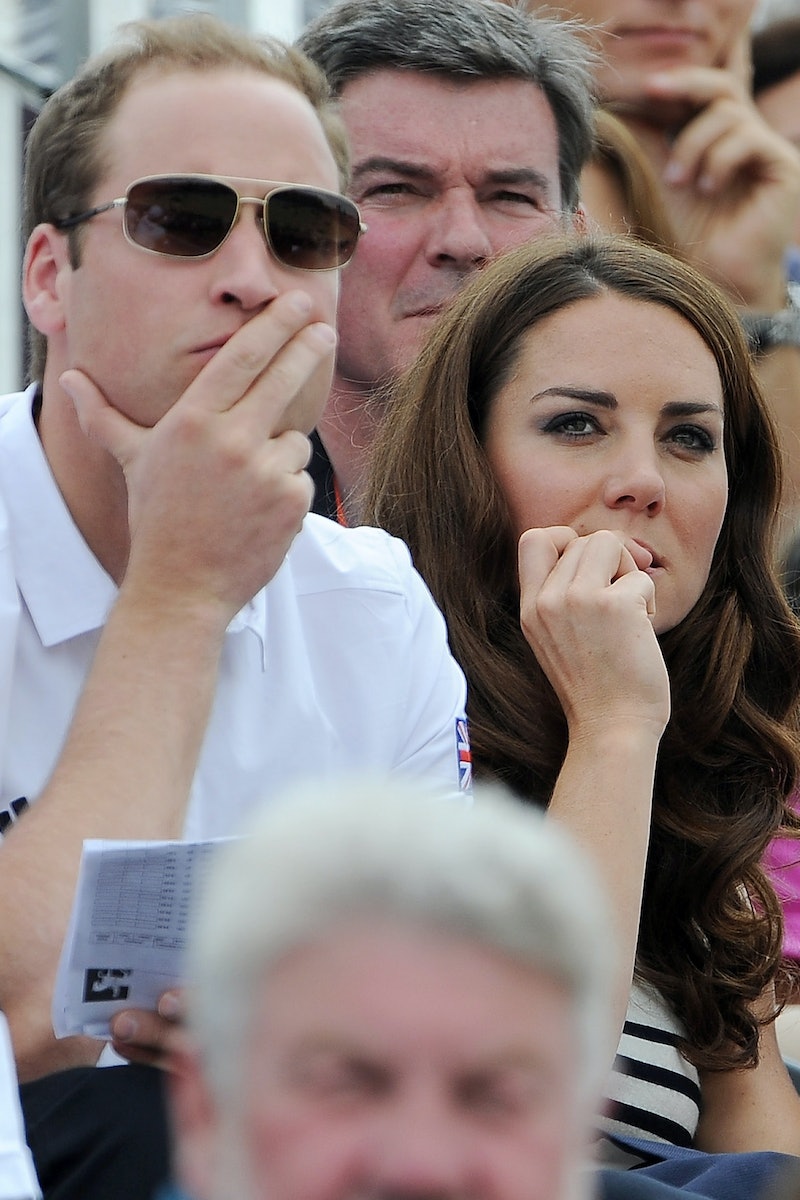 Enjoy a good chomp on your nails? You're not alone. But why do people bite their nails in the first place? The answer, as we'll see, isn't simple — but the habit is certainly a common one. I know that I understand the struggle. I'm a chronic nail biter, and my parents tried a lot of things to break me from the habit: nail polish so foul that it made me want to be sick, gloves at night, manicures, the lot. All to no avail. My nails are weak and soft from the years of abuse, and I live in fear of contracting something disgusting from an unclean bit of cuticle that I've unconsciously peeled off. But I still can't stop. Even reading that diseases like salmonella and e. coli are more likely to accumulate under your fingernails than on hands still won't break the habit.

So where does this mania come from? Is it more likely to appear in certain people than in others? And is there any science to stopping it? If you're one of the approximate third of all adults who still bites their nails, then sit on them for a few minutes while you read this. It might just help you get free of the habit of a lifetime ― or at least help you look at your poor nails with some sympathy for their plight.

1. Nail Biting's Cause Is Hard To Pinpoint

When it comes to picking out the causes for a nail biting habit, psychologists have pinpointed virtually everything under the sun. Some stick to a fairly conventional explanation: that it's due to preoccupation, boredom, tiredness, or a wish for simple comfort. Others, however, have more out-there explanations. Sigmund Freud thought that it indicated some kind of fault in your psychosexual development since childhood (because of course he did). Suggestions have also included that it's about self-mutilation and a sign of inward aggression toward yourself. Which, if you ever just pick idly at a nail on a slow day, may make you slightly freak out.

Another theory, however, is that there isn't really a universal cause ― that the habit develops for many different reasons, and that the behavior happens to be the same because nails are easily accessible, and we grow up putting things in our mouths. You may bite your nails because you need an outlet for your stress while doing taxes, while your friend may bite them to take the edge off on a long car ride. It's all part of the same spectrum. The problem with this? It becomes much harder to "cure" something when there isn't a distinct cause.

2. Some Scientists Think It's Related To OCD

There was a small shift in the world of nail biting in 2012. That was the year that the American Psychiatric Association decided that it actually counted as a form of "pathological grooming," alongside such behaviors as plucking out your eyelashes or obsessively picking at spots, and therefore deserved to be part of the pantheon of behaviors associated with OCD, or obsessive compulsive disorder.

It's not an uncontroversial opinion, though. Some psychologists accused the APA of scaremongering, and amping up the importance of what is, for many people, a simple habit of preoccupation and stress relief, rather than a serious failure in impulse control. Serious nail biting as a psychological problem and physical disorder does exist, but the argument over whether even minor cases are still pathological is still ongoing.

A study published this year in Scientific American puts nail biting in another realm of behavior: body-focused repetitive disorders, like scratching or patting your own hair. And it seems to tie into one particular personality type that has a higher potential for boredom, stress, and anxiety than many others: perfectionists. People focused on high performance and excellence (often at quite severe cost), are apparently more vulnerable to body-focused repetitive disorders, because they're really easy to bore or frustrate, and tend to take it out on small things around them.

So relax, your nail-biting may just be your perfectionist tendencies coming back to bite you (literally).

4. It's Most Common In Teens

Studies show that up to 45 percent of all teenagers (of either gender) give themselves a nibble on a nail regularly enough to call it a habit. In very small kids, it's often believed to be a development of thumb-sucking ― something comforting to do with the hands and mouth if a frightening or unsettling thing happens. But unlike thumb-sucking, it sticks around, and a huge swath of adults now bite off their nails. Among other things, it's a costly habit. The Academy of General Dentistry estimates that nail-biters may need $4,000 in additional dental care over their lifetimes. Ouch.

5. We Know That The Habit Goes Back To (At Least) Ancient Greece

Biting one's nails seems to stretch back a long way in human history. Thousands of years, in fact. And it's always been associated with confusion and worry. Writing in ancient Greece, the Stoic philosopher Sidonius mentioned a particular man, Cleanthes, who was said to accumulate his wisdom through much biting of his nails. It's not clear whether it's meant to be a comment on his personal hygiene, intellect, effort, or anything else, but it means that Cleanthes is the earliest recorded nail-biter in history. (The technical name for nail biting, onychophagia, is also Greek, meaning "nail-eater.")

6. Cures Include Reprogramming Your Brain And Befriending Your Fingernails

Studies about how to quit biting your nails tend to focus on habit-forming, and how to disengage with a bad one. The usual method? Override your old habit with a new one by "tricking" your brain using rewards, awareness exercises, and other methods. (A typical strategy is to get subjects to note whenever they feel the urge to bite their nails, a feeling called a "cue," and reward themselves with something else whenever they feel it, like stroking one's hands.)

Other fixes are a bit more bizarre. An expert at Psychology Today recommends "befriending" your fingers and imagining a relationship with each ― one that could be derailed by the pain you cause by "biting" them. No word on whether you're supposed to name all of your digits, but it certainly doesn't seem like the best plan to be muttering apologies to Myrtle in the checkout line.

The science on which one is "best" is a bit thin, likely because there isn't a one-size-fits-all cure. If, however, you would like nails that aren't weaker than your ex-boyfriend's excuses, start with the basics and get more complicated from there.