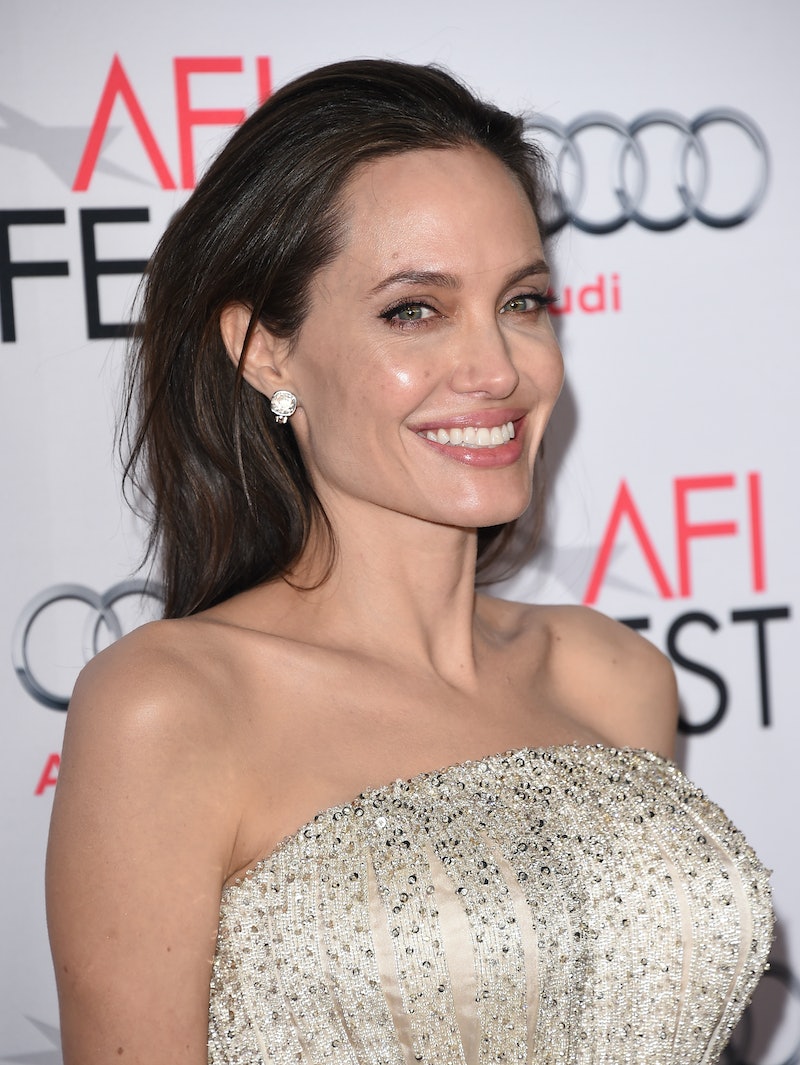 Angelina Jolie has been nothing but stunningly candid and straight-forward when discussing her decisions to undergo a double mastectomy and preventative surgery to remove her fallopian tubes and ovaries, giving a voice to many women struggling with similar health problems and providing an incredibly important perspective on issues in women's health. In keeping with her genuine honesty and willingness to be so open about her personal life, the Academy Award-winning actress is now speaking out about embracing the next chapter in her life: menopause. In a recent interview with Australia's The Daily Telegraph, Angelina Jolie revealed that she "loves" being in menopause — a perspective that needs to be discussed more.

"I actually love being in menopause," Jolie explained. (The actress' menopause was brought on from the operation to remove her fallopian tubes and ovaries.) "I haven't had a terrible reaction to it, so I’m very fortunate. I feel older, and I feel settled being older." She added, "I'm happy that I've grown up. I don't want to be young again."

Of course, every woman has a different reaction to undergoing such an enormous life event — and far be it from me to tell anyone else how they should react to such a personal situation — but Jolie's words are undoubtedly refreshing.

Not only is her perspective on aging basically the equivalent of giving the most classy middle finger to society (and particularly Hollywood), her obvious comfort in a typically uncomfortable stage of life is so quietly brave that it's almost heroic. And it's far more than just quiet acceptance — it's Jolie's wide-open embrace of such a notoriously difficult life event that is so refreshing and so important to hear. Jolie is not just tolerating menopause, she, in her own words, "loves" it. And it should be shouted from the rooftops, in my opinion.

The web of emotions surrounding menopause is a tangled one as menopause brings with it everything from the significant loss of a woman's "child-bearing years" to waking up with the sheets bathed in sweat, and no perspective on the subject is the "right" one. But, like the dread and obvious sadness and sense of loss associated with this life stage, it's OK to see a positive viewpoint as well. In fact, it may even be empowering to many women out there going through menopause themselves.

Jolie is going through menopause because of the choices she made to prevent herself from getting the type of cancer that ultimately killed her mother and aunt. And with menopause, for her, being the result of such enormous, life-changing decisions, it is understandable that she is looking at it in a positive light. Jolie is content with her age, content with her choices, and content with where she is in life — and that is a life lesson that is certainly applicable to us all.