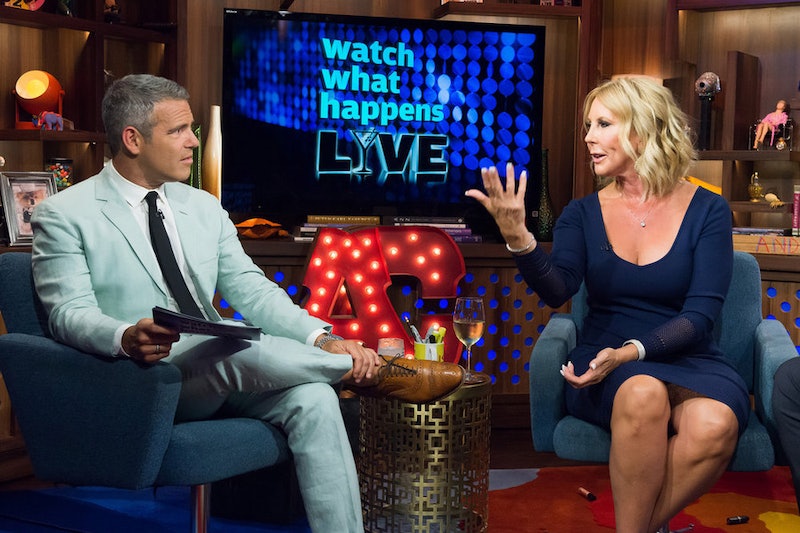 First Brooks Ayers sat down with Andy Cohen for a tell-all on Bravo and now Real Housewives of Orange County star Vicki Gunvalson is opening up about Ayers on an episode of Watch What Happens Live One-on-One airing Monday, Nov. 23 at 8:30 p.m. In a clip obtained by E! Online, the OG of the OC opens up about Ayers, his reported cancer diagnosis, and how he allegedly faked symptoms. Cohen asks Gunvalson what she thinks caused Ayers to become so sick as if he were having chemotherapy treatments if he wasn't actually. Gunvalson responds,

I actually contacted a couple of people and they said you can actually take eye drops and they can make you violently ill. I don't know if he did that. That's pretty sick, but I witnessed him with fevers and night sweats and chills.

She even adds that Ayers' weight loss was dramatic: "He lost 42 pounds in three months." Gunvalson claims she went above and beyond to help Ayers with his alleged illness and that she can't even put into words how much time and money she spent on him. "I mean, the extent of what I did for this man to cure him, I can't even tell you," she tells Cohen. "Time and money and time and money I spent on him." 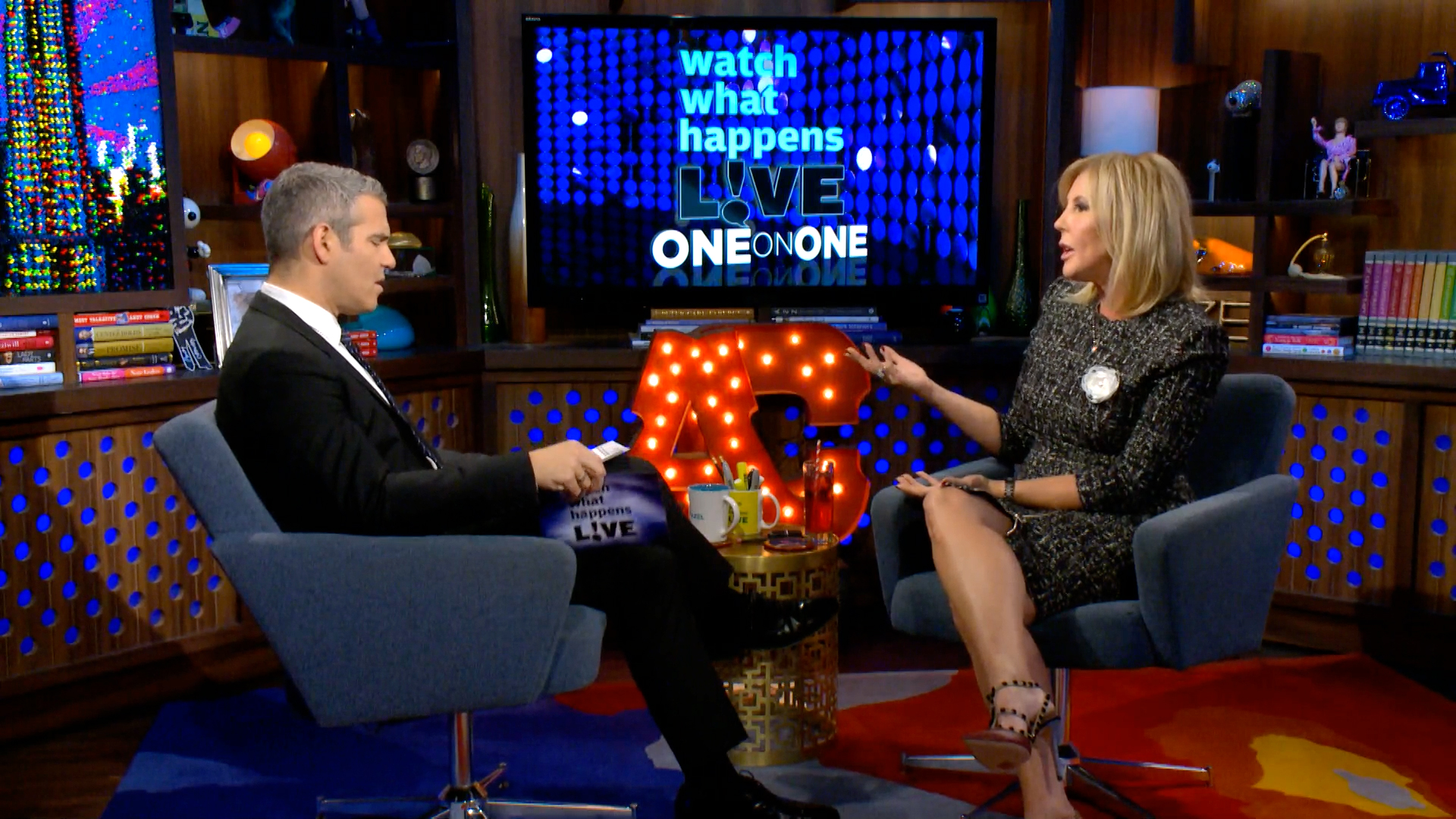 As for Ayers, in November he admitted to E! News that he faked medical documents pertaining to his alleged cancer diagnosis; although he is standing by the claim that he has cancer. He said in a statement,