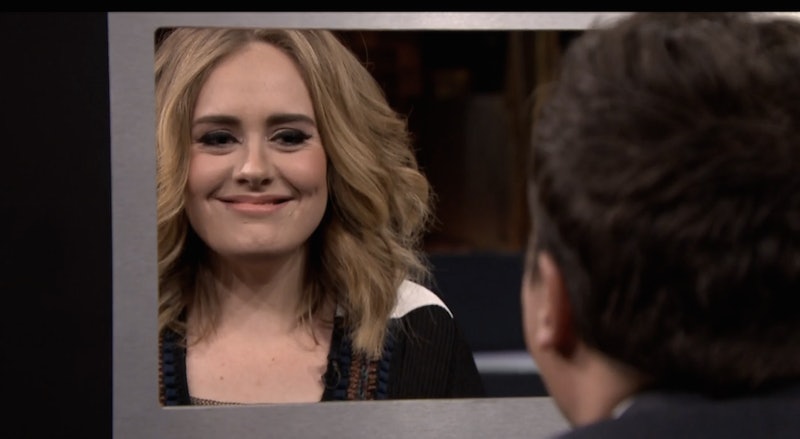 It looks like it's not just George Washington who cannot tell a lie, because Adele — while she can tell a lie — is really bad at it. This is what we discovered when Adele played "Box Of Lies" with Jimmy Fallon when she stopped by The Tonight Show to perform "Water Under The Bridge," promote 25, and make anyone who is still protesting buying the album until it's available for streaming really, really jealous that they haven't heard it yet. The point of the game is to open numbered boxes on either side of a partition, and then try to lie (or tell the truth) to the person across from you about what was in the box. If they correctly deduce that you are lying, or telling the truth, they get a point. First person to two points wins. I'm going to tell you from now that it's Fallon who wins this competition, because that's not the point of the video. It's not that he wins. It's how he wins.

He wins because Adele is just. Too. Cute. To handle. She tries so very hard to trick him, but she just has such an expressive face. Her every facial expression was just so overly dramatic that all the tension was in whether or not Fallon would buy her exaggerated poker face or her adorable little giggles. The best part of the video comes when Fallon has to lie about what's in his box, and his item happens to be so phallic that he nearly gives Adele a heart attack holding it up even as he's clarifying what it is. "Box Of Lies" is always a good time, but I found myself going "aww" about as often as I was laughing. I mean, seriously, look at her. 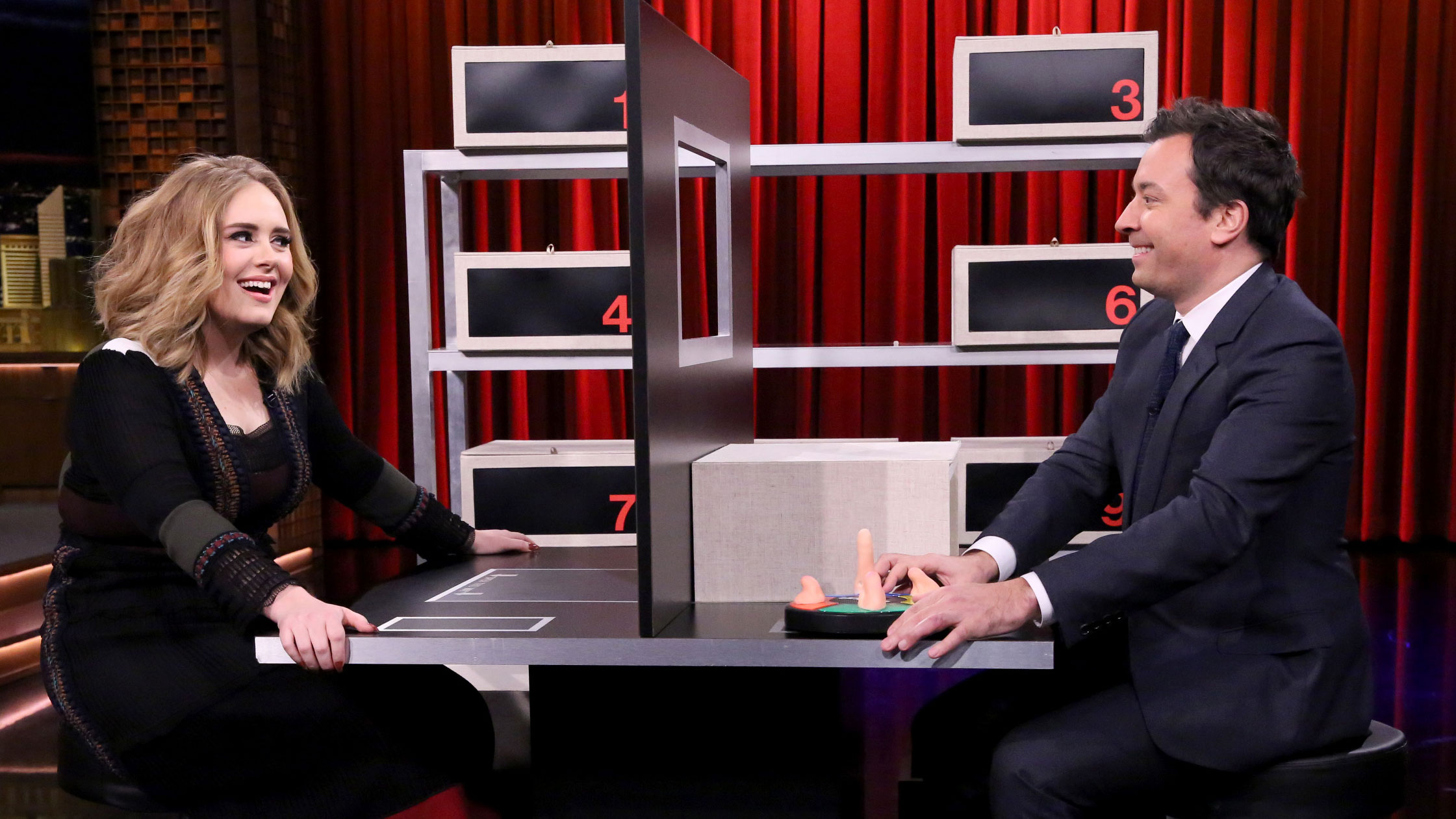