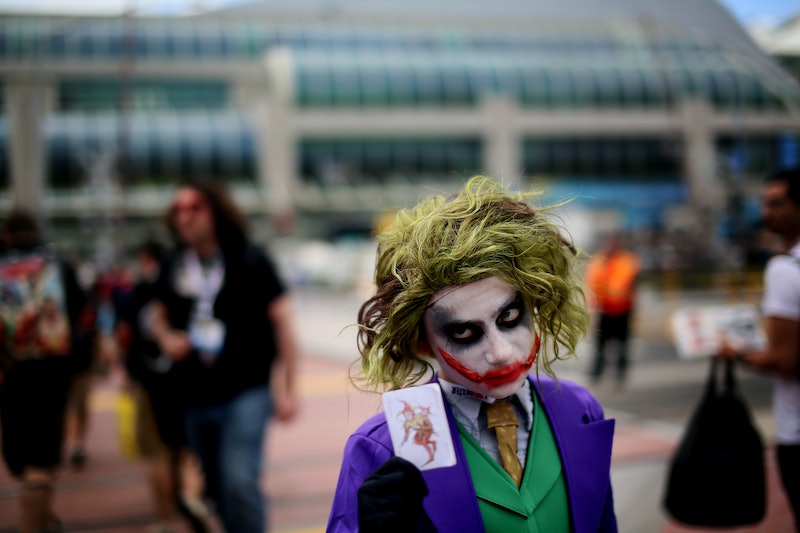 Apparently, when Fox said they planned to make a Batman show without Batman, they weren't kidding around. While Gotham was first described as a show about young Commissioner Gordon fighting crime in a pre-Batman Gotham City, Fox Chairman Kevin Reilly announced at the Television Critics Association that the show would feature literally every character except Batman : a preteen Bruce Wayne, the Riddler, Catwoman, the Penguin and of course, the Joker are all scheduled to make appearances. Reilly said that the show will follow Bruce Wayne from a 12-year-old boy into adulthood, right up to when he becomes a superhero. As for the villains, Reilly said "We will see how they get to become who they are as Gotham is teetering on the edge.”

But not many of them seem to be much older than Batman when they're in their prime, so presumably the famous Batman villains will also been in their teen and preteen years in the show. While the Batman villains are the highlight of the series, nobody likes a drawn-out origin story, not to mention that some of these villains didn't come into their own until they encountered Batman.

So what is there for the show to explore? We may not be able to see any of these Batman villains as they're known in popular culture, but unsurprisingly, most of them have troubled and tortured childhoods that paved the way to their villainy, so here's a peek into what they might look like on Gotham.

Most comic, movie, and television depictions of Catwoman agree upon her backstory as an orphan who turned to a life of crime to survive, but after that, the details get fuzzy. Sometimes, she's depicted as a former dominatrix prostitute, sometimes a cat burglar, sometimes both. There's often a point in Catwoman's storyline where she attempts to reveal corruption in government or business and subsequently survives a murder attempt — this usually occurs when she's an adult, but has happened as young as thirteen in the comics. So Gotham has a lot of choices to make as to what road Selina Kyle will go down: Will she become a teenage prostitute, or just a jewel thief? Will she lose one of her nine lives, and if so, when?

The Penguin should have an interesting story to follow, primarily because he motivation for becoming a villain was with him from birth: born to a wealthy family short and stout with a beaklike nose and in many stories, webbed, flipper-like fingers, he was teased mercilessly as a child. However, his turning point from boy to villain often varies. In some stories, the Penguin turns to crime after his mother dies and her beloved collection of birds are seized to repay her debts; in others, he is driven to a criminal path from his family's shame and rejection of him. Bruce Wayne and Oswald Chesterfield Cobblepot (aka the Penguin) both come from high society families in Gotham, so it wouldn't be surprising if they interacted. The premise for Gotham may still be a little weak, but opportunities like this are where the show can explore the relationships between well-known characters, namely Wayne and Cobblepot's relationship before they became famous for their alter egos.

The Riddler has somewhat of a backstory, but it's pretty thin. His compulsion for riddles emerges when, as a child, he cheats doing a puzzle challenge his teacher has given him to win a prize. He then becomes a carnival worker who takes joy in cheating his customers out of prizes with his riddles and puzzles. Not terribly thrilling or compelling stuff. But as a villain, the Riddler constantly struggles with his mental illness, the obsessive compulsion that leads him to sign each of his crimes with a riddle. There's a lot for Gotham to build out here with the Riddler's struggle with his mental illness early on in life.

Although he's by far the most famous Batman villain, the Joker has the least when it comes to a backstory. Most versions agree that the Joker truly becomes the Joker when he impersonates the criminal Red Hood and falls into a vat of chemicals after being pursued by Batman, but that's where many of the backstories begin and end, and that would be well beyond the reach of Gotham's timeline. The most widely-known backstory is that the Joker was a failed stand up comedian with a pregnant wife who helps some mobsters commit a robbery to make some money, only to have his wife and child die accidentally. This story seems to still be out of reach of the timeline, as it occurs after Batman has been established as a superhero. But as more modern depictions of the Joker depict him as increasingly sadistic and without empathy, Gotham has the potential to make his backstory more akin to that of a modern-day serial killer: a child who showed disturbing tendencies early on, which were only magnified by circumstance.