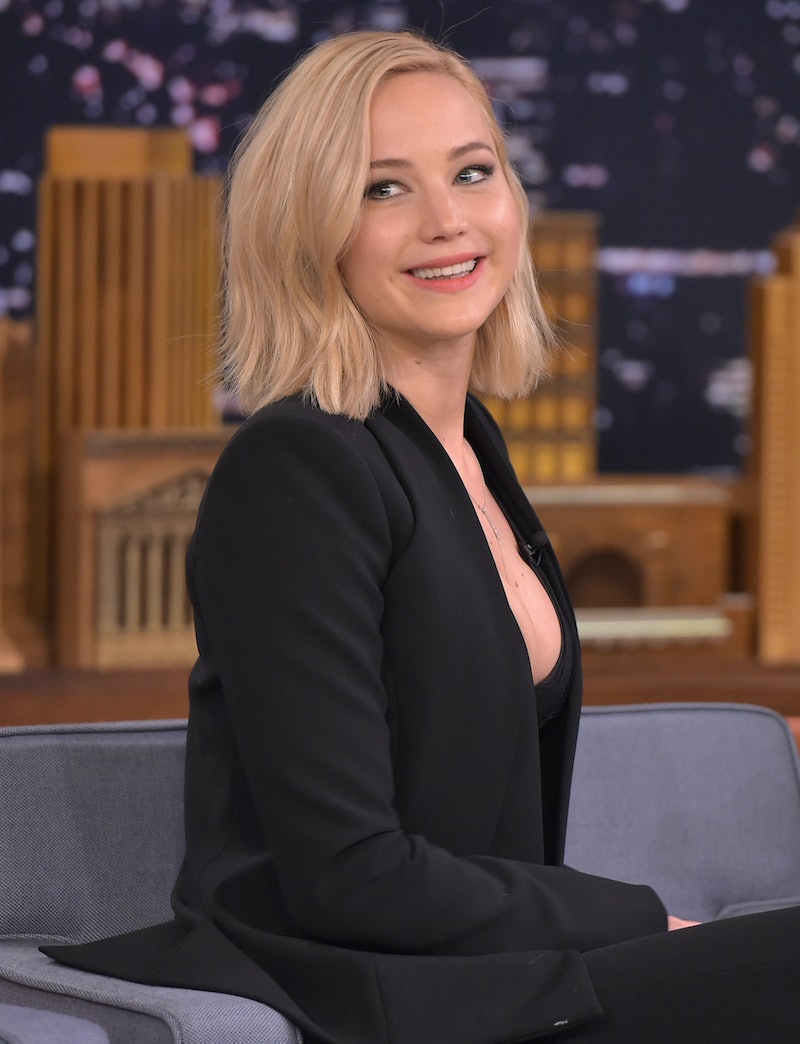 One celebrity who has proven time and again that fame has most definitely not gone to her head? Well, that'd be Entertainment Weekly 's Entertainer of the year, Jennifer Lawrence. When you think about all those diva-like celebrities who haven't even had half of the success Lawrence has had, her humbleness is all the more impressive. Especially considering that the actress told EW that she's deliberate about being and remaining keenly self-aware. She said,

I have a very small circle. The moment I feel like someone is using me or is in it for the wrong reasons, I have zero guilt about just cutting them the f*ck out of my life. My bullsh*t detector is phenomenal. None of my friends bullsh*t me. Everything in my life has to be real.

Simply put, she isn't a diva because her friends won't let her be. Honestly, it's no wonder that someone as cheekily self-deprecating demands that her crew isn't comprised of a bunch of back scratchers. Lawrence has always maintained that her fame and fortune aren't cause for her to have a god-like status. She told Vanity Fair back in 2013, "Everybody's like, 'How can you remain with a level head?' And I’m like, 'Why would I ever get cocky? I'm not saving anybody’s life."

And though us fans only know Lawrence from a distance, her life does seem as "real" as a celebrity life could get. It's arguably why the general public has taken such a universal liking to her. I find her impossibly relatable, despite having more money than most people ever will. But money is just a minor difference when I witness her regularly tripping over herself and cracking jokes at her own expense. She's not some kind of a PR robot. She's fallible and therefore accessible.

In fact, director David O. Russell spoke of this and told EW that she's a lot like her self-made Joy character,

Jen’s the same person, this girl from Kentucky who is becoming a woman. I’ve gotten the privilege of watching that. That’s also the story of this movie. It’s a lot for a 25-year-old. But it’s happening. Jennifer is really finding her own voice.

It's clear that the "voice" Russell speaks to is the one that has made J. Law the household name that she is. It's unfiltered and sometimes brash, but it is always unfailingly genuine. And now that she's older, that voice is more direct and purposeful, but never over-polished. I wouldn't want it to be anyway. Because then it wouldn't be "real."