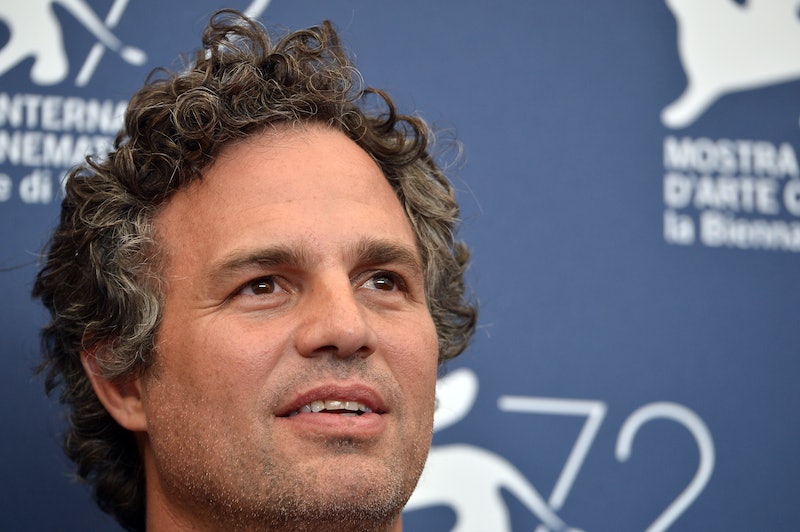 On Monday night, right before stepping onto the stage for a rally in Atlanta, Georgia, Bernie Sanders received one of his most powerful introductions yet. It was not delivered by a fellow politician or industry leader, but by Atlanta rapper and activist Killer Mike. The musician praised the candidate's dedication to "radically fighting" for the people and reaffirmed his ringing endorsement, which he first gave back in June. But Killer Mike isn't the only celebrity who has publicly supported Sanders. In fact, many celebrities have endorsed Bernie Sanders. Just like the countless young voters who have been stirred by Sanders' passionate fight for income, gender, and racial equality, these famous voters are also feeling the Bern.

Killer Mike's introduction of Sanders was one of the most genuine the politician has received over the course of career, with the rapper saying, "In my heart of hearts, I truly believe that Senator Bernie Sanders is the right man to lead this country." He told the audience:

I have said in many a rap, I don't trust the church or the government, a Democrat, Republican, a pope, a bishop or those other men. But after spending five hours tonight, after spending five hours with someone who has spent the last 50 years radically fighting for your rights and mine, I can tell you that am very proud tonight to announce the next president of the United States, Sen. Bernie Sanders.

Killer Mike first made his endorsement public in June when he tweeted that it was Sanders' call to restore the Voting Rights Act that "sealed the deal" for him.

But he is far from the only celebrity who has made a similar public endorsement of Sanders. In fact, Sanders' campaign released a list of 128 actors, musicians, and other cultural figures who have endorsed him. Here are just a few of the celebs who feel the Bern for their own reasons, along with the full list.

In June, the iconic Thelma & Louise actress posted her endorsement of Sanders on her Facebook page by sharing a video of the then-representative opposing the Iraq War in 2002, along with the caption:

We need a leader who is courageous and levelheaded in times of crisis: Bernie Sanders #‎Bernie2016

In July, actor Danny DeVito tweeted his support for the Vermont senator, saying he was our "only hope." Then, in September, DeVito tweeted this weird music video featuring what sounds like Sanders reciting "This Land Is Your Land."

Among the many bands and musicians who have endorsed Sanders are the Red Hot Chili Peppers. In August, bassist Flea tweeted:

The Anchorman writer and director endorsed Sanders along with actor and longtime collaborator Will Ferrell in September. McKay said in a statement:

As artists and citizens we believe it is time for government to once again represent the people and not just big money. Bernie Sanders is the only candidate speaking against the wide spread legalized corruption that has handed our government to billionaires, large corporations and banks.

Earlier this month, the UFC star burst Donald Trump's bubble by voicing her support for Sanders to Maxim:

I'm voting for Bernie Sanders, because he doesn't take any corporate money. I don't think politicians should be allowed to take money for their campaigns from outside interests.

In June, when the 2016 election cycle was still beginning to take shape and Sanders was still relatively new to the scene, actor Mark Ruffalo had already taken notice. He told The Daily Beast:

I think Sanders has a message. Hillary's going to have to adopt Bernie's message, and I think we're going to be hearing a lot more from Bernie.

In his endorsement, rapper and producer Lil B said:

Right now there is a shift of the generations. Honesty and being in touch with the common man and woman is key. This is where Bernie Sanders comes to mind with his essence and truth.

Wayne Kramer, one of the founders of the legendary rock band MC5, said this of Sanders:

Bernie Sanders is a public servant who places people ahead of profit. He understands that, above all, leadership is necessary to move this country beyond its current retrogressive political condition.

On Sept. 18, the Sanders campaign published a letter signed by 128 celebrities:

We — the undersigned artists, musicians, and cultural leaders of America — are excited to endorse a new vision for our country.It's a vision that pushes for a progressive economic agenda.

It's a vision that creates jobs, raises wages, protects the environment, and gets big money out of politics.

We endorse Bernie Sanders to become the 2016 Democratic Nominee for President of the United States of America.

The Artists and Cultural Leaders for Bernie Sanders

Here is the full list of celebrities who feel the Bern.