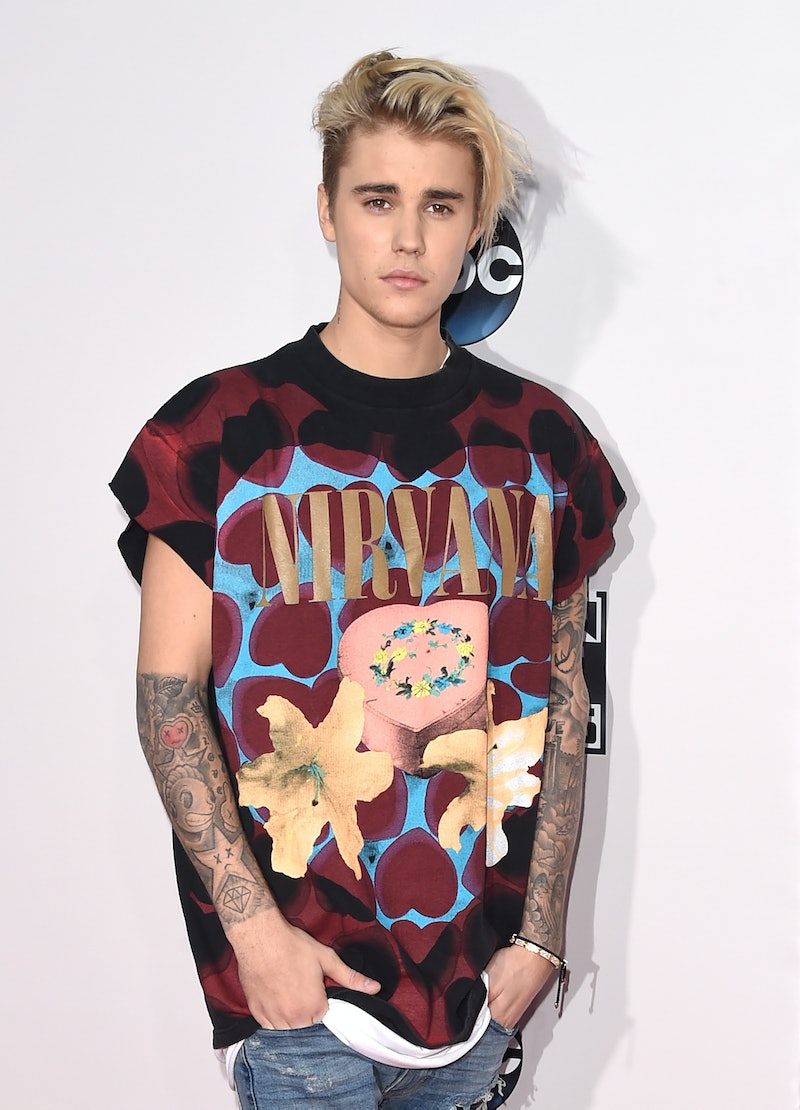 The Biebs never fails to make headlines. On Tuesday, Justin Bieber canceled appearances for The Late Show With Stephen Colbert and The Thanksgiving Day Parade on CBS. The news came straight from the "Sorry" singer who tweeted his apologies to late night host Stephen Colbert. According to Entertainment Tonight, Bieber was set to film The Late Show and his parade performance on Tuesday, but canceled both for personal reasons. Bieber issued two tweets regarding his Late Show appearance, but did not comment on the parade cancellation.

He tweeted, "My apologies to @colbertlateshow as I won't be able to make it to NYC tomorrow for the show. I look forward to making it up to you soon." He continued, "@StephenAtHome thank you for the understanding as sometimes life kicks our ass and we need to deal with it. I will see u soon. Thank you."

So, why did exactly did 21-year-old singer back out of both? There are many rumors circulating, including that he's dealing with a lot at the moment personally and professionally and that he might be having issues with his health. Based on his tweets and his confession that "sometimes life kicks our ass and we need to deal with it," well, it just seems like the Biebs needs to take a breather.

TMZ claims sources have revealed "he's been on a virtual roller coaster — with his moods swinging like a pendulum, and it's just become too much." TMZ also claims, "We're told he's dealing with 'personal issues,' but it is NOT related to drugs or alcohol."

However, if you ask Hollywood Life, its sources are citing something completely different for the Purpose singer's cancellations. Hollywood Life claims that according to multiple sources, Bieber is not in the midst of an "emotional roller coaster," but it does have to with scheduling issues. "It was a scheduling conflict, something came up and he had to stay in LA," one source alleged.

An Hollywood Life insider "close to the CBS Thanksgiving Day Parade" also claimed that the Biebs offered to perform from Los Angeles for the parade. "Justin made arrangements and then CBS decided if he’s not doing Colbert, he’s not doing it all ... he didn’t back out, he was willing to do it from LA." As for Bieber's health, the source wouldn't comment on that, but did say that he will "be OK."

Bustle has reached out to CBS for comment, but has not yet heard back.

Whatever the real reasoning is behind the cancellations, it seems Bieber truly is sorry. Here's hoping he gets the rest and relaxation he probably needs, because I need to see more dance moves from him, stat.