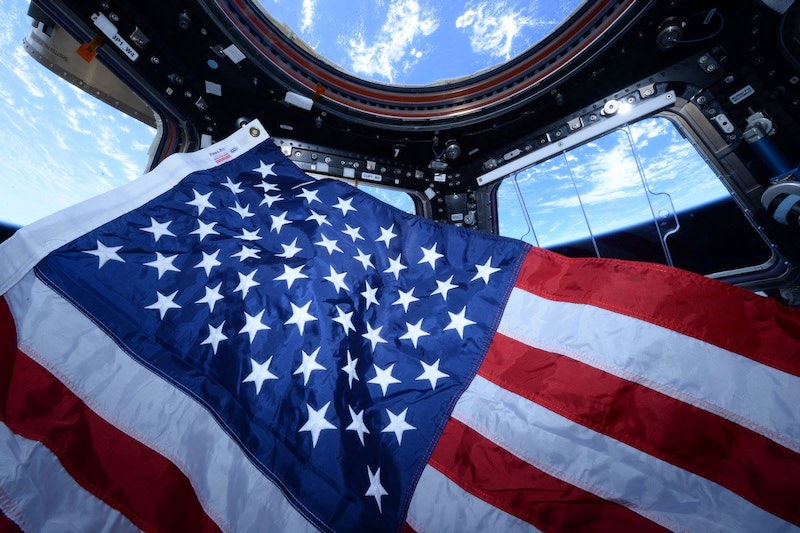 The Hubble Space Telescope celebrated its 25th anniversary in space this year, a landmark achievement for the scientific community and humankind. No matter what's happening on Earth, new galaxies and corners of the universe are being explored every day, expanding the scope of human beings and giving each new generation hope and inspiration for the future. The Hubble Telescope is a perfect example of the importance of science because its purpose is specifically to bring people together from all over the world. The Hubble produced absolutely stunning pictures from space in 2015 and provided knowledge and kinship to the global scientific community.

But now, the Hubble Telescope isn’t the only technology that can provide pictures from space. Astronaut Scott Kelly, who is currently on a one-year mission aboard the International Space Station, tweets daily pictures from 249 miles above Earth. The advancement of technology has allowed the entire world virtual access to outer space, which is just really, really cool.

Ancient philosopher Marcus Tullius Cicero said, "The contemplation of celestial things will make a man both speak and think more sublimely and magnificently when he descends to human affairs." Space is the great equalizer — it makes everyone and everything seems insignificant by comparison to its infinity. When the world seems so divided by violence and tragedy, pictures from space serve to remind people their perspective is just one piece of a bigger puzzle. Take a look at the most beautiful pictures of space captured this year.

Scott Kelly took the ultimate selfie during a spacewalk on October 28, 2015, and posted it on his Twitter with the hashtag #SpaceWalkSelfie.

The Veil Nebula is actually a star that exploded approximately 8,000 years ago, and was recently captured by the Hubble Telescope.

Taken by a Multispectral Visible Imaging Camera, or MVIC for short, this picture shows a high-altitude blue-colored haze around Pluto. Researchers are still a little stumped about its nature, but the haze is thought to have similarities to one of Saturn's moons.

This picture is of our sun! The Extreme Ultraviolet Imager onboard NASA's STEREO-A spacecraft can capture wavelengths that aren't visible to the human eye, but 117 angstroms comes out looking blue to humans.

This galaxy, which researchers have named NGC 6503, is somewhat anomalous — it's floating all by itself in a peculiarly empty part of space called the Local Void.

This picture isn't just cool to look at — images taken after the October floods in South Carolina show how the run-off of sediment and organic material changed the coastal waters.

Saturn's rings are pictured here in a beautiful grayscale, and those two tiny dots are actually two of its moons, Pandora and Prometheus.

Astronomers believe that a planet got too close to this white dwarf star and destroyed it. The golden dots are shredded bits of that former planet!

Astronaut Samantha Cristoforetti of the European Space Agency (ESA) captured this picture from the International Space Station in February. It's the perfect blend of technology and nature.

This tweet from Scott Kelly garnered a huge response because of the mysterious object in the top right corner of the frame. It would have been awesome if it was a UFO, but it turned out to just be a piece of equipment hanging from the ISS.