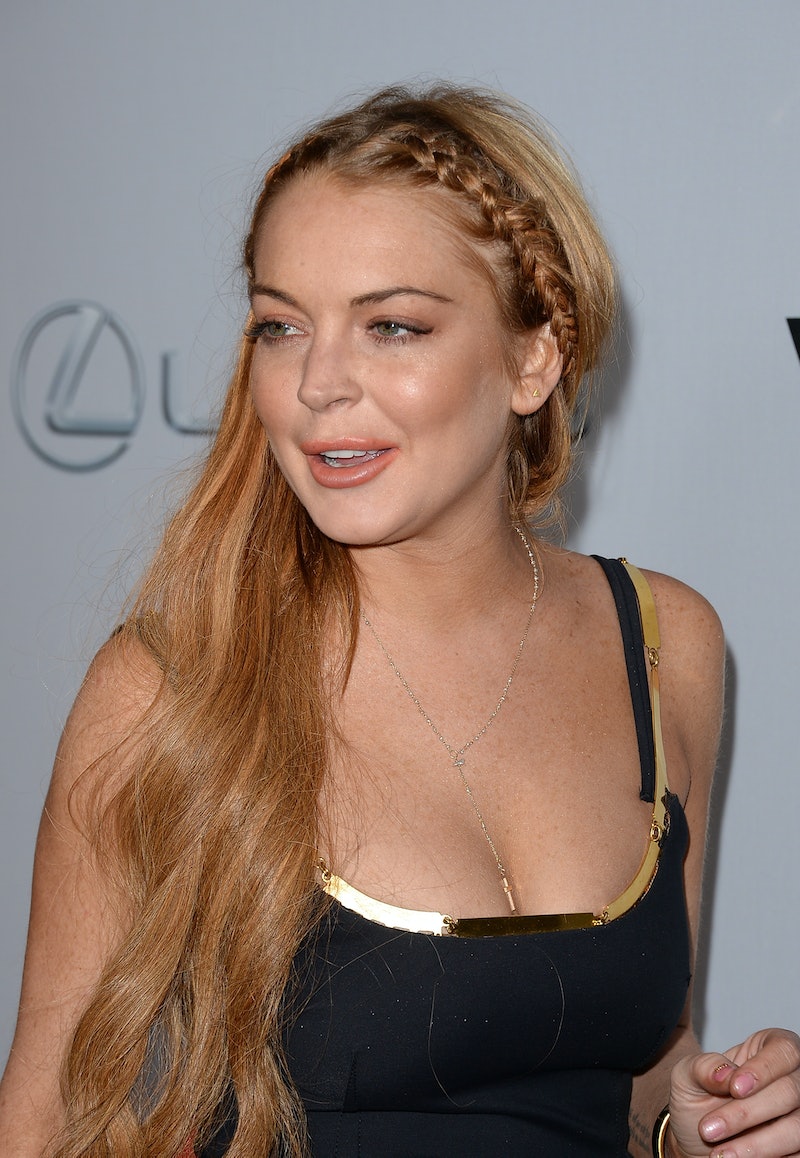 It's Lindsay Lohan's 27th birthday today, meaning she's successfully checked off another year during the roller coaster ride that has been her 20s. Between the DUIs, on-set scandals, public meltdowns, and trips to court, it's hard to believe the actress has fit her entire life into just 27 years.

This past year alone has been a struggle for Lohan's career and personal life: Lohan's erratic behavior was well-documented on the set of Paul Schrader and Bret Easton Ellis' indie film The Canyons. She took on one of her dream roles — Elizabeth Taylor — in Lifetime's Liz & Dick, only to have the film slammed by critics and mocked by audiences. She had a supporting role in Scary Movie 5. She'll guest star on fellow-crazy Charlie Sheen's FX sitcom Anger Management. She's certainly working, but is hard to imagine Lohan's career ever reaching the fever pitch it experienced post-Mean Girls in 2004.

At least, this year, Lohan won't be celebrating her birthday at an L.A. nightclub, drink in hand (which is great news for anyone who would have been within throwing distance). The actress was sentenced to 90 days in rehab following a car accident caused by her reckless driving, and will be serving probation for two years.

Which means she'll be 29 (nope, not yet 30) by the time she fully serves her probation. And that's the astounding thing about Lohan — how is the actress still only 27 after all her scandal-plagued years? Could people believe she's still three years shy of 30?

Well, we took to the streets to find out, asking the good citizens of Williamsburg, Brooklyn how old they thought Lohan was. One generous survey-taker did shave a good five years off of Lindsay's life — he believed the starlet was turning 22. (What was LiLo doing at the precocious age of 22? That would be launching her now-failed line of leggings and dating DJ Samantha Ronson.) However, most people guessed that Lindsay was within the 24 to 29 age range... followed by "Well, she looks 45." (Ouch, but not exactly unexpected. Sorry, Lindsay.)

But many survey-takers also hit on the significance of Lohan turning 27 years old. After all, 27 is supposedly a "cursed age" for troubled young stars. "The 27 Club" (an exclusive club one hopes never to enter) includes late celebrities like Jim Morrison, Janis Joplin, Kurt Cobain, and, most recently, Amy Winehouse — all stars who died during their 27th year.

So this is it, Linds. The big 2-7. We can't say that we're not rooting for you to get your act together. Because it's just too depressing to write you off completely.