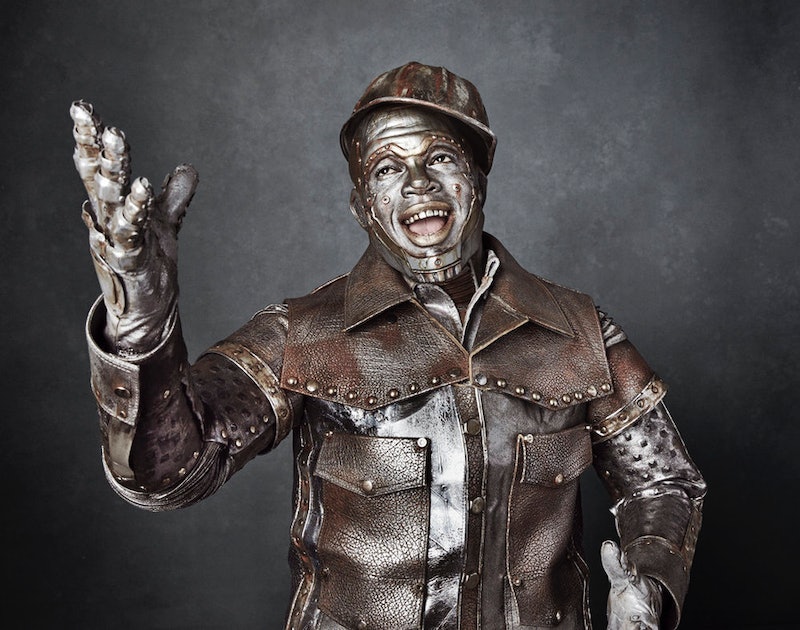 Ne-Yo has had music that has ruled the radio over the past few years. Now, the R&B artist seems to be taking over TV. During The Making of The Wiz Live! on Wednesday night, Ne-Yo previewed an original song "We Got It" for The Wiz Live! that he co-wrote with Harvey Mason Jr. and Stephen Oremus with Elijah Kelley. The new song will be featured in The Wiz Live!, which airs live on Dec. 3 on NBC. From the snippet I heard from "We Got It," the song is an upbeat tune that emphasizes teamwork and fulfilling your destiny. It should be a real musical treat during the stunning visual production planned for next week.

Ne-Yo, who has also written music for and appeared on Fox's Empire this season, is set to play the Tin Man and Kelley will portray the Scarecrow in next week's live musical extravaganza, which also stars Queen Latifah as The Wiz, David Alan Grier as the Cowardly Lion, Mary J. Blige as Evillene the Wicked Witch of the West, and Uzo Adoba as Glinda, the Good Witch of the South. Ne-Yo spoke highly of the brand-new song during the behind-the-scenes special. "It's one of the only songs all four friends [Dorothy, Tin Man, Cowardly Lion and Scarecrow] sing together," Ne-Yo told Billboard. "The feeling of it is us being right at the door of having our dreams come true; it rallies the troops and makes everyone realize we can do this if we do it together."

The Wiz musical is an adaptation of The Wizard Of Oz within the context of African-American culture and won seven Tony Awards in 1975, including Best Musical. The Broadway show was then adapted into a popular film starring Michael Jackson and Diana Ross in 1978. The musical features songs like "Ease on Down the Road," "What Would I Do If I Could Feel," and "Don't Nobody Bring Me No Bad News." The Wiz Live! is the third live NBC musical extravaganza exec produced by the powerhouse team of Craig Zadan and Neil Meron, the megaproducers who previously gave us all The Sound of Music Live! starring Carrie Underwood in 2013 and Peter Pan Live! starring Allison Williams and Christopher Walken last year.

And now, viewers and music lovers could get another great song from Ne-Yo.